At its fourth and last meeting of the year the ALLEA Board came together in Dublin on the kind invitation of the Royal Irish Academy (RIA) from December 7-8. At the meeting, the members of the Board discussed current and future activities as well as received an update on the latest developments concerning ALLEA’s involvement in the new Scientific Advice Mechanism (SAM).

The attending members were welcomed to the Academy by Professor Mary E Daly, President of the RIA and member of the Irish government’s Expert Advisory Group on Commemorations. The first day of the meeting started with a recap by Professor Stock on ALLEA’s recent activities including the announcement of  a follow-up project to the “Survey and Analysis on Academies SSH research in Europe” which was published earlier this year. Further updates on the status of preparations for the 2016 General Assembly at the Austrian Academy of Sciences and the 2016 Mme de Staël Prize for Cultural Values as well as the 2017 General Assembly to be held jointly with Academia Europaea at the Hungarian Academy of Sciences were also provided. 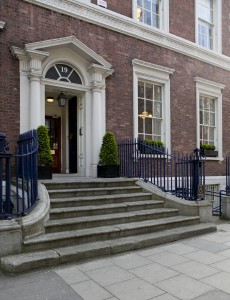 On December 8, the members of the Board reconvened to hear an update on the status of the Scientific Advice Mechanism (SAM) as well as ALLEA’s participation in the SAM Horizon 2020 call in cooperation with a new consortium of European academy organisations.

The meeting concluded with an overview of upcoming events in the next year, starting with the first Board Meeting of 2016 in Bucharest. Following the conclusion of the Board meeting, the members of the Board held a joint meeting with the Chairs of the ALLEA Working Groups.

The Royal Irish Academy champions Irish academic research. One of its principal roles is to identify and recognise Ireland’s world class researchers. It supports excellent scholarship and promotes awareness of how science and the humanities enrich our lives.

The Academy is an all-island independent forum that brings together the worlds of academia, government and industry, to address issues of mutual interest through major outreach events and legacy projects. Drawing on the expertise of its Members, the Academy makes a significant contribution to public debate and public policy formation on issues in science, technology and culture. The Academy leads important national research projects, particularly in areas relating to Ireland and its heritage. In addition, the Academy represents the world of Irish learning internationally, maintains and enhances a unique globally-recognised library and is a leading academic publisher.

On 2 December 2015, ALLEA participated in the second external stakeholder workshop on the Integration of Social Sciences and Humanities in Horizon 2020. The invitation-only workshop gathered a limited number of eminent experts from European and international scientific organisations active in the fields of social sciences and humanities as well as representatives from the European Commission, particularly from its Directorate-General for Research and Innovation. ALLEA was represented by Professor John Bell, Chair of the ALLEA Working Group on Social Sciences and Humanities (SSH) and Fellow of the British Academy.

The meeting followed up on a first workshop on “Embedding Social Sciences and Humanities (SSH) in Horizon 2020” held in Brussels in November 2014. With these workshops, the Commission intends to receive feedback from various involved SSH stakeholders on how to further improve the integration of research in the social sciences and humanities in Horizon 2020. In 2014, participants were invited to provide feedback on the quality of the integration of SSH in the first calls of Horizon 2020. Furthermore, they provided feedback on how to further improve true interdisciplinarity in the calls, with the SSH as an integral part of the research projects to be funded. This year’s workshop focussed on a discussion around the recently published Commission Monitoring Report on the integration of Social Sciences and Humanities in Horizon 2020 in the first calls for proposals of Horizon 2020.

The invited members of the scientific community concluded that considerable progress had been made in improving the integration of SSH. However, several Societal Challenges would still benefit from further integration while other areas even show a worrisome lack of SSH input at all. In agreement with the Commission’s conclusion that more efforts and actions are still required for the SSH to become an integral part of the development process for new research questions, the stakeholders identified several areas of improvement to strengthen the role of SSH in Horizon 2020 calls. It was noted that experts with SSH expertise constituted only a minority within H2020 Expert Advisory Groups as well as among proposal evaluators. In addition, Societal Challenges that would naturally require a stronger inclusion of Humanities subjects too often show low levels of inclusion (SC 6&7). In terms of geographic distribution, the participants raised concerns that countries from Central and Eastern Europe still show very low participation rates and project coordination is most often awarded to countries with strong infrastructure to support the preparation of bids.

In its concluding remarks the Commission reaffirmed its plans to continue the publication of an annual monitoring report. In addition, the importance of deeper SSH inclusion in “Societal Challenges” was underlined and concrete actions were highlighted to improve the integration of SSH in Horizon 2020. The Commission committed to continuing the fruitful and constructive exchange with the SSH stakeholder community and announced that the next stakeholder meeting will be held in June 2016.