The ALLEA Permanent Working Group Science and Ethics organised a policy workshop titled “Ethical Aspects of Open Access: A Windy Road” on 1 February 2018 at the Royal Flemish Academy of Belgium for Science and the Arts.

Please find the presentations of the day below:

Lars Bjørnshauge – Questionable and Unethical Publishers: How to Spot them and Enable Researchers to Avoid Being Trapped 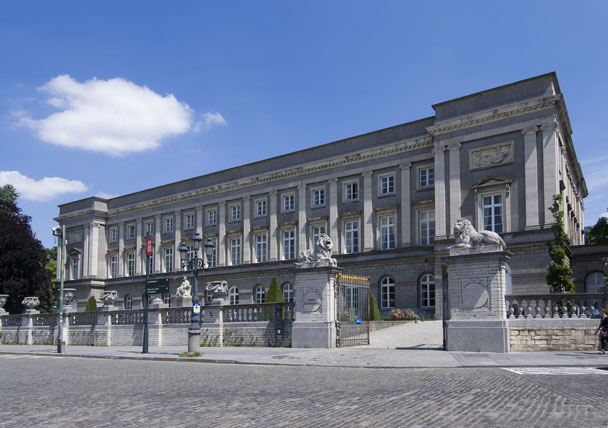 Facilitating access to research is a shared interest of the academic community: Open Access enables researchers to present their results more easily, opens up opportunities for researchers and institutions who cannot afford to subscribe to scientific journals, and allows for an easier use of publications in the classroom. But there are also unintended consequences. In some cases the costs have to be paid by individual researchers or institutions who cannot do so. Furthermore, it has led to an increase of predatory journals, retractions, and fake editors. How are these problems to be dealt with, or rather, how can the opportunities be maximized and the threats minimized? These questions will be addressed at this workshop, which involves eminent experts from different parts of the world and from all relevant sectors involved in or affected by the on-going debate on open access publishing.

ALLEA will hold its 19th General Assembly at the Bulgarian Academy of Sciences (BAS) in Sofia on 16-18 May 2018. The event comprises a scientific symposium on “Science in Times of Challenged Trust and Expertise”, as well as a science-policy symposium co-organised by the European academies’ project SAPEA.

As in previous years, the event is held in conjunction with ALLEA’s annual business meeting (closed), which brings together delegates from the 59 ALLEA Member Academies.

On 16 May 2018, the event will feature the 2018 award ceremony of the All European Academies Madame de Staël Prize for Cultural Values, which will be rounded off by a festive evening reception in the Archaeological Museum of the Bulgarian Academy of Sciences.

Registration to the event will open in the beginning of 2018.

ALLEA, together with academic organisations representing the Social Sciences and Humanities (SSH) in Europe, publishes the joint statement “Living Together: Missions for Shaping the Future” . The signatories call for more inter- and transdisciplinarity and a conscientious framing of ‘missions’ in the future EU Research and Innovation Framework Programme 9 (FP9), putting forward suggestions that take account of social, cultural, legal and ethical challenges ahead. 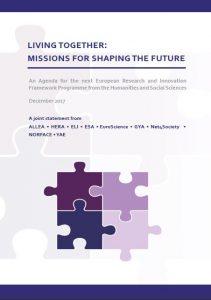 The statement responds to a call by the High-Level Group on maximising the impact of EU Research & Innovation Programmes, the so called “Lamy-Group”, to “adopt a mission-oriented, impact-focused approach to address global challenges”.

The signatories critically reflect on the type and scope of missions needed to adequately respond to societal challenges Europe faces in the years and decades to come. According to the statement, “these challenges require concerted efforts within and outside Europe, cutting across borders, cultures, languages, disciplines, sectors and institutions. However, we believe that the concept of ‘missions’ deserves to be discussed and developed further.” Mission-oriented research should thus:

(1) be “transformative in that it generates new knowledge and understanding”,
(2) acknowledge that “innovation is more than technology”,
(3) not be too constrained on specific end-products and “a premature identification of indicators of success or failure”,
(4) be open to researchers to come up with projects of all sizes to produce innovative ideas (bottom-up approach),
(5) “integrate all countries and regions in order to counter the research and innovation divide in the European Research Area” and maintain openness towards collaboration with non-EU countries. 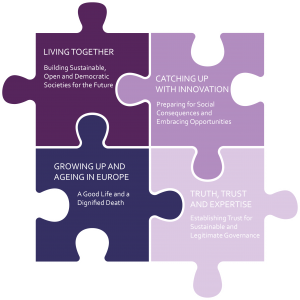 Initiated by ALLEA’s and HERA’s (Humanities in the European Research Area) respective working groups on Framework Programme 9, this statement was jointly prepared and signed by the European organisations:

SAPEA (Science Advice for Policy by European Academies) has published its first Evidence Review Report titled Food from the Oceans, which examines the question of how the ocean can help satisfy the global demand for food. 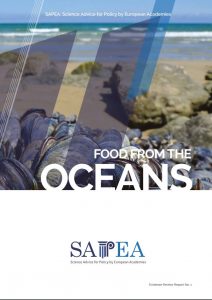 As an integral part of the Scientific Advice Mechanism (SAM), SAPEA was asked to produce this Evidence Review Report to underpin the Scientific Opinion of the High Level Group (HLG), in response to a request from Commissioner Vella (DG MARE). The request asked for advice on the question: “How can more food and biomass be obtained from the oceans in a way that does not deprive future generations of their benefits?”

The Evidence Review Report warns that in our extraction of food from the oceans, ‘business as usual’ is not sustainable from social, economic and environmental viewpoints. The report suggests a number of options, which inform the recommendations of the HLG Scientific Opinion. It states that the only way to obtain significantly more food and biomass sustainably from the ocean is to harvest seafood that on average is from a lower trophic level (lower in the food chain) than we currently harvest.

To produce Food from the Oceans, SAPEA worked with academies across Europe and the European Academy Networks to bring together experts in a range of disciplines. The experts formed working groups which were chaired by Professor Poul Holm (Trinity College Dublin) and Professor Dag Aksnes (University of Bergen). Academia Europaea led on this topic.

“This substantive opinion and comprehensive evidence review shows that the Commission’s Scientific Advice Mechanism is going from strength to strength. I am confident that the value of this opinion will be recognised not just by European policy makers, but also by national governments and all those who care about the future of our oceans.”

Professor Günter Stock, 2017 Chair of the SAPEA board said:

“Interdisciplinarity and world class expertise from across Europe are SAPEA’s core strengths, and this report has successfully incorporated these under the leadership of Academia Europaea. I look forward to SAPEA’s future collaborations with the SAM High Level Group, ensuring that scientific advice is informed by expertise from academies across Europe.”

“In Food from the Oceans, we believe we have established an attractive model for future SAPEA projects. I would like to thank the academies across Europe and their experts who have contributed their valuable knowledge to this report. I express my gratitude to everyone involved in making Food from the Oceans a success, ensuring that the Evidence Review Report was delivered on time and to an excellent standard.”

Download the SAPEA Food from the Oceans Evidence Review report 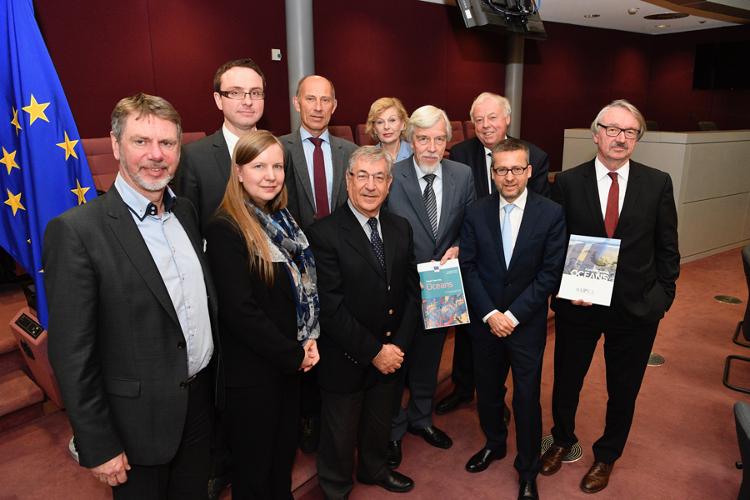