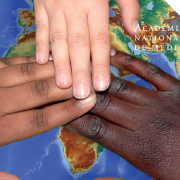 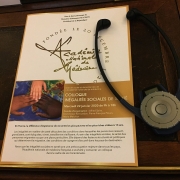 Inequalities in health may have different causes, yet the most persistent and man-made are linked to the social factor. Socio-economic position, education or access to healthcare are likely to have considerable impact on our physical and mental wellbeing, as they do on the susceptibility to diseases. So what can societies and especially lawmakers do to reduce the inequalities caused by these factors?

Around 200 researchers, civil society representatives, and members of the public discussed these and further questions at the “Social Inequalities in Health Symposium“. The event was organised by Académie nationale de médecine in partnership with ALLEA and FEAM, the Federation of European Academies of Medecine, and took place on 22 January 2020 in Paris.

‘Sadly, health inequalities in all European countries are increasing even though we know many of the causes. It was stressed at the symposium that with so much evidence at our disposal we need to act decisively and bring stakeholders from research, civil society, policy and the wider society together to develop policies concerning inequalities.‘, says Professor Graham Caie, Vice President of ALLEA, who chaired the session on health systems, education and mental health. ‘Medical, social and educational factors of health inequalities are closely interlineked and require a multidisciplinary approach. Our networks of academies can assist with finding the best experts to investigate this vitally important topic.’

The recent symposium in Paris followed a successful joint conference of ALLEA and FEAM in November 2019 in Brussels. This event looked further into exploring how vulnerable groups such as migrants often find themselves challenged for various reasons, from language barriers to adaptability of healthcare systems in receiving countries.

The following day, invited experts from across Europe and North America attended a workshop focusing on key methodologies of health inequalities research. This meeting emerged from a joint ALLEA-FEAM-KNAW (the Royal Netherlands Academy of Arts and Sciences) project that seeks to synthesise the evidence-base and identify consensus among the various disciplines involved in the subject of health inequalities. A subsequent expert workshop will address causalities and socioeconomic inequalities in health will take place on 18 March in Berlin. 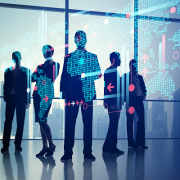 Baroness O’Neill of Bengarve, past President of the British Academy and fellow of the Royal Society, and co-chair of the ALLEA Working Group Truth, Trust and Expertise, reflects on the contradictions of public opinion and actual behaviour vis-a-vis the alleged loss of trust in science and experts.

Do we witness a loss of trust in science and expertise today?

I personally have been working on trust and trustworthiness for about 15 years. It has become a much hotter topic because of the widespread perception that people are claiming not to trust experts and not to trust science. However, I am quite sure most members of the public don’t claim any such thing: people who have a tooth problem still want an expert dentist rather than a car mechanic when they want to have that problem fixed. People do not generally reject expertise of all sorts, but they tend to snipe at certain sorts of expertise.

What sorts of expertise do people tend to mistrust?
You hear some people say that they do not trust scientists and technology, but the same people certainly pay large amounts of money to have the latest tech devices. Some people claim not to trust doctors, yet as soon as they get sick, they want to be treated by the best specialists available. People also claim not to trust bankers, but they most likely have a bank account. There is a great difference between what people say and what people are actually doing. I do not think there is much evidence that people do not trust other individuals with appropriate expertise for different tasks, but they claim to mistrust, and they very often have a suspicious or hostile attitude to certain scientists and researchers. In addition, if we look at the polls, people claim not to trust all sorts of people, the least trustworthy being politicians, and the most trustworthy being nurses.

Why is there such a mismatch between people’s stated opinions and their actions?
Words are cheap. It is very easy to claim to mistrust certain forms of expertise, even if you actually rely on that form of expertise. Why has it become fashionable to claim not to trust experts? That, I think, is a fascinating question, and I suspect it is that we see a great deal of mud thrown at most forms of expertise in the public discourse all the time. We see a great deal of sensationalist media coverage of the ‘bad apples’, the questionable cases that sell well, and then we say: ‘Oh, well, you can’t trust them!’. People will often say, for example, that the schools nowadays cannot be trusted anymore, but at the next turn will say that their children’s specific school is a rather good school. There are these free-floating attitudes which often very much vary with the ways people act and how they lead their lives.

How important is an interdisciplinary approach when addressing questions on ‘how to do trustworthy science’?

I think an interdisciplinary approach to questions about the way we do science is absolutely essential. First of all, you cannot actually divide scientific research down and say we should handle physics this way, chemistry that way and social sciences in that other way. All disciplines are greatly interconnected, so we need a common framework. In fact, we already do have a common framework in place – although it might probably be the wrong framework – when it comes to modes of accountability and the forms of regulation that have been imposed on the research community during the last 20 or 30 years. My suspicion is that such a top down, one size fits all approach of regulation has rather led to a loss of trust rather than its reestablishment.

What questions should we start asking ourselves regarding such regulatory systems?

One of the questions that we need to ask is whether the regulatory systems and the forms of accountability that we have been establishing – at great cost – for the conduct of science, universities, university teaching, publishing, and so on, are indeed effective. They are certainly laborious, and they use up a great deal of research time, but laborious does not necessarily equate to effective. Some of the systems of accountability that we have put in place sometimes make it harder for scientists to do their primary tasks. These questions need to be reopened and addressed.

This interview took place at the British Academy in London on 19 February 2018 and was originally published in ALLEA Newsletter Issue #16: November 2018 | Focus on Academic Freedom