Koen Lenaerts, President of the Court of Justice of the European Union (CJEU) and Professor of European Law at the University of Leuven, receives the 2017 All European Academies Madame de Staël Prize for Cultural Values

In honour of his extensive scholarly work on European law and his reflections on European jurisdiction, Professor Koen Lenaerts became the fourth scholar to be awarded the ALLEA Prize, kindly co-sponsored by Compagnia di San Paolo. 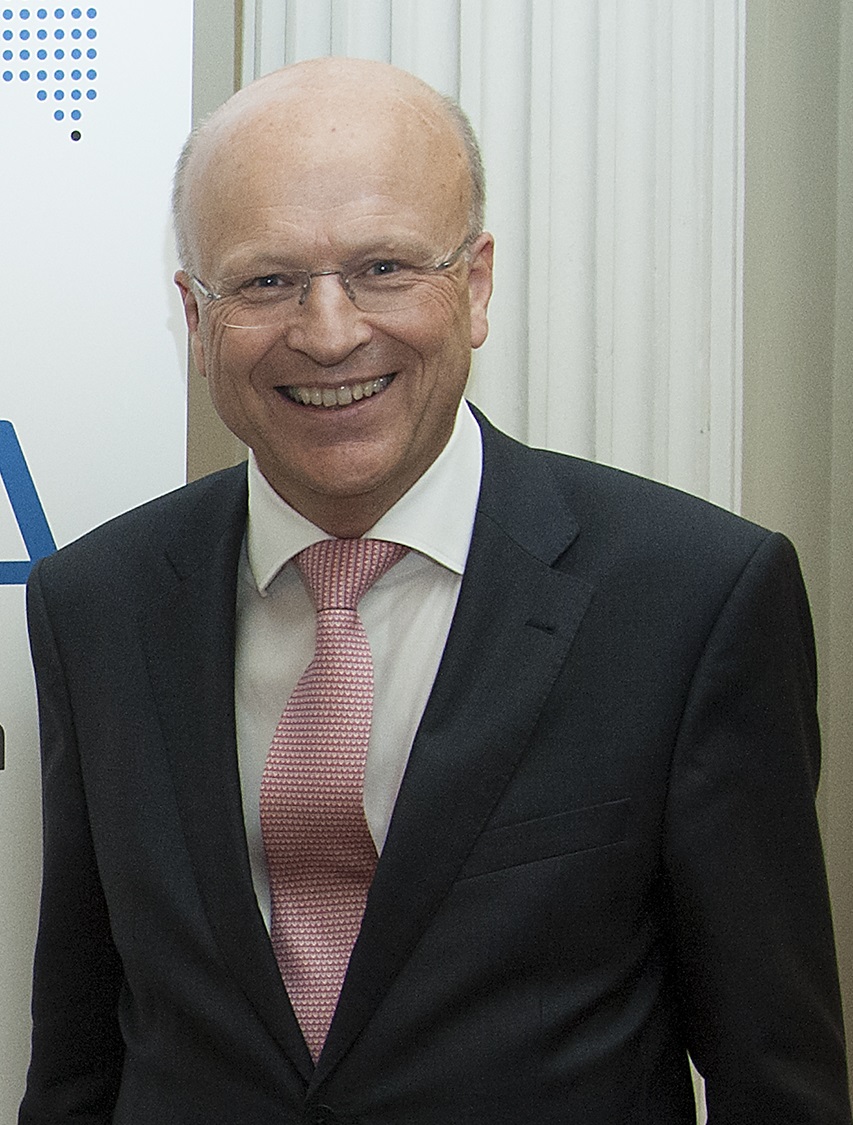 Koen Lenaerts was born in 1954 in Mortsel, Belgium. He is professor of European Law at the Katholieke Universiteit Leuven since 1983, and became President of the Court of Justice of the European Union on 8 October 2015, after serving as its Vice President since 2012.

Professor Lenaerts’ work represents not only an invaluable contribution to the understanding of the judicial system of the European Union, but also a wealth of analysis on the case law of the Court of Justice. His publications include: Constitutionalism and the many faces of federalism (1990), Interlocking legal orders in the European Union and comparative law (2003), In the union we trust: Trust-enhancing principles of community law (2004), The rule of law and the coherence of the judicial system of the European Union (2007), Exploring the Limits of the EU Charter of Fundamental Rights (2012), How the ECJ Thinks: A Study on Judicial Legitimacy (2013), The Principle of Democracy in the Case Law of the European Court of Justice (2013), La vie après l’avis: Exploring the principle of mutual (yet not blind) trust (2017), among others.

Koen Lenaerts holds a Ph.D. in Law by the Katholieke Universiteit Leuven, with a comparative study analysing the constitutional case-law of the European Court of Justice and the American Supreme Court. He also has a Master of Laws and Master in Public Administration by Harvard University. He has previously served as Visiting Professor of Law at Harvard University (1988-1989) teaching courses on European Law, and as Professor at the College of Europe in Bruges, Belgium (1984-1989).

The 2017 ALLEA Prize Award Ceremony took place at the Hungarian Academy of Sciences in Budapest on 4 September 2017, following the ALLEA General Assembly and as part of the opening ceremony of the ALLEA-Academia Europaea joint conference on “Sustainability and Resilience.”

The 2017 ALLEA Prize Laureate Koen Lenaerts was introduced by former ALLEA President Günter Stock and the laudatory speaker Sir David Edward, former judge of the European Court of Justice and Fellow of the Royal Society of Edinburgh.

ALLEA President and chairman of the Prize jury, Professor Günther Stock, emphasised that the Madame de Stael Prize serves to remind us that, despite variations in definition and geographical boundaries over the centuries, there has always been a deep-rooted understanding of European culture as rooted in an inherent openness supported by a dynamic and vigorous intellectualism. He added that:

“This Prize feels especially pertinent this year – in a time when the cultural diversity of Europe seems to be increasingly threatened by scepticism, extremism and instability. Law is at the origin of the European idea and the basis for free societies, and this year the Prize Jury decided to honour a scholar with a truly European track record in law. President Lenaerts is an outstanding scholar and at the same time an exceptional promoter of European jurisdiction.” 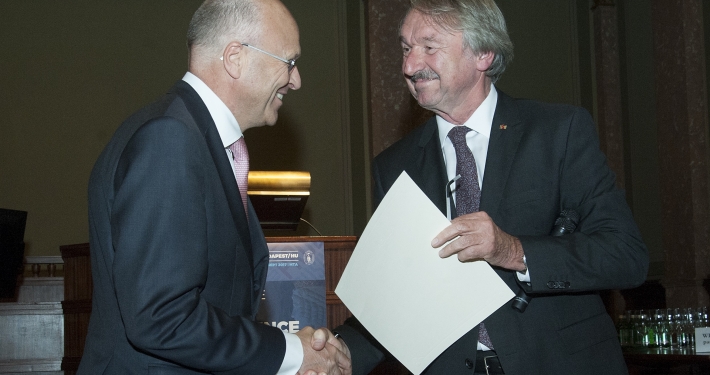 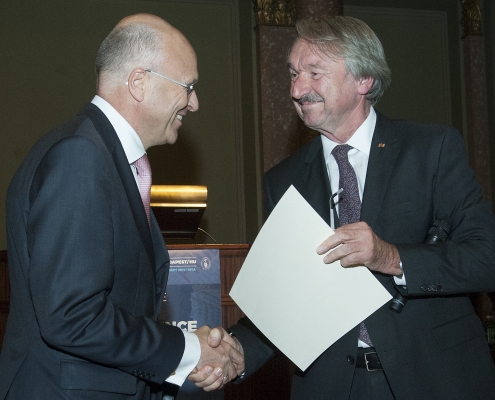 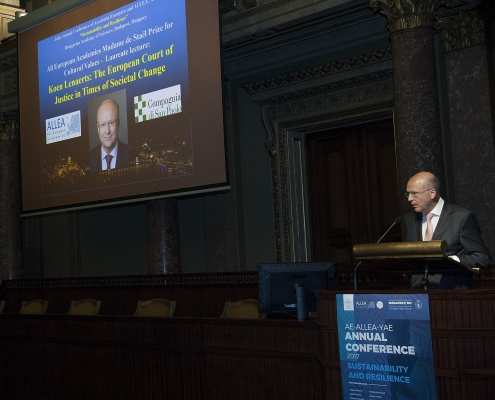 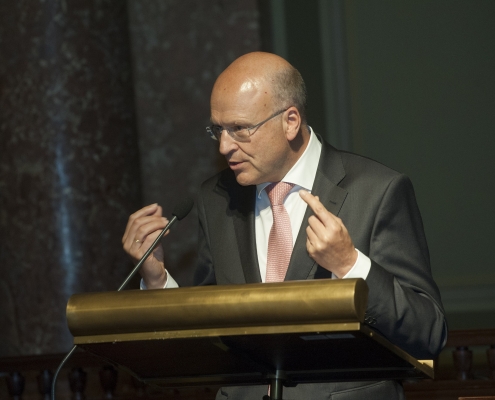 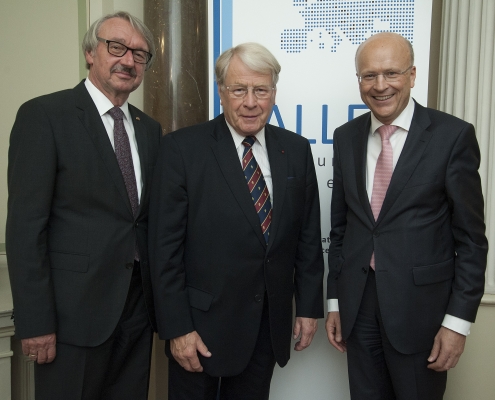 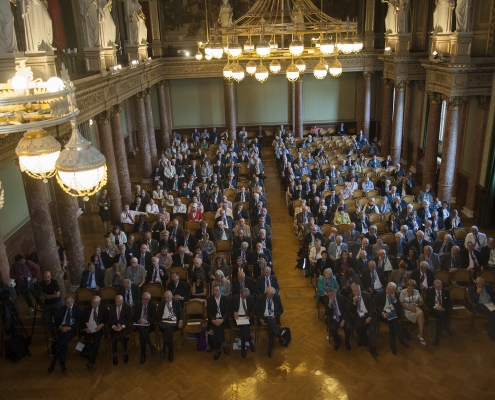