Blog - Latest News
You are here: Home1 / 150th Anniversary of the Bulgarian Academy of Sciences

The Bulgarian Academy of Sciences (BAS) celebrated its 150th anniversary on 11-13 October in Sofia. ALLEA, represented by its Vice-President Graham Caie (Royal Society of Edinburgh), joined the commemorative event, which was attended by prominent national and international policy and research-related representatives.

In his speech, ALLEA Vice-President remarked that “the history of this academy is testament to how evidence-based science as a common good, transgresses natural borders, to deliver knowledge not only at national and regional levels, but also to the global community.”

“The academy has proven its excellence in providing policy for the development of science and research, for instance, by accounting for about half of the scientific output in Bulgaria, by establishing c. 50 research units, as well as through its active participation in the European Research Area. […] The academy’s importance for advancements in scientific research and policy for Bulgaria, the Balkans, for Europe and globally, is therefore evident and highly admirable”, he said.

BAS has been an active member of ALLEA as one of its founding academies and hosted the 2018 General Assembly.  ALLEA warmly congratulates the academy on reaching this milestone and wish them continuing success in upholding scientific integrity and research. 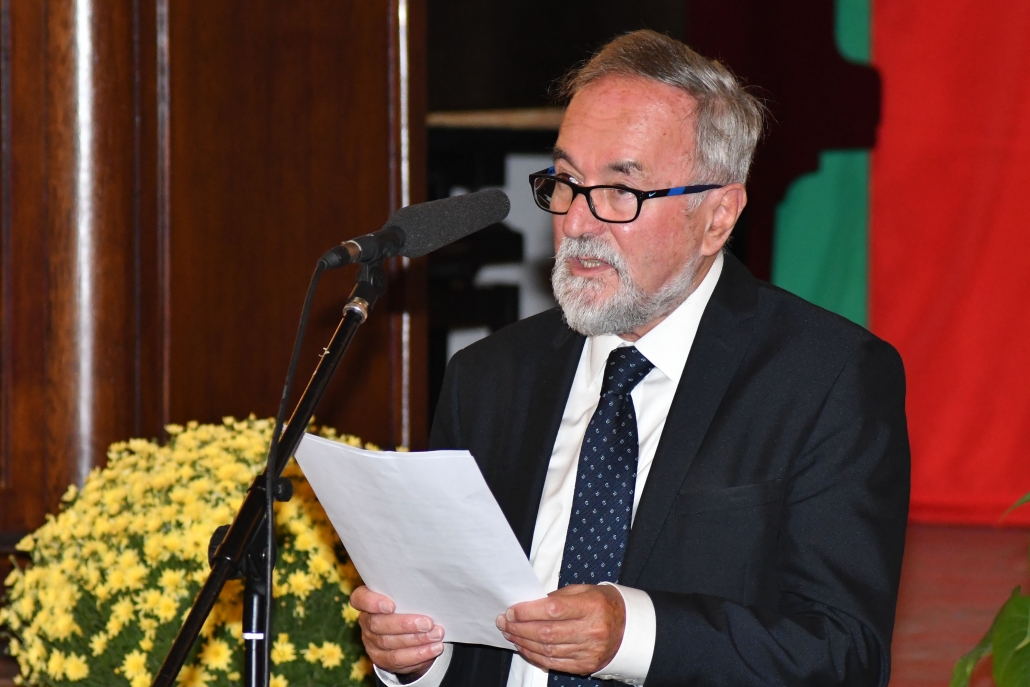 Vice-President Graham Caie (Royal Society of Edinburgh) giving his speech. Photo by courtesy of the Bulgarian Academy of Sciences (BAS).

The Future of Science Advice in Europe
Scroll to top