The ALLEA book series Discourses on Intellectual Europe seeks to explore the question of an intrinsic or quintessential European identity, its roots, and how European scientists and scholars can actively contribute to the discourse that will shape Europe’s future. Particularly in times of crisis and rising scepticism towards the idea of European integration, the ALLEA book series represents an effort from the scientific community in tackling the growing lack of commitment and trust towards Europe as a cultural and intellectual region. Due to their long-standing tradition of preserving, securing and making available the cultural heritage of Europe, Academies of sciences and humanities are in a special position to show and promote Europe’s intellectual and cultural richness.

The book series forms part of a wider set of ALLEA activities directed towards these objectives and will help send the message that the European Academies are prepared and willing to join the debate on the future of Europe. Another major component of this set of activities is the All European Academies Madame de Staël Prize for Cultural Values, which, in a similar spirit to the book series, honours excellent European scholars whose work represents a significant contribution to the cultural and intellectual values of Europe and to the idea of European integration.

In Discourses on Intellectual Europe, major topics of pan-European interest and importance are addressed by eminent fellows of European academies and outstanding scholars of various European countries in order to gather views from different national and cultural perspectives. This concept as well as publishing each article in both the original language and English translation reflects the diversity of languages and cultures in Europe and represents a differentiating characteristic for the series.

The Boundaries of Europe 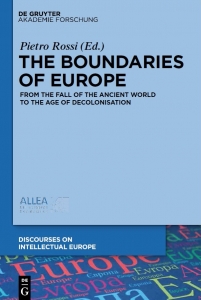 The first volume of Discourses on Intellectual Europe is titled “The Boundaries of Europe.” The contributions span a range of topics including the Mediterranean as a frontier, the confrontation between Christianity and Islam in a European context, the Scandinavian conquests, and European expansion and dynamics towards both the east and west. The volume aims to outline, in the perspective of a global history, the transformation of Europe’s boundaries from the fall of the ancient world to the age of decolonisation, i.e. to the end of the endeavour to “Europeanise” the earth. The first volume of Discourses on Intellectual Europe is available for readers here. Additionally, a hardcover and paperback edition are also available for purchase here.

The Role of Music in European Integration 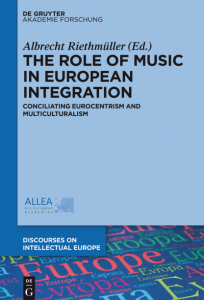 The second  volume is titled “The Role of Music in European Integration”. The volume focuses on music during the process of European integration since the Second World War. Often music in Europe is defined by its relation to the concept of Occidentalism (Musik im Abendland; western music). The emphasis here turns rather to recent manifestations of its evolvement in ensembles, events, musical organisations and ideas; questions of unity and diversity from Bergen to Tel Aviv, from Lisbon to Baku; and deals with the tension between local, regional and national music within the larger confluence of European music. The status of classical and avante-garde music, and to a degree rock and pop, during Europe’s development the past sixty years are also reviewed within the context of eurocentrism – the domination of European music within world music, a term propagated by anthropologists and ethnomusicologists several decades ago and based on multiculturalism. Conversely, the search for a musical European identity and the ways in which this search has in turn been influenced by multiculturalism is an ongoing, dynamic process. 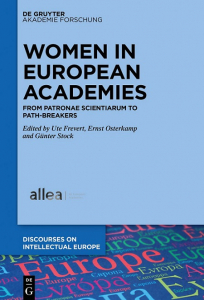 The third volume is “Women in European Academies — From Patronae Scientiarum to Path-Breakers”. The volume examines the lives and achievements of women who played determining roles in the history of European academies and in the development of modern science in Europe. These persevering personalities either had a key influence in the establishment of academies (“Patronae Scientiarum”) or were pioneering scientists who made major contributions to the progress of science (“path-breakers”). In both cases, their stories provide unique testimonies on the scientific institutions of their time and the systemic barriers female scientists were facing.

All of the volumes of Discourses on Intellectual Europe are compiled and edited by eminent European scholars from ALLEA Member Academies, with the ALLEA President acting as the series editor.