When considering the potential of New Genomic Techniques (NGTs) for crop improvement, such as genome editing using the CRISPR-Cas technology, (see ALLEA’s work on New Genomic Techniques), the protection of intellectual property (IP) rights is a critical concern. To address these issues in support of a more equitable system, ALLEA has now established a dedicated Task Force consisting of some of Europe’s leading experts on the topic.

At present, academic researchers and small breeders are concerned they are unable to fully benefit from these powerful technologies as they are typically being patented and monopolized by a number of big multinational companies. In addition, because the changes introduced by NGTs can often not be distinguished from those created by conventional methods, traditional breeders are concerned they might unwilfully infringe a patent that protects a variety they were developing over many years by traditional breeding techniques.

In summary, the current EU patent and licensing system can be considered a clear competitive disadvantage for academic researchers and smaller breeders, and its complexity creates uncertainty for those willing to use NGTs and their products. The new ALLEA Task Force will therefore explore a central question:

How can we ensure that European researchers, small/traditional breeders, and farmers can avoid the unwilful infringement of patents and fully benefit from New Genomic Techniques and their products?

The Task Force met online for the first time on Tuesday 15 November 2022, and intends to present its findings and recommendations in an ALLEA Statement aimed at breeders, researchers, and national and EU policymakers. Several potential solutions will be explored, ranging from promoting increased transparency and skills to navigate existing patents and licences to possible recommendations for reforming the European patent system. The Task Force will listen to a variety of perspectives, including those from patent holders, small breeders, and NGOs, in their search for solutions that support a more equitable and balanced system.

ALLEA seeks to provide the best independent and up-to-date scientific advice on topics of societal importance and does this by bringing together the most qualified European experts, irrespective of their individual connections and affiliations. The newly formed Task Force consists of the following members: 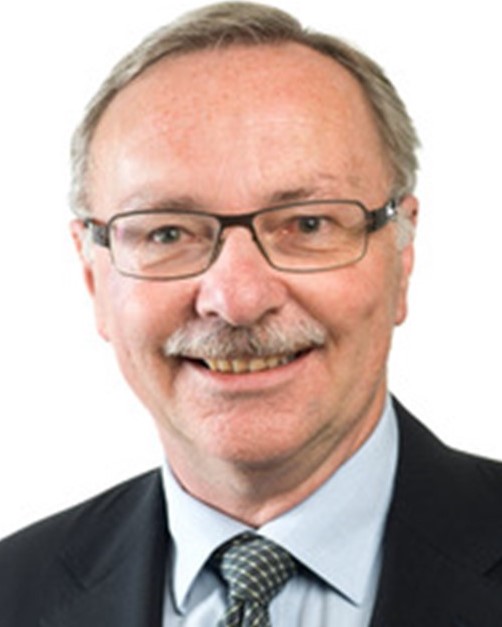 Heinz Müller is a retired biochemist educated at the ETH Zürich. He was conducting research in the US and at universities in Switzerland. Furthermore, he joined the Swiss Federal Institute of Intellectual Property where he was a patent expert for almost 20 years. During this time, he started to lecture on intellectual property in different Swiss universities Since many years he is a member of the Forum for Genetic Research at the Swiss Academy of Sciences dealing with plant as well as with animal and human gene technologies. More information 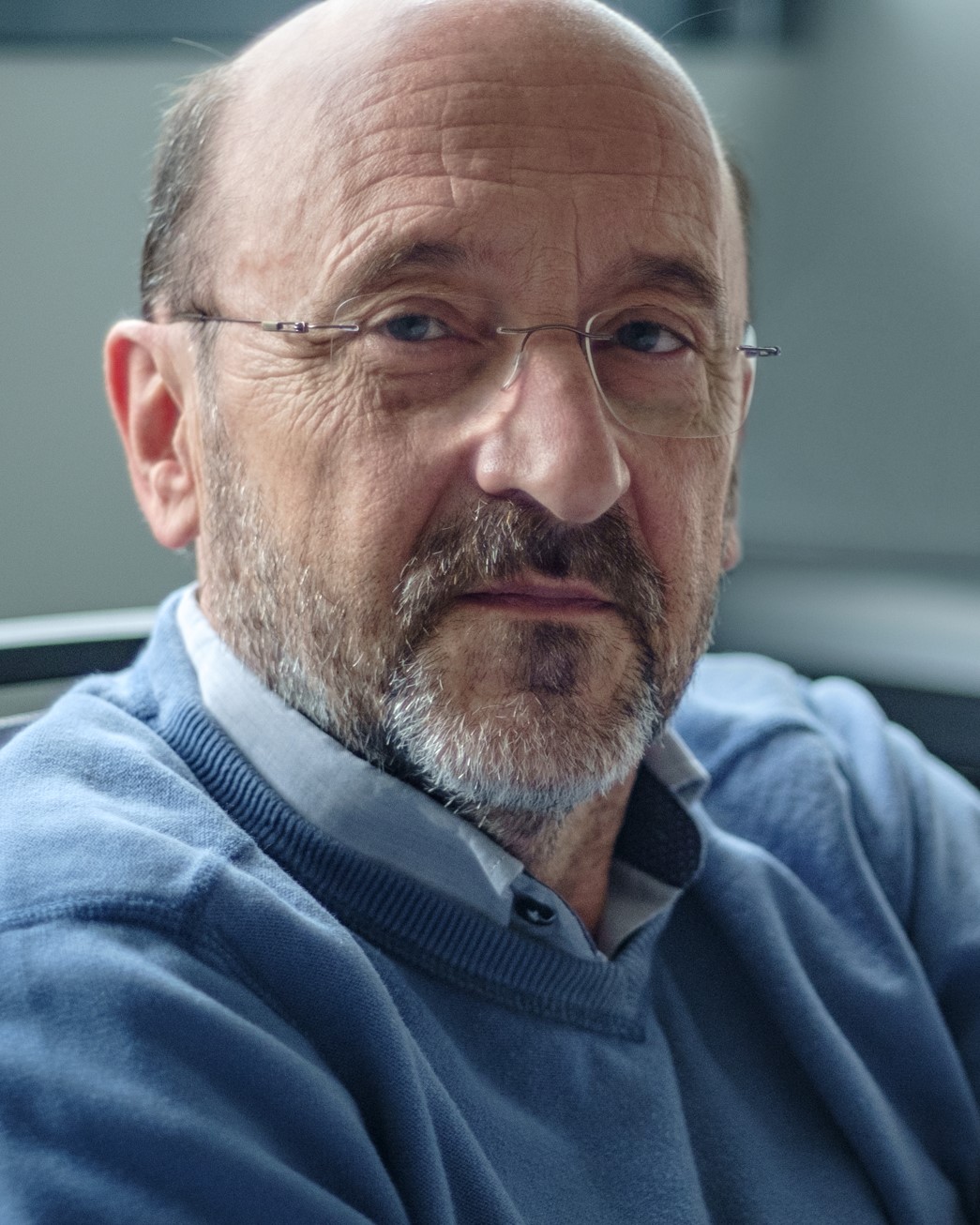 Pere Puigdomènech has a degree in Physics from the University of Barcelona, and a doctorate in biological sciences from the Autonomous University of Barcelona. His current field of research is Plant Molecular Biology and Genomics. He has published 150 scientific articles in refereed journals and books, 2 patents, 5 books on popular science and scientific fiction, and supervised 18 Ph.D. theses. He has published more than 500 articles on science in renown Spanish as well as international scientific journals. Puigdomènech has been a member of the scientific staff of the Spanish Research Council (CSIC) since 1981, and he presently serves as Emeritus Research Professor in the CSIC’s Centre for research in Agricultural Genomics in Barcelona. He is a member of the Institute of Catalan Studies, the Royal Academy of Sciences and Arts of Barcelona, and ALLEA Board Member. More Information 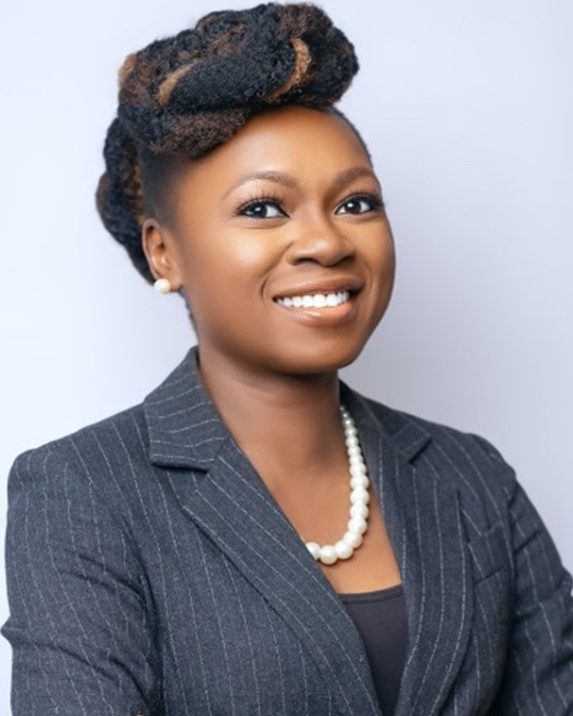 Titilayo Adebola is the Theme Coordinator for Intellectual Property Law and Associate Director of the Centre for Commercial Law at the University of Aberdeen School of Law where she teaches intellectual property law, international trade law and international food law. She is the President of the African International Economic Law Network (AfIELN), an Expert Advisor to the Drafting Committee of the African Continental Free Trade Area’s (AfCFTA) Intellectual Property Protocol and a Senior Advisor to the United Nations Special Rapporteur on the Right to Food. Dr Adebola is an Editor of Afronomicslaw.org, the leading resource on international economic law as it relates to Africa and the Global South and the Founding Editor of Flora IP, an innovative resource on food, agriculture and intellectual property. She publishes and speaks globally on her specialist interests. Dr Adebola is a Fellow of the Higher Education Academy. She is also dually qualified as a Barrister and Solicitor of the Supreme Court of Nigeria. She received her PhD and LLM from the University of Warwick. More Information 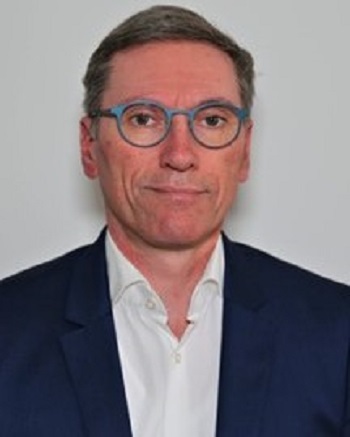 Sven Bostyn (LLB, Lic. Jur., LLM, PhD, Dr. Jur.) is Associate Professor of Innovation Law at the Faculty of Law, University of Copenhagen, an Assistant Professor of Intellectual Property Law at the Institute for Information Law (IVIR) of the University of Amsterdam, Visiting Professor at the Universities of Turin and Catania (Italy) and Tongji University (Shanghai), and consultant in IP. He is also a regular guest professor at CEIPI in Strasbourg. His research focuses on innovation and innovation incentive mechanisms in various areas of technology, encompassing also intellectual property right protection for plants and plant varieties. Between 2013 and 2016, he was the Chair of the Expert Committee at the European Commission on the development and implications of patent law in the field of biotechnology and genetic engineering, after having been a member of and Rapporteur at an earlier European Commission Expert Group (2003-2006). He is the author of more than 70 single authored peer reviewed publications, and has delivered more than 200 conference and seminar speaker engagements. More Information 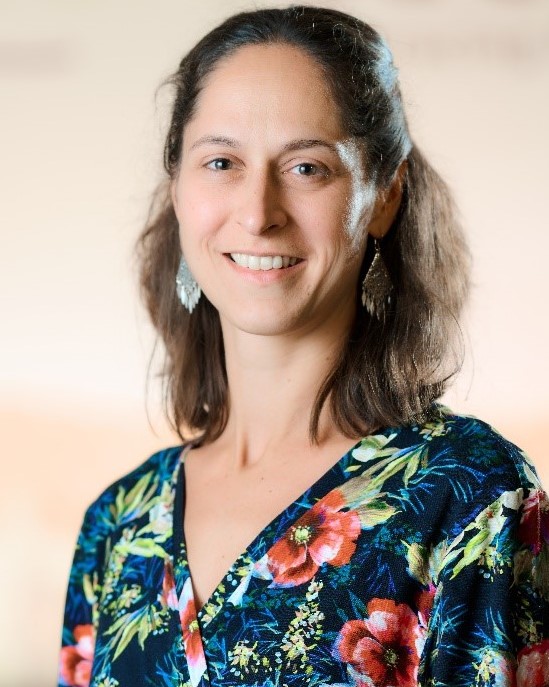 Szonja Csörgő is Director IP & Legal Affairs at Euroseeds. She is Hungarian and holds a degree in Law from ELTE Budapest University, an MA in French and European Law from Panthéon-Assas University (Paris) and an L.LM. in IP and Competition Law from the University of Liège. Within Euroseeds she is primarily responsible for issues related to intellectual property protection and access to plant genetic resources. She has been following the discussions on the interface between patents and plant breeder’s rights in the past 13 years representing the views of European plant breeders. She was also a member of the European Commission’s Expert Group on implications and developments in the field of patent law and biotechnology between 2013 and 2016. Her commitment to this matter derives from the desire to minimize any unexpected hurdles that breeders may face in their practical daily work. More Information 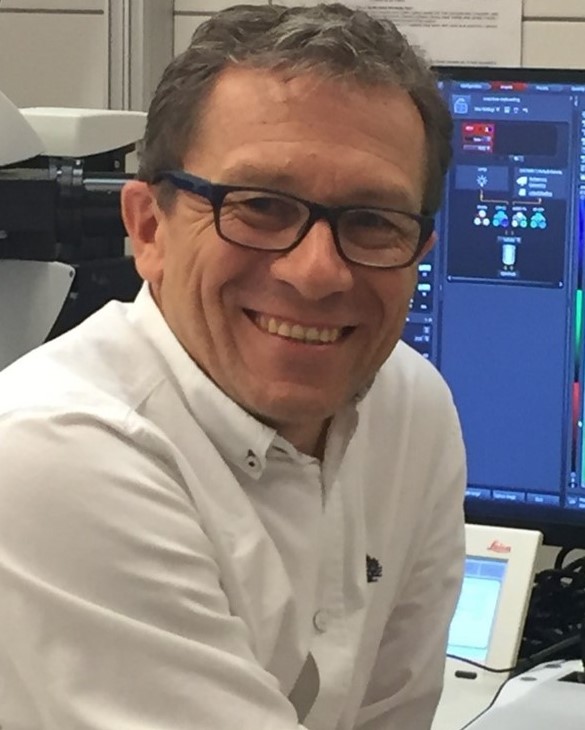 Marcin Filipecki is a plant biologist working in the Institute of Biology at the Warsaw University of Life Sciences in Poland. His scientific work focuses on the molecular mechanisms of plant-parasite interactions and how this knowledge can contribute to crop improvement. In his research, he uses genome editing tools as well as conventional plant transformation with various gene constructs to improve plant resistance to pests, such as parasitic nematodes and spider mites. Marcin is also active on the boundary between science and society, he is active as a member of the Committee of Biotechnology at Polish Academy of Sciences and a member of the EU-SAGE network. More Information 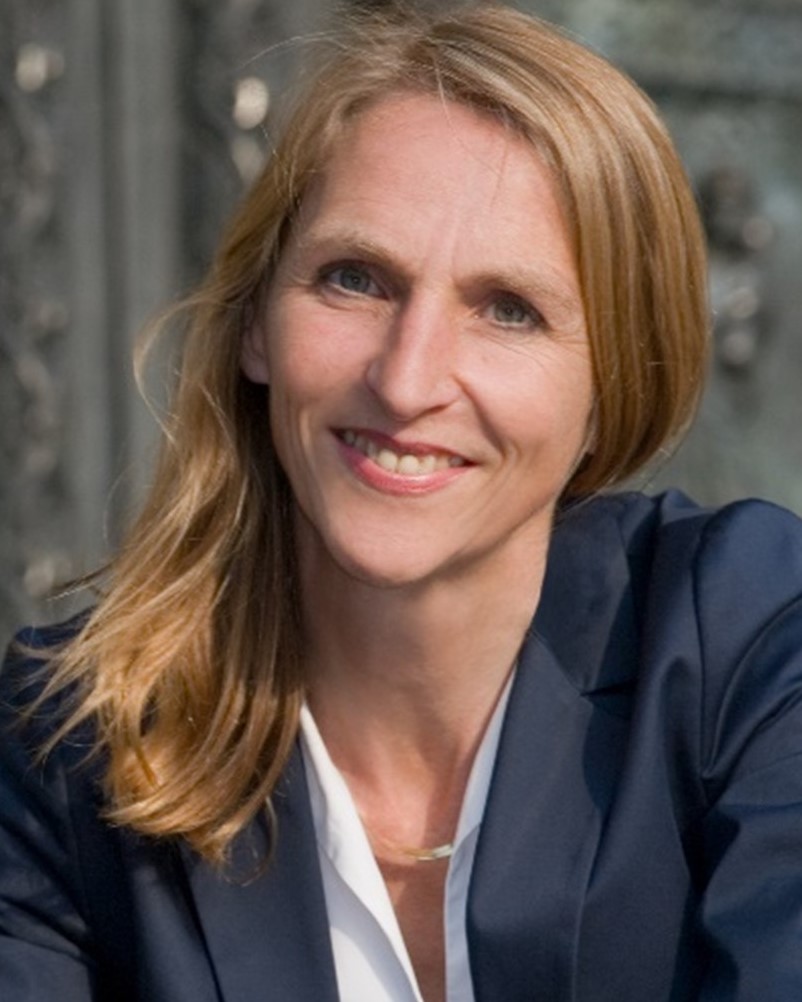 Christine Godt holds a chair for European and International Economic Law at the University of Oldenburg (since 2010) and is director of the Hanse Law School. State exams 1991 and 1997, PhD 1995, habilitation 2005. Her research focusses on immaterial property and genetic resources. With regard to NGTs, she submitted several publications (2017, 2018, 2021; all available via her webpage), and was invited to public lectures (lately on the systematic challenges caused by gen-editing to the legal IP-system: GRUR-Annual Meeting 6 Oct. 2022). Most recently, she published the results of a long-term basic research project on a comparative legal analysis of boundaries to information property (Intersentia 2022). More Information 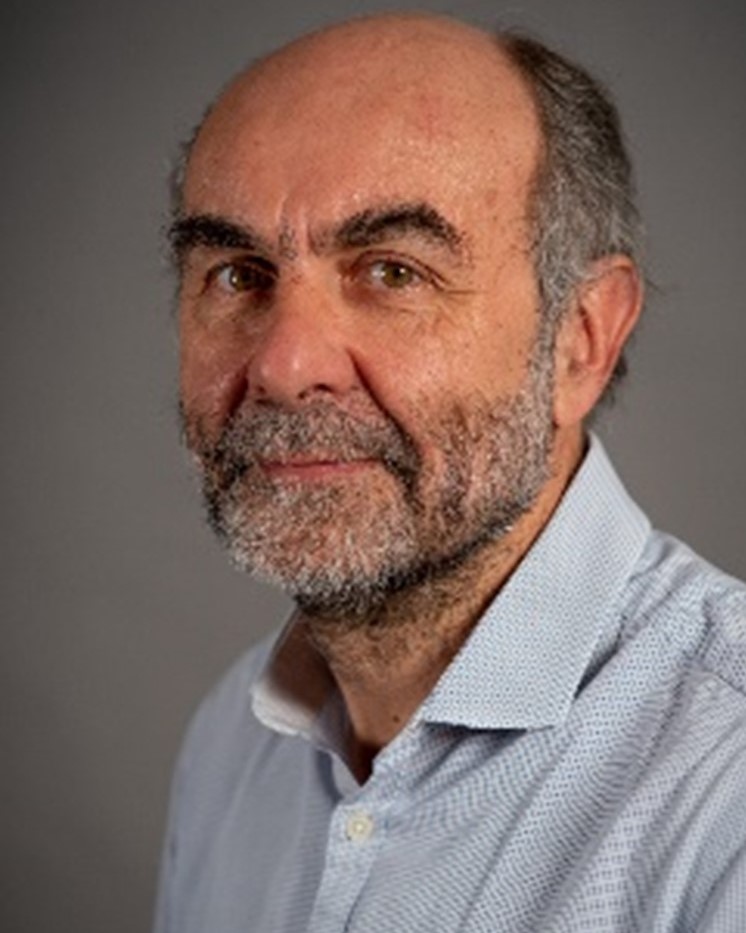 Philippe Lénée, PhD in biotechnology and agronomy engineer has twelve years of experience in research in biotechnology in a private seed company and four years of executive management as operations director of a food factory. In 2003, he was CEO of INRAE Transfert, the INRAE subsidiary in charge of technology transfer of innovations and management of European R&D projects. In November 2015, Philippe Lénée became director of public/private partnerships and technology transfer of the French National Research Institute for Agricultural, Food and Environment (INRAE). His responsibilities encompassed: intellectual property, technology transfer, creation of start-up, and R&D partnerships with industry in agriculture, food and environment. The INRAE portfolio counted 570 research contracts with private bodies, 350 patents families and 420 active licenses on various domains including plant biotechnology. More Information