You are here: Home1 / Pere Puigdomènech 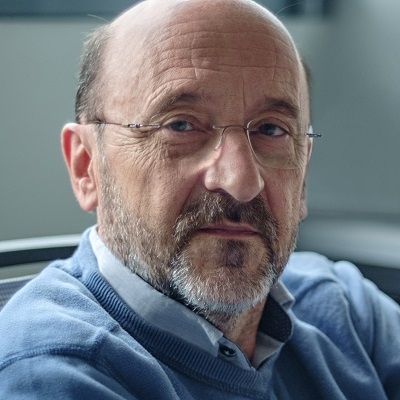 Pere Puigdomènech has a degree in Physics from the University of Barcelona, and a doctorate in biological sciences from the Autonomous University of Barcelona. His current field of research is Plant Molecular Biology and Genomics. He has published 150 scientific articles in refereed journals and books, 2 patents, 5 books on popular science and scientific fiction, and supervised 18 Ph.D. theses. He has published more than 500 articles on science in renown Spanish as well as international scientific journals. Puigdomènech has been a member of the scientific staff of the Spanish Research Council (CSIC) since 1981, and he presently serves as Research Professor in the CSIC’s Centre for research in Agricultural Genomics in Barcelona.