Blog - Latest News
You are here: Home1 / ALLEA Board meets in Barcelona in preparation of the 2017 General Asse...

The ALLEA Board came together for their second meeting of the year in Barcelona on 26-27 June on the kind invitation of the Reial Acadèmia de les Arts i les Ciències de Barcelona (RACAB) and the Institut d’Estudis Catalans (IEC).  Among other topics, the participants discussed the preparations for the 2017 General Assembly and the latest activities of the ALLEA working groups as well as the SAPEA project.

Participants deliberated and agreed on the agenda of the business meeting for the 2017 General Assembly, which will take place in Budapest at the Hungarian Academy of Sciences (HAS) on 4 September. Discussions included the final steps on the organisation of the follow-up scientific conference “Sustainability and Resilience” (4-6 September). The programme  of the event will address various aspects of Europe’s sustainability and resilience concerning its heritage, its social systems, its health, its economy, its climate, and its science and research landscape. 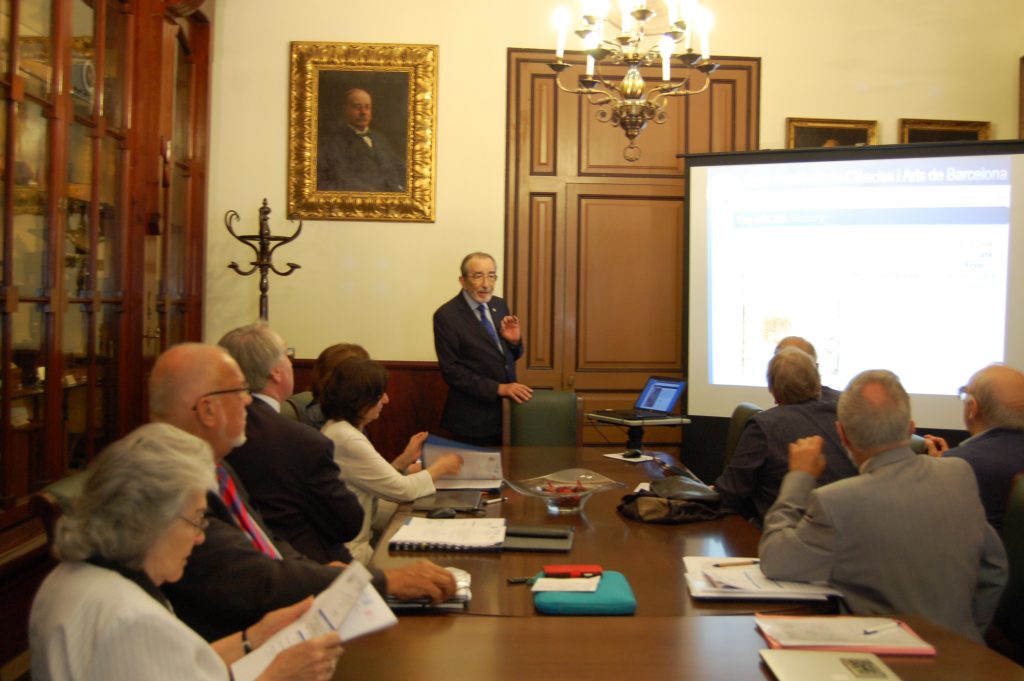 Regarding the activities of the ALLEA working groups, Board Members were informed about statements prepared by the Permanent Working Group Intellectual Property Rights and the Working Group Framework Programme 9 respectively, which will be published in the upcoming months and presented to the relevant authorities at the European level in order to make a contribution from the academies to on-going debates concerning the structural and legal conditions for science and research in Europe.  .

On the topic of ALLEA’s science-for-policy activities, the Board was updated on the progress of the SAPEA project (Science Advice for Policy by European Academies), which works within the European Commission’s Scientific Advice Mechanism (SAM). SAPEA is currently chaired by ALLEA President Günter Stock who steers the work of the project and regularly interacts with the EC High Level Group of Scientific Advisors, as well as with the Commissioner for Science, Research and Innovation. 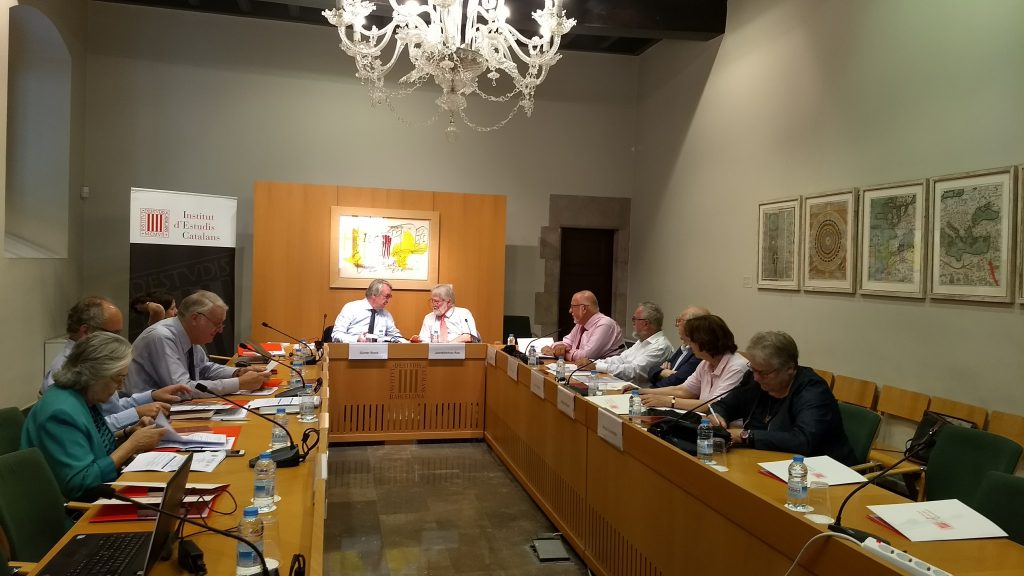 Among other aspects, the contribution of ALLEA in the establishment of two working groups on the topic “Food from the Oceans” was discussed, which will work closely in an interdisciplinary approach to address the question “How can more food and biomass be obtained from the oceans in a way that does not deprive future generations of their benefits?” Furthermore, ALLEA actively contributes to the work on the topic “Authorisation Process for Plant Protection Products”.

As part of the visit, the President of the RACAB, Professor Ramon Pascual de Sans welcomed the ALLEA Board and introduced the participants to the activities and the history of the Catalan academy. The invitation included a visit to the centennial Observatory Fabra, which has been conducting astronomical observation since 1904 and is run by the academy. On the second day of the visit, the President of the Institut d’Estudis Catalans, Professor Joandomènec Ros i Aragonès invited the Board to his academy’s facilities and kindly led the Board through a guided visit to the National Library of Catalonia.