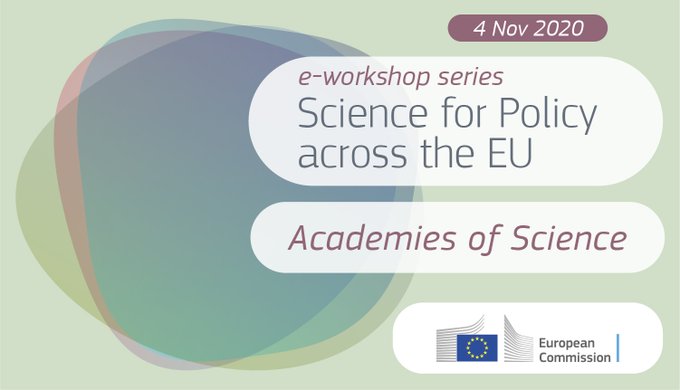 ALLEA President Antonio Loprieno participated in the Joint Research Centre (JRC) workshop “Science for policymaking by national academies” on 4 November. The workshop is part to the JRC virtual series entitled “Strengthening and connecting science for policy eco-systems in Europe“.

President Loprieno discussed the contribution of European academies in the provision of science advice to society and policymakers. In his presentation, he argued that academies have historically taken the role of a “disinterested advisor”.

He pointed out to the importance of understanding the boundaries where academies can act or influence in providing science advice. At some point, other actors and policymakers need to take over and turn advice into concrete action.

The debate, moderated by Emanuela Bellan (JRC), covered several questions emerging from previous workshops such as:

The event included panellists Rudi Hielscher, Coordinator of SAPEA, Brian Norton, Fellow of the Royal Irish Academy, and Julian Revalski, President of the Bulgarian Academy of Sciences. Among other objectives, the JRC workshop series aims at building a knowledge base to understand in what ways and under what conditions particular building blocks within different eco-systems work and national eco-systems are connected.