Blog - Latest News
You are here: Home1 / ALLEA publishes “The Role of Music in European Integration” 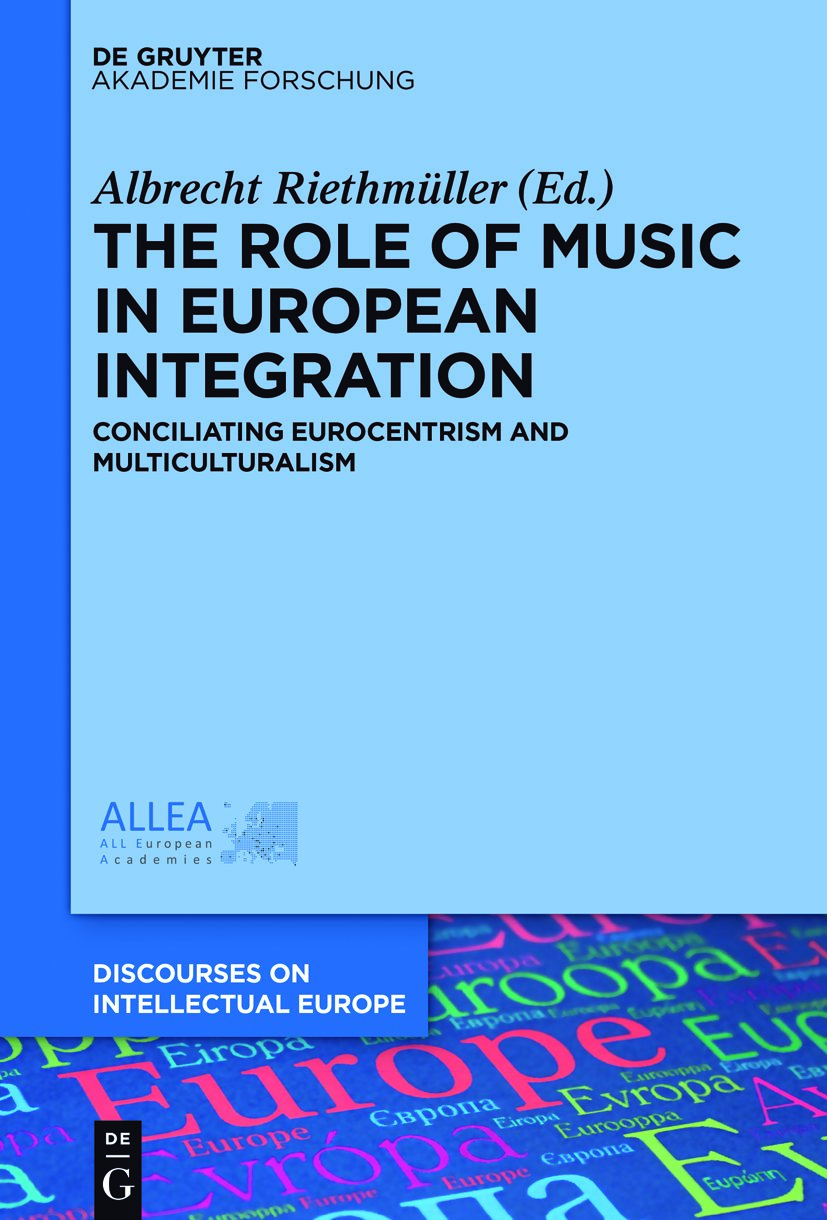 Just in time for the 2017 ALLEA General Assembly and the Frankfurt Book Fair, editor Professor Albrecht Riethmüller of the Union of German Academies of Sciences and Humanities has finished his compilation on “The Role of Music in European Integration: Conciliating Eurocentrism and Multiculturalism”, the second edition in the ALLEA book series on Discourses on Intellectual Europe, published by ALLEA.
The book, which is based on a workshop of the same title that took place at the Berlin-Brandenburg Academy of Sciences and Humanities, takes an in-depth look at the influence of music in moving Europe closer together, be it via European anthems or even more mundane things such as the Eurovision Song Contest.
The volume focuses on music during the process of European integration since the Second World War. Often music in Europe is defined by its relation to the concept of Occidentalism (Musik im Abendland; western music). The emphasis here turns rather to recent manifestations of its evolvement in ensembles, events, musical organisations and ideas; questions of unity and diversity from Bergen to Tel Aviv, from Lisbon to Baku; and deals with the tension between local, regional and national music within the larger confluence of European music. The status of classical and avante-garde music, and to a degree rock and pop, during Europe’s development the past sixty years are also reviewed within the context of eurocentrism – the domination of European music within world music, a term propagated by anthropologists and ethnomusicologists several decades ago and based on multiculturalism. Conversely, the search for a musical European identity and the ways in which this search has in turn been influenced by multiculturalism is an ongoing, dynamic process.
The delegates of ALLEA Member Academies as well as the participants of the ALLEA-AE joint conference in September in Budapest will get the chance to pick up a copy then. A wider audience will be introduced to the book at the Frankfurt Book Fair in October, where it will form part of the exhibition “Books on France”, this year’s partner country of the Frankfurt Book Fair.

The book is available from De Gruyter here