The ALLEA Framework Programme 9 Working Group met in Stockholm on 4 June 2018 on the invitation of the Royal Swedish Academy of Letters, History and Antiquities to agree on future actions concerning the European Commission’s proposal for the next framework programme for research and innovation: “Horizon Europe”. 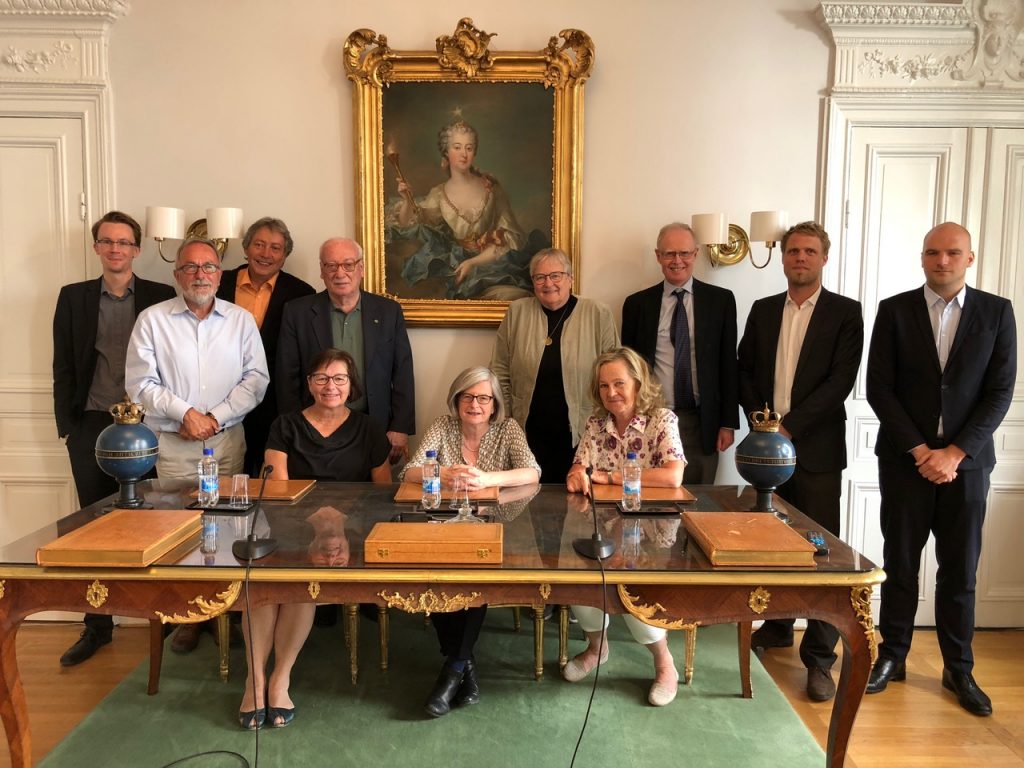 Credit: The Royal Swedish Academy of Letters, History and Antiquities

The experts critically assessed guiding principles, structure, funding lines, and clusters of topics envisioned in the proposal, officially presented by European Commissioner Carlos Moedas on 7 June 2018, which over the coming months will be discussed both in the European Parliament and Council. Horizon Europe will run from 2021-2027 with a budget, as proposed by the Commission, of approximately 100 billion Euros.

In the coming months, ALLEA’s working group will develop a set of activities directed both towards Members of the European Parliament and to the relevant committees in the Parliament and Council of the EU in order to help shape and balance out the final legislation on Horizon Europe in line with the needs of the scientific community, represented by academies from across Europe.

The proposal foresees a three-pillar structure with pillar I on “Open Science” including funding for the ERC, for Marie Sklodowska-Curie Actions, as well as research infrastructures. Pillar II is labelled “Global Challenges” and is supposed to receive the lion’s share of the overall budget (more than 50 billion). It hosts five so-called “clusters” (Health; Inclusive and secure societies; Digital and industry; Climate, energy and mobility; Food and natural resources) as well as the European Commission’s in-house science service JRC. The newly established European Innovation Council (EIC) is located in Pillar III (“Open Innovation”) alongside the European Institute of Innovation and Technology (EIT) and funding for ‘European innovation ecosystems’. In addition to the three pillars, the proposal includes a funding line for “Strengthening the European Research Area” with a special focus on support to the less competitive research systems in Europe. [Click here to access the Commission proposals and background information on Horizon Europe]

ALLEA’s deliberations will include, among others, the proposed conversion of seven societal challenges in Horizon 2020 to five clusters, the new FP’s Global Challenges chapter (Pillar II), the selection and wording of “areas of intervention” of those challenges, and the plans to develop “missions”, which in a cross-cutting fashion are envisaged to form a subset of Global Challenges. Furthermore, the group will address the proposed budget distribution between the different pillars and challenges, as well as the schemes and actions to mitigate the research and innovation divide across Europe and to foster excellence especially in the EU13 countries.

The work will substantially build on and further expand ALLEA’s previous recommendations as set out especially in its Position Paper on Developing a Vision for Framework Programme 9, as well as the joint statement Living Together: Missions for Shaping the Future.