You are here: Home / Presidency / Past Presidencies 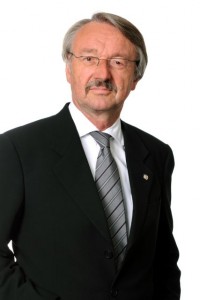 Professor Günter Stock served as ALLEA President since 2012, and was re-elected in 2015 to continue his presidency until 2018. In 2016-2017, he chaired the consortium of academy networks: Science Advice for Policy by European Academies (SAPEA), which provides support to the European Commission’s Scientific Advice Mechanism (SAM). A physiologist by training, Günter Stock has held many positions in the field of academia. Between 2006 and 2015, he was President of the Berlin-Brandenburg Academy of Sciences and Humanities. Additionally, between 2008 and 2015, he served as President of the Union of German Academies of Sciences and Humanities. Professor Stock is a member of acatech – The German National Academy of Science and Engineering and Academia Europaea among others. He has been awarded multiple honorary doctorates including by the Ludwig-Maximilians-University in Munich, the Dimitrie Cantemir University in Bucharest and by the Academy of Sciences of Moldova in Chisinau. He was a member of the executive board of the pharmaceutical firm Schering AG, responsible for research and development, and was previously Professor of Vegetative Physiology at the University of Heidelberg. He was Vice-President and member of the Senate and Executive Committee of the Max Planck Society (MPG) until 2011. 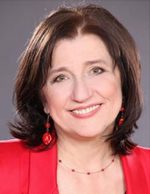 Daniela Jezova was Vice President of ALLEA and the Slovak Academy of Sciences. She is Senior Researcher of the Institute of Experimental Endocrinology, being a full professor of pharmacology at the Medical School of Comenius University Bratislava (Slovakia). She is internationally recognized for her work in stress research including investigation of risk factors, particularly in relation to stress hormones and psychiatric disorders. She coordinated a successful FP5 EU Centre of Excellence project, is serving as an expert for FP6 and FP7 projects, and represents her academy in EASAC. Among others, Daniela Jezova was awarded the prestigious national prize Crystal Wing for Medicine and Science the Medal of the Association of the Slovak Physicians. 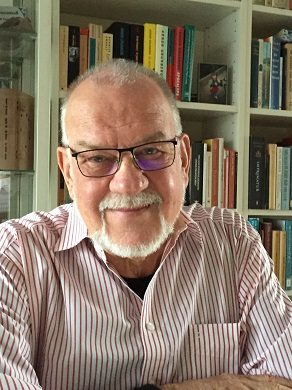 Ed Noort was Vice President of ALLEA from 2012 to 2018. In 1998 he was elected as a member of the Royal Netherlands Academy of Arts and Sciences (KNAW) and served as a Board Member of the Division of Humanities and Social Sciences (2002-2008) and as a vice-chair from 2005-2008. From 2008-2011 he was the Academy’s Foreign Secretary, focusing on scientific cooperation within Europe and with China and Africa.

Born in Haarlem in the Netherlands  (1944), he was educated at the universities of Amsterdam, Kampen, and Göttingen, where he studied Theology, Science of Religion, Semitic Languages and Archaeology of the Near East. After professorships at the Protestant Theological Seminary of Kampen (1979, Old Testament) and the University of Hamburg (1989, Old Testament and Archaeology of Palestine), he held the chair of Ancient Hebrew Literature, the History of Religion and Material Culture of Palestine at the University of Groningen from 1993 until 2009. He served as a dean of the faculty and as prorector of the University from 2005 to 2008. From 1993 to 2008, he was Director of Research of his faculty. He was a Visiting Professor in Bangalore, India, in Princeton, NJ, a Research Fellow of the CTI (Princeton, NJ) and Professor Extraordinaire of the University of Stellenbosch, SA, where he was elected as an honorary member of the South African Old Testament Society. He is a former President of the Old Testament Society in the Netherlands and Belgium, of the Committee of Dutch and Eastern Europe Theological Faculties and Institutes and of the European Association for Biblical Studies. He was also President of the Colloquium Biblicum Lovaniense 2010 (Leuven).

Professor Dr Sc Dr h.c. Ing. Stefan Luby, formerly President of the Slovak Academy of Sciences (1994-2009), has been representing SAS on the ALLEA Board since 2008. A graduate of the Faculty of Electrical Engineering at Slovak Technical University, he was engaged as principal investigator in 16 national and 12 international projects, sponsored by, among others, NATO, CNR, the Research Institute of Electrical Engineering and the Institute of Physics. Topics included amorphous semiconductors, superconductivity in multilayers, multilayers for soft X-ray optics, laser technologies for synthesis, patterning and deposition, GMR, nanoparticles etc. etc. He is author of some 340 scientific papers, 570 other papers, and 8 patents, has more than 450 citations, is a member of Association of Slovak writers, and author of six books, including the volume “My Intellectuals” about personalities who contributed to sustaining world peace and human dignity. He has served on the European Security Research Advisory Board, is member of 17 scientific societies and serves on the scientific councils and governing boards of 9 universities. He has been teaching in HE institutions for 20 years, supervised 8 PhD / CSc students, and is winner some 60 awards and prizes, such as the Pribina Cross of the I. class, the Cross of the President of the Slovak Republic and the Crystal Wing, and of four honorary doctorates (Czech Republic, Germany, Italy, Vatican City).

Professor Marie Therese Flanagan, Professor of Medieval History at Queens University Belfast, serves as International Relations Secretary of the Royal Irish Academy which has been a member of the ALLEA Board since 2008. A graduate of University College Dublin and of the University of Oxford, Marie Therese Flanagan is a former Vice-President of the Royal Society of Antiquaries of Ireland, a former President of the Ulster Society for Irish Historical Studies. Currently she serves on the Royal Irish Academy’s Executive Committee and Council, and is a member of the RIA’s Committee of Polite Literature and Antiquities. In the UK context, she is a member of the AHRC Peer Review College. Her research interests are focused on medieval Ireland, span the conventional historiographical division between the Gaelic and Anglo-Norman periods, and have generated a number of important monographs, most recently “The transformation of the Irish church in the 12th century” (2010).

Jüri Engelbrecht (1939) is professor in physics and mathematics at the Technical University of Tallinn, where he is Head of the Centre of Non-linear Studies. He has been visiting professor at a large number of universities in Europe and is Vice-President for International Relations and Former President of the Estonian Academy of Sciences. He is member of numerous national, European and global scientific societies and academies.

In his personal capacity, Engelbrecht was appointed member of EURAB and called to serve on the European Research Council’s first Identification Committee. Ex officio he sat on the Governing Council of European Science Foundation (ESF) and was member of EASAC. He has published numerous books and scientific articles; he was editor of the ALLEA report “National Strategies of Research in Smaller European Countries”, published by the ALLEA Working Group under his Chairmanship, and also edited more recently the conference volume on “Emerging Regional Cooperation: Southeast European Academies of Sciences and Humanities in the European Research Area.” In 2011, he edited a substantial descriptive and analytical volume “Research in Estonia”. For a selection of science policy papers delivered during his tenure as ALLEA president see the volume “The Sum of the Parts: ALLEA and Academies” (December 2011). 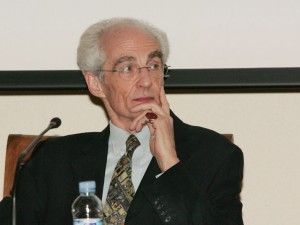 Nicholas (C.N.J.) Mann (1942) is professor emeritus in Renaissance Studies and was dean of the School of Advanced Study in the University of London. He is also senior research fellow of the Warburg Institute, of which he was director from 1990 – 2001. Mann was visiting professor at a number of universities in Europe and Canada and has been member of numerous executive, advisory and editorial boards, including the ALLEA evaluation panel of the European Science Foundation, and more recently in Germany, Austria and elsewhere. Until 2006 he served as Foreign Secretary and Vice President of the British Academy and was elected ALLEA Vice-President by the General Assembly held on Cracow in 2006. In the recent years of his vice-presidential term in office, he has been particularly active in supporting the idea of Young Academies in Europe, and in emphasising the role of the Social Sciences and Humanities in the portfolio of ALLEA.

P.J.D. (Pieter) Drenth (1935) is professor emeritus of Vrije Universiteit te Amsterdam (VU) where he has been teaching as professor of labour and organisation psychology since 1967. From 1983 to 1990 he served as rector magnificus at VU. He had been elected to the Royal Netherlands Academy of Arts and Sciences (KNAW) in 1980, and was elected as its President in 1990, serving in this position until 1996. Pieter Drenth was elected President of ALLEA in 2000 and served in this function for two terms, from 2000 to 2006. He was instrumental in bringing the ALLEA secretariat to Amsterdam. Currently, he is honorary president of ALLEA, and as a member of the Standing Committee on Science and Ethics (SCSE) he has been active in Europe (ESF; EU) as well as globally (OECD; UNESCO) in promoting research integrity; he is the lead author of the “European Code of Conduct on Research Integrity”.  As Chair of the Academy’s Commission for the Freedom of Science he is an active member of the International Human Rights Network of the national academies.