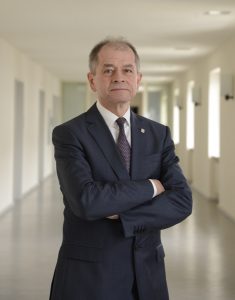 Professor Antonio Loprieno assumed the Presidency of the European Federation of Academies of Sciences and Humanities, ALLEA (All European Academies), today at the Bulgarian Academy of Sciences in Sofia. He takes office for the term 2018-2021 following his election in 2017, and succeeds Professor Günter Stock, who was ALLEA’s President for the years 2012-2018.

Antonio Loprieno, current President of the Swiss Academies of Arts and Sciences and former Rector of the University of Basel, was unanimously elected by the delegates of ALLEA Member Academies during the 18th General Assembly in Budapest on 4 September 2017. The hand-over of the Presidency and the election of the ALLEA Board for the term 2018-2020 both took place during the 2018 General Assembly, carried out at the Bulgarian Academy of Sciences based in Sofia.

In his acceptance speech, Loprieno underlined the importance of academies as interdisciplinary and independent centres of scientific excellence serving the public above politics and national entities:

“I look forward to working closely with academies across Europe to give science the prominence it deserves. In times of fiercely contested facts in the public debate, the role of academies is ever more indispensable as non-partisan institutions designed to help science and research flourish in our knowledge societies.“ 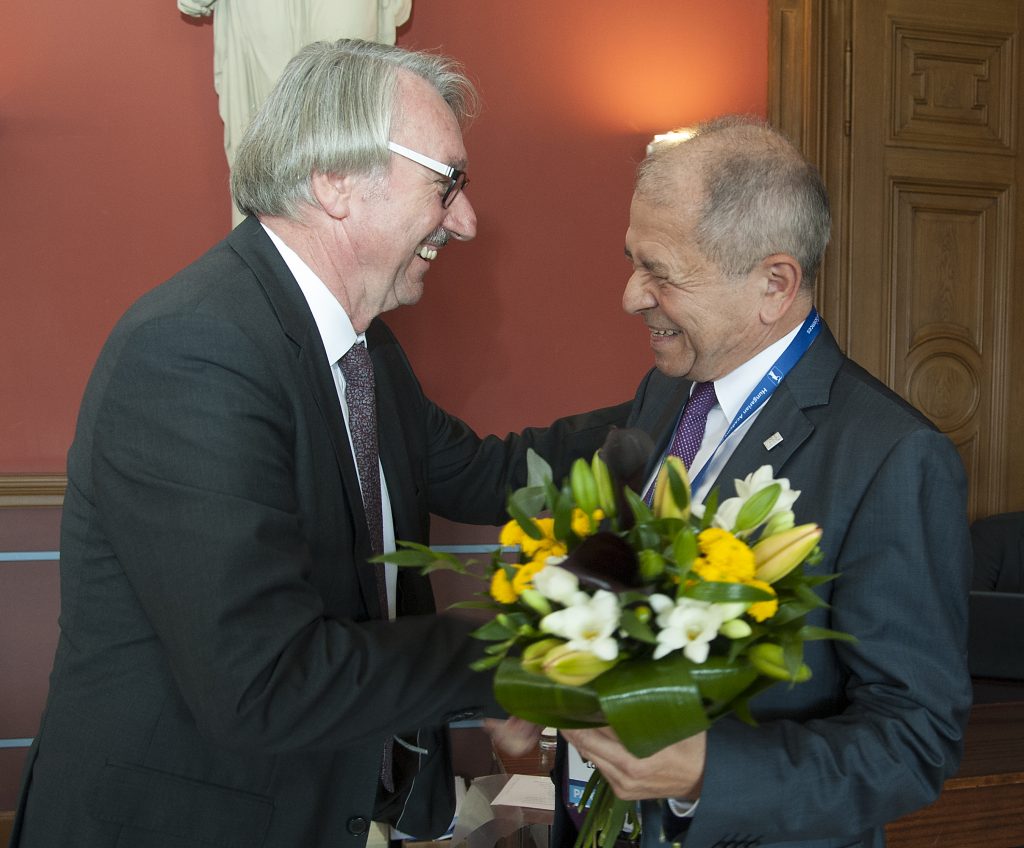 Professor Antonio Loprieno (new ALLEA President, right) and Professor Günter Stock (immediate past President of ALLEA, left) shake hands after the election of the former in Budapest in 2017.

The European academies’ General Assembly included a two-day international scientific conference. This year’s discussions revolved around the challenges posed to science in its role as a trusted source of evidence and expertise, as well as new experiences and examples of science advice to policy-making across Europe.

On 16 May, during the symposium titled “Science in Times of Challenged Trust and Expertise”, renowned scholars and an international audience discussed the underlying causes and consequences of the alleged loss of trust, as well as questions on how scientific evidence can and should be acquired and communicated across academic disciplines and traditions.  On 17 May, scientists and policy-makers debated recent examples of science advice from academies to policy as part of the science-policy symposium Shaping European Science Advice: Insights and Experiences, organised by the European Academy Networks’ project SAPEA (Science Advice for Policy by European Academies).

The event also included the award ceremony of the All European Academies Madame de Staël Prize for Cultural Values. Professor Andrea Pető (Central European University) was awarded the 2018 prize for her wide-ranging scholarly work on gender studies and European contemporary history. The award was handed over by the European Commissioner for Digital Economy and Society, Mariya Gabriel, during a festive ceremony at the Bulgarian Academy of Sciences. The laureate delivered a lecture entitled “Parallel stories in European history”.

New recommendations on Open Data in Science in Europe
Scroll to top
This site uses cookies to offer you a better browsing experience. To find out more on how we use cookies and how you can change your settings click on More info. AcceptDeclineMore info