ALLEA and the Polish Academy of Sciences convened the conference ‘Europe on Test: The Onus of the Past – and the Necessities of the Future’ at the Staszic Palace in Warsaw on 11 October 2019. Local as well as international scholars and experts addressed how different collective memories in European societies impact today’s politics in Europe. Discussants explored which role concepts such as ‘European Identity’ and ‘European Solidarity’ can play in overcoming historical tensions as well as current and future challenges.

Different conceptions of Europe and democracy have evolved in Western and Central Europe. This division evolved in line with collective memories in societies of ‘old’ and ‘new’ EU member states.  In most cases, historical framings persist in current political narratives and thus also in conceptions of democracy. In the case of Central European countries such as Poland the concept of national sovereignty is closely linked to the arrival of democracy and the integration into the EU, whereas Western countries predominantly focus on the rule of law and the protection of individual rights, based on collective memories of the end of the Second World War.

The conference explored how such collective memories of nations evolve and how they affect processes such as European integration and recent political developments such as a move towards so called ‘illiberal democracy’, thereby showing that both narratives of European union and disunion can easily be exploited by political leaders in order to mobilize their electorates.

“The era of ideologies has been replaced by an era of identities. This is accompanied by a transformation of our modes of communication that tends to favour emotional and easily transmittable messages on complex issues over a rational and deliberative debate” – Antonio Loprieno, ALLEA President

An Era of Emotions and Identities?

In his opening address, ALLEA President Antonio Loprieno expressed his gratitude to the Polish Academy of Sciences for organising such a high-class event and shared his observation that “the era of ideologies has been replaced by an era of identities. This is accompanied by a transformation of our modes of communication that tends to favour emotional and easily transmittable messages on complex issues over a rational and deliberative debate.

The opening session included a lecture by Professor Anton Pelinka from Austria and a panel discussion on the role of history and collective memories of the past in the making of European polity, whilst the second panel, starting with a lecture by Professor Krzysztof Pomian from Poland, discussed European identity as a potential key to overcoming historical tensions.

Professor Claus Offe from Germany opened the third session, which focused on European interests as a shared responsibility. The event concluded with a talk by Virginie Guiraudon from France and a subsequent panel discussion on how to achieve European solidarity by meeting the challenges of today and shaping the future of Europe.

The event was part of ALLEA’s ‘Europe on Test: Narratives of Union and Disunion’ series, which seeks to address historical trajectories as well as recent cultural, social, economic and political developments relevant for the future of the European community.

The next conference will be held at the Accademia delle Scienze di Torino on 7-8 November, where renowned Italian and international scholars will join to discuss ‘The Role of Academies in Sustaining European Knowledge Societies in Times of Crisis’.

Visit the conference website for more information on the programme and speakers. 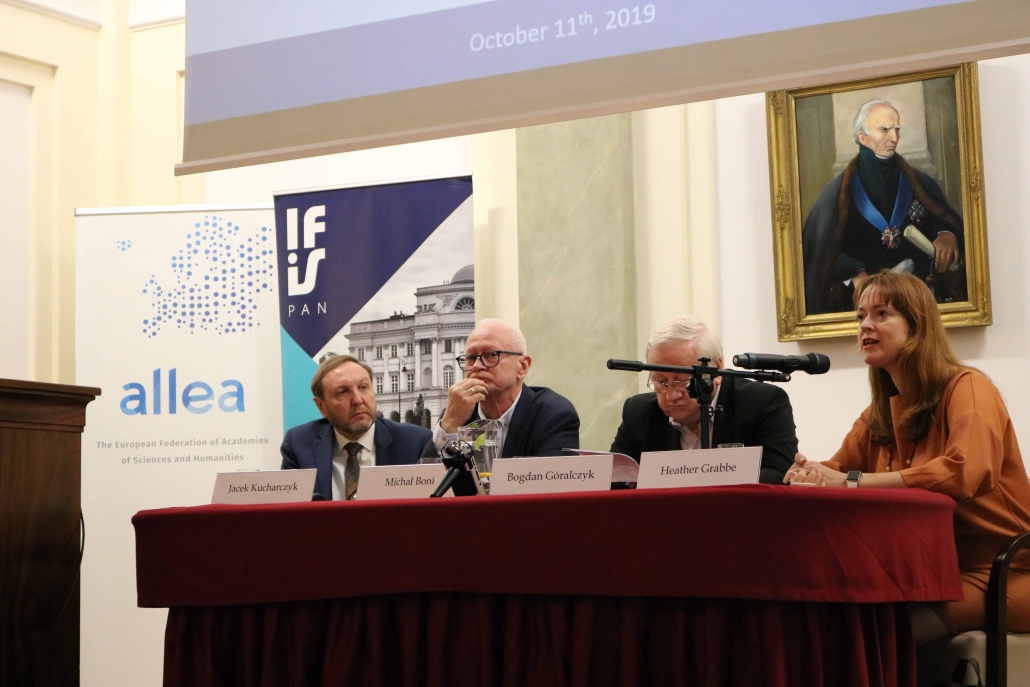 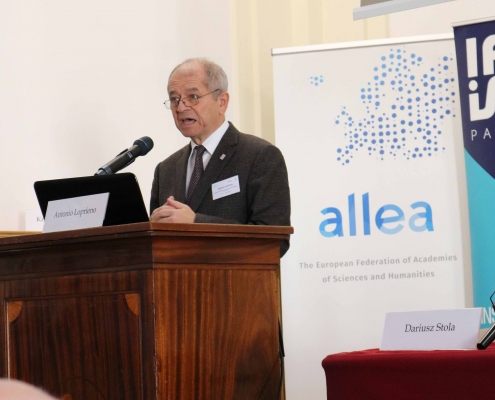 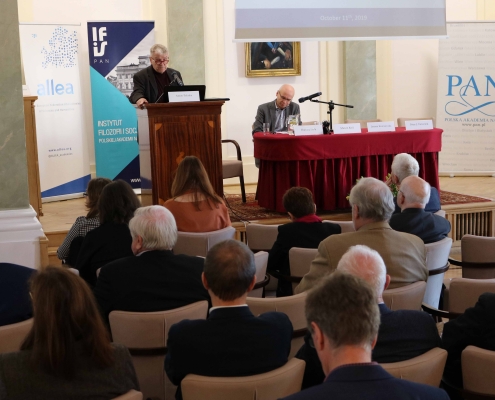 Save the Date: 2020 ALLEA General Assembly
Scroll to top
This site uses cookies to offer you a better browsing experience. To find out more on how we use cookies and how you can change your settings click on More info. AcceptDeclineMore info