Blog - Latest News
You are here: Home1 / Science rarely yields clear answers, the decisions need to be made dem... 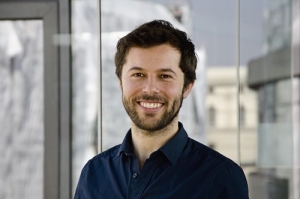 Die Junge Akademie (the German Young Academy) is the first young academy being accepted as a member of ALLEA, the European Federation of Academies of Science and Humanities. With its headquarters in Berlin, the academy provides interdisciplinary and socially relevant spaces for outstanding young academics from German-speaking countries. Its chair Philipp Kanske talks with us about the emergence of young academies, the role of early-career researchers and the risks and opportunities for science during the COVID-19 pandemic.

Question: Over the past years, new young academies have been established across Europe and beyond. Die Junge Akademie pioneered this development with its foundation in the year 2000. You are now celebrating your 20th anniversary. First of all, congratulations! Could you tell us about the origins of Die Junge Akademie and how other academies followed your example?

Philipp Kanske: When Die Junge Akademie was founded, the idea was to enable young researchers to engage in the academic process autonomously and institutionally secured and participate in shaping its future – which is mainly their future. The enormous success of the first generations of our members was to develop such radiance that it inspired the foundation of De Jonge Akademie in The Netherlands in 2005 and about 40 more young academies have followed since.

The enormous success of the first generations of our members was to develop such radiance that it inspired the foundation of De Jonge Akademie in The Netherlands in 2005 and about 40 more young academies have followed since.

Q.: After two decades of work, the expectations of your organisation may have changed. How would you describe the role to be played by Die Junge Akademie and by early-career researchers in today´s scientific ecosystem?

P.K.: What started as an experiment with an originally limited life expectancy of five years has greatly matured. Die Junge Akademie has quickly begun to reach out and participate in the exchange with other science agents. Acknowledgment of our statements and positions may have helped in giving young researchers a voice and in changing their role in academia at large.

Q.: Two major goals of your academy overlap with ALLEA’s priorities: “encouraging academic, especially interdisciplinary, discourse among outstanding young academics” and “promoting initiatives at the intersection of academia and society”. Could provide examples of how Die Junge Akademie seeks to achieve these objectives?

P.K.: With its diverse membership, including artists, engineers and physicians, Die Junge Akademie exemplifies interdisciplinary exchange and actively promotes it in a plethora of projects ranging from COVID-19 to rebellious teaching. Most of our initiatives reach out to the society, for instance through the dialogue of art and science.

Q.: The COVID-19 pandemic has placed scientists at the heart of public and policy debates, while not so long ago scientists and expertise were being contested, especially in populist discourses. Could you mention one risk and one opportunity you think science have during this crisis?

P.K.: While it is a great chance for science to show its potential in the struggle for safe, fair and sustainable societies, I see the risk that the uncertainties of the scientific process are not perceived. Science rarely yields entirely clear answers and even though it can make decisions better informed, the decisions need to be made democratically.

While (the COVID-19 pandemic) is a great chance for science to show its potential in the struggle for safe, fair and sustainable societies, I see the risk that the uncertainties of the scientific process are not perceived. 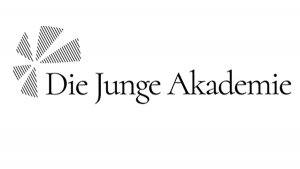 Philipp Kanske is Professor for Clinical Psychology and Behavioral Neuroscience at Technische Universität Dresden and Research Associate at the Max Planck Institute for Human Cognitive and Brain Sciences in Leipzig. He explores the emotional and cognitive processes that enable social behavior and their alterations in psychopathology. In his work he uses magnetic resonance imaging (MRI) and electroencephalography (EEG) to describe the underlying neuronal mechanisms. Learn more about his work here.