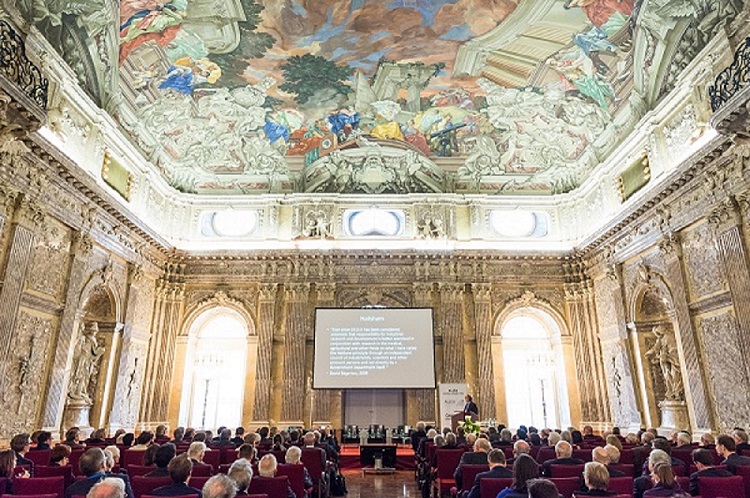 Organised by ALLEA and hosted by Austrian Academy of Sciences

The 17th ALLEA General Assembly was held in the premises of the Austrian Academy of Sciences in Vienna on 18 and 19 April 2016.

The annual meeting kicked off with a scientific symposium on “The Freedom of Scientific Research in the Face of Political and Societal Demands”, followed by the Award Ceremony for the All European Madame de Staël Prize for Cultural Values. Both these events were open to the public and received positive feedback from the audience.

The speakers at the symposium tackled the theme of the symposium from a variety of different directions, such as the ethical or legal implications of interference in research. Perspectives from young researchers and European institutions on the topic were also addressed during the lectures and debates. Symposium speakers included ERC President Jean-Pierre Bourguignon, physicist Sir Peter Knight, until 2010 chair of the Defense Scientific Advisory Council at the UK Ministry of Defence, as well as the former President of the Austrian Supreme Court of Justice, Professor Irmgard Griss, and former German State Minister for Culture and Media, Professor Julian Nida-Rümelin.

On 19 April, the delegations of the ALLEA member academies reconvened for ALLEA’s annual internal business meeting.

ALLEA holds its 17th General Assembly at the Austrian Academy of Sciences in...

European Union and Disunion conference
Scroll to top
This site uses cookies to offer you a better browsing experience. To find out more on how we use cookies and how you can change your settings click on More info. AcceptDeclineMore info