PERITIA Lecture 6: What is Knowledge Resistance?

You are here: Home1 / Upcoming Events2 / PERITIA Lecture 6: What is Knowledge Resistance? 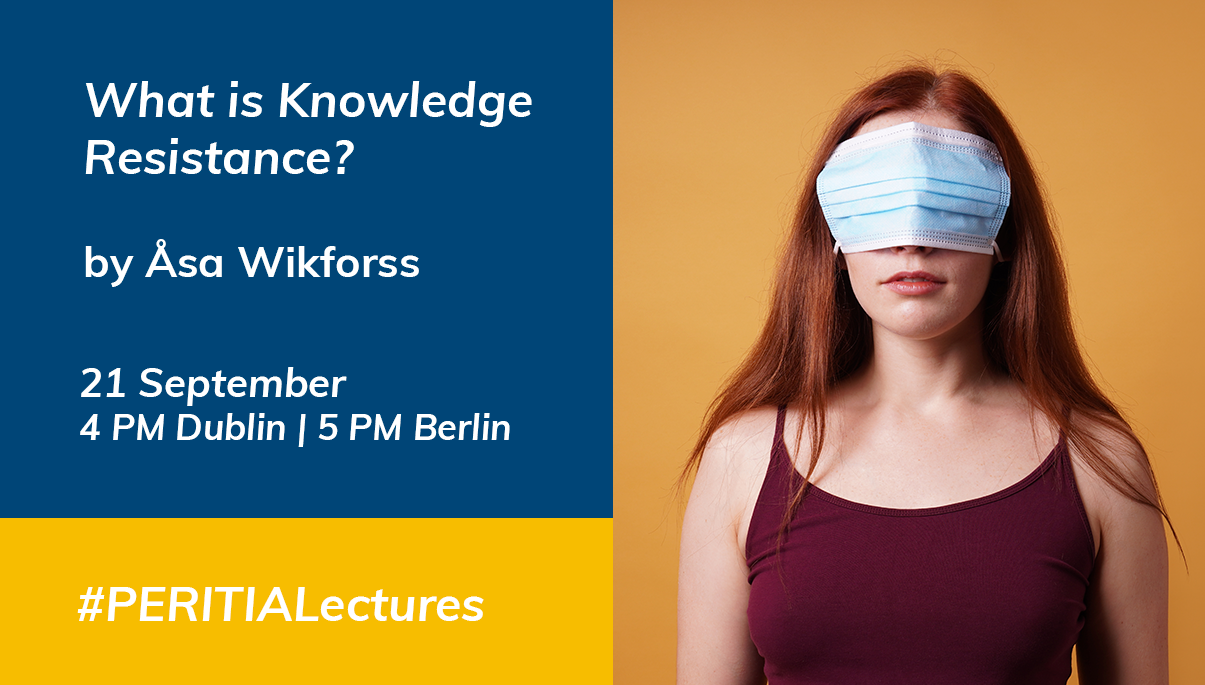 PERITIA Lecture 6: What is Knowledge Resistance?

Åsa Wikforss (born 25 July 1961) is a professor of theoretical philosophy at Stockholm University, and a member of the Swedish Academy.

Wikforss does research in the intersection of philosophy of mind, language and epistemology and has published widely on a variety of topics in the area. She is a member of several international research networks and research councils and was elected to the Royal Swedish Academy of Sciences.

In September 2017 she published ‘Alternativa fakta. Om kunskapen och dess fiender’ (Alternative facts. On knowledge and its enemies), a book that has had a great impact in Sweden. During 2018 she has had over a hundred public appearances, speaking about knowledge and knowledge-resistance, in Sweden and beyond. She participates frequently in the public debate in Sweden, in print as well as on TV and radio.

On 9 May 2019 she was elected as a member of Swedish Academy, to succeed Sara Danius on seat 7. She was formally inducted on 20 December 2019.

PERITIA launched a series of public lectures  around the topic of ‘[Un]Truths: Trust in an Age of Disinformation’. Read more about the upcoming lectures here.