PERITIA Lecture: Expertise, Democracy, and the Politics of Trust

You are here: Home1 / Past Events2 / PERITIA Lecture: Expertise, Democracy, and the Politics of Trust 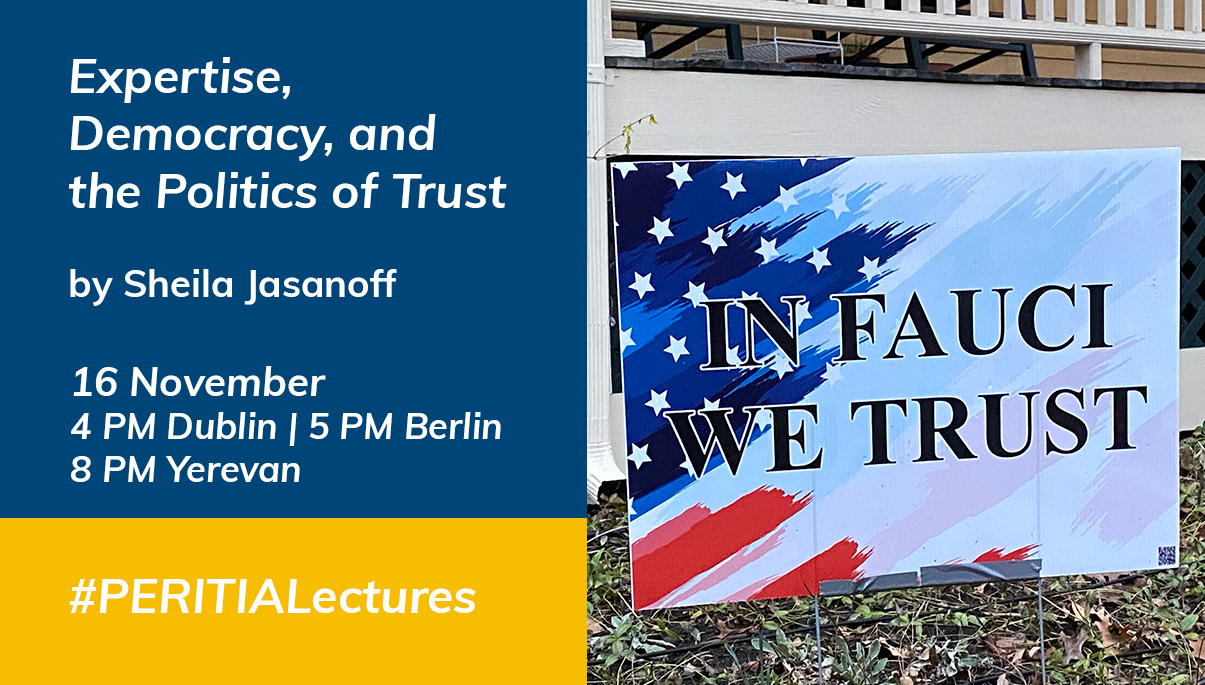 PERITIA Lecture 10: Expertise, Democracy, and the Politics of Trust

Expert advice is needed to make decisions across the spectrum of public policy, from health, safety and environment to the management of the economy and national security. Yet phenomena such as climate skepticism and vaccine hesitancy indicate that all is not well in the relations between publics and experts in contemporary democracies. An abundance of scientific knowledge seems in many instances to have generated persistent controversies over technical claims and widespread disregard for expertise, even when there is strong consensus on what science says. This state of affairs suggests that the determinants of public trust lie not in the strength of the evidence as commonly understood, but in the efficacy of the institutions that societies rely on to translate expert knowledge into policy actions.

This lecture draws on comparative analyses of expert decision-making across democratic societies to argue that trust is a function of commitments to modes of evidence-making and public reason that are foundational to political cultures. Trust in expertise is a political achievement and cannot be short-circuited by epistemic fiat. It follows that the remedy for breakdowns in trust lies in the repair of the institutions charged with persuading publics that a claimed state of knowledge does indeed support proposed forms of public action.

Sheila Jasanoff is Pforzheimer Professor of Science and Technology Studies at the Harvard Kennedy School. A pioneer in the social sciences, she explores the role of science and technology in the law, politics, and policy of modern democracies. Her books include The Fifth Branch, Science at the Bar, Designs on Nature, The Ethics of Invention, and Can Science Make Sense of Life? She founded and directs the STS Program at Harvard; previously, she was founding chair of the STS Department at Cornell. She has held distinguished visiting appointments at leading universities in Europe, Asia, Australia, and the US. Jasanoff served on the AAAS Board of Directors and as President of the Society for Social Studies of Science. Her honors include the SSRC’s Hirschman prize, the Humboldt Foundation’s Reimar-Lüst award, and a Guggenheim Fellowship. She is an elected member of the American Academy of Arts and Sciences and the American Philosophical Society, foreign member of the British Academy and the Royal Danish Academy, and member of the Council on Foreign Relations. She holds AB, JD, and PhD degrees from Harvard, and honorary doctorates from the Universities of Twente and Liège.

PERITIA launched a series of public lectures  around the topic of ‘[Un]Truths: Trust in an Age of Disinformation’. Read more about the upcoming lectures here.

PERITIA Lecture: What is Knowledge Resistance?