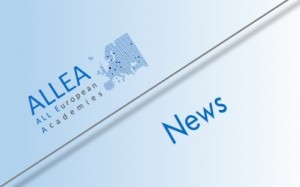 ALLEA supports the statement “Protecting health and scientific research in the Data Protection Regulation,” prepared by Wellcome Trust, the international charitable foundation dedicated to funding biomedical research and supporting the medical humanities. Drafted in 2012, the Data Protection Regulation would take direct effect in all EU Member States. The European Parliament and Council are currently discussing and amending the Regulation, which could be adopted next year.

Since last year, the Civil Liberties and Home Affairs (LIBE) committee of the European Parliament has supported amendments to Articles 81 and 83 of the Regulation. While the original draft of the Regulation laid out a plan for protecting privacy without impeding research progress, the amendments would severely confine the types of patient data that can be used in scientific research by requiring specific consent in nearly every case. The heavily restricted use of personal data such as individual patient records would remove a critical resource from research for the benefit of society.

Although these amendments are meant to protect the people who give researchers the personal data they need to carry out their work, there is already a rigorous framework in place to protect the abuse of this data. This statement emphasizes the strict confidentiality controls already in place in both national and international law for researchers working with personal data. Furthermore, identifiable personal data may only be used when other options are not possible and only for studies with demonstrable potential to benefit society as a whole. “Sometimes researchers need details such as age, postcode and information on a health condition that together could disclose the identity of an individual, but the study would not be possible without it. In many studies that would be affected, individuals have voluntarily given broad consent for their data to be used in research to further our understanding of society, health and disease. Their contributions could be wasted if the amendments become law,” states the Wellcome Trust in its press release.

Along with over 100 other signatories including numerous Member Academies as well as EASAC, ALLEA recommends the original draft Regulation that provides for a proportionate mechanism to protect privacy without hindering meaningful scientific research. The statement can be accessed here. 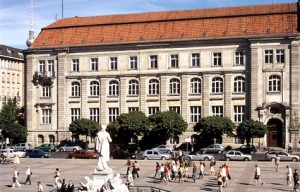 The Berlin-Brandenburg Academy of Sciences and Humanities

The ALLEA Board met in Berlin at the Berlin-Brandenburg Academy of Sciences and Humanities on 9 July 2014, to discuss recent, current, and future ALLEA activities as well as administrative and budgetary matters. Special attention was given to outcomes of the ALLEA General Assembly 2014, which took place on 24/25 April in Oslo, on the premises of the Norwegian Academy of Science and Letters.

An activity report from the Presidency encompassed ALLEA President Günter Stock’s visit to the British Academy Dinner in London honouring Anne Glover, the Chief Scientific Advisor to the President of the European Commission. Other topics included the release of the publication on the “Facing the Future” conference on European SSH research infrastructures  and various proposals regarding how to bring further attention to SSH research on Europe as well as the broader contributions science and research can make to EU development. Further matters of discussion involved updates from the respective ALLEA Working Groups, the programme planning for the next GA to be held at the Academy of Sciences of Lisbon in Spring 2015, as well as the next award ceremony for the All European Academies Madame de Staël Prize for Cultural Values.

Moreover, the Board decided to endorse the statement “Protecting health and scientific research in the Data Protection Regulation” (drafted by Wellcome Trust), which has already been endorsed by numerous Member Academies and by EASAC. A second statement published by eight Member Academies will also be supported by ALLEA: “Mastering Demographic Change in Europe”. Both statements and additional information will soon be made available on the ALLEA website and further disseminated among the respective channels.

Rounding out the meeting were reports on various avenues of international cooperation, including the last meeting of the Presidents of ALLEA, Academia Europaea, and EASAC in May 2014 in Riga, where a potential dialogue forum with the European Commission was discussed. In closing this second meeting of 2014, the Board looks forward to the next meeting, which will take place on 16/17 September in Sofia, on the invitation of the Bulgarian Academy of Sciences.