Andrea Pető, Professor at the Department of Gender Studies of the Central European University, Budapest, became the fifth scholar to receive the All European Academies Madame de Staël Prize for Cultural Values

Professor Pető was honoured with the ALLEA Prize on the basis of her outstanding scholarly contribution to Europe’s memory of the Second World War, the Holocaust and political extremism from a gendered perspective. 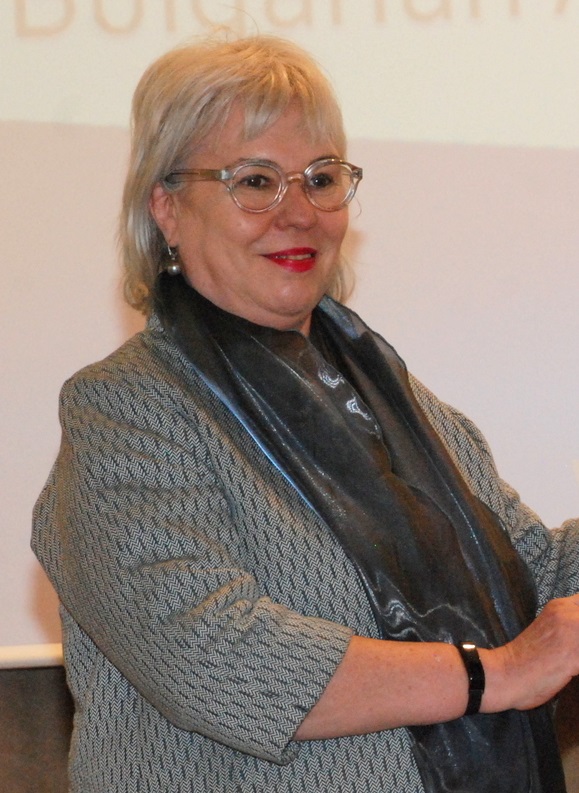 Andrea Pető (Budapest, 1964) is a Professor in the Department of Gender Studies at the Central European University in Budapest, Hungary, and a Doctor of Science by the Hungarian Academy of Sciences. She currently teaches courses on European comparative social and gender history, gender and politics, women’s movements, qualitative methods, oral history, and the Holocaust.

Professor Pető has authored 5 monographs, edited 31 volumes as well as 261 articles and chapters in books, which have been published in seventeen languages. In 2005, she was awarded the Officer’s Cross Order of Merit of the Republic of Hungary by the President of the Hungarian Republic, and the Bolyai Prize by the Hungarian Academy of Sciences in 2006.

Andrea Pető is on the editorial board of 6 international and 2 Hungarian academic journals. She also serves as an associate editor for The European Journal of Women’s Studies. She has also been a guest professor at the universities of Toronto, Buenos Aires, Novi Sad, Stockholm and Frankfurt.

The 2018 ALLEA Prize Award Ceremony took place at the Bulgarian Academy of Sciences in Sofia on 16 May 2018, following the ALLEA scientific symposium “Science in Times of Challenged Trust and Expertise”.

Former ALLEA President Günter Stock delivered the opening remarks and an introduction to the ALLEA Prize, followed by a short address on behalf of the Compagnia di San Paolo, provided by Professor Alberto Quadrio-Curzio, President of the Accademia Nazionale dei Lincei. A laudatory speech was delivered by Luisa Passerini, Professor at the Department of History and Civilisation, European University Institute Florence, and recipient of the 2014 Madame de Staël Prize. The award certificate was handed over by Commissioner Mariya Gabriel, the European Commissioner for Digital Economy and Society.

“Andrea Pető is a worthy recipient of this year’s Mme de Staël prize for her groundbreaking intellectual contributions in her work on women’s history in Eastern Europe. The Mme de Staël prize is unique in highlighting the importance of the social sciences and the vision of a common European identity. My congratulations to Andrea Pető for this prize and to ALLEA for
choosing such an outstanding scholar”, Gabriel said.

In her acceptance speech, Pető reminded the audience to remember the “great women predecessors” in science such as Madame de Staël, who have fought for Europe`s common values. In a lecture on the parallel stories of Europe, Pető
delved into the lives and struggles of Anne Louise Germaine Necker, Madame de Staël-Holstein, namesake of the ALLEA prize and a leading intellectual figure of Europe`s 19th century, as well as Júlia Rajk, the wife of László Rajk, the Hungarian Minister of Interior Affairs executed during the country’s first Stalinist show trial in 1949.

“We can all derive strength from this individual, physical joy. And we need to derive strength for our value-based fight, just like Germaine and Júlia did, because they knew that it will be a long one. There is but one thing we cannot avoid when it comes to a fight: fighting it”, she remarked. 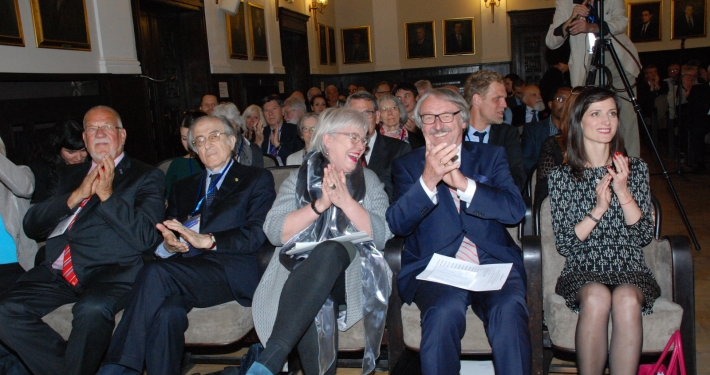 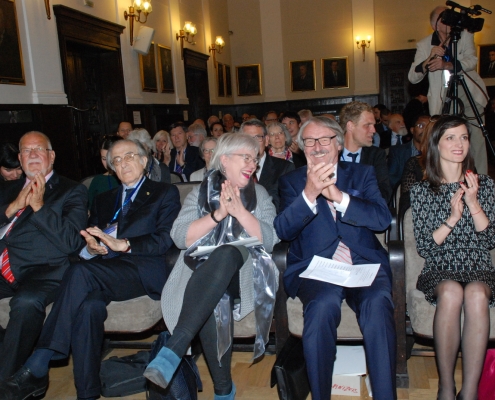 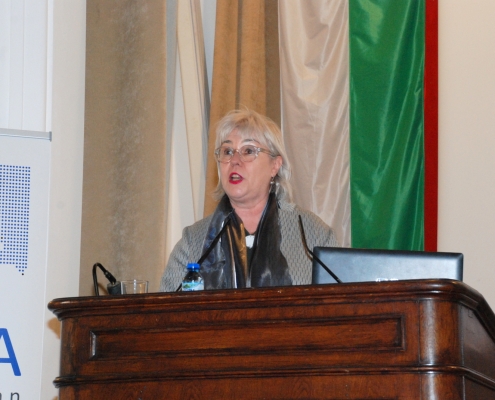 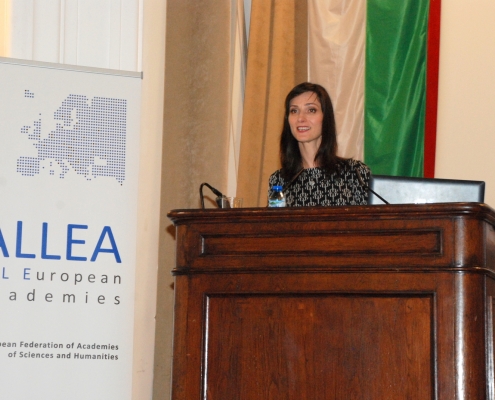 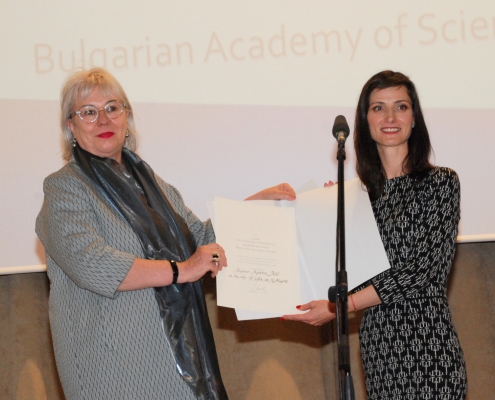 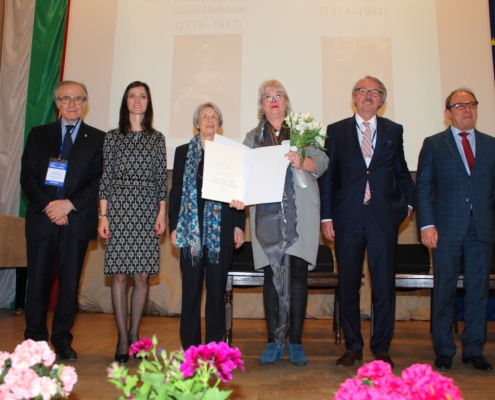 Press Release Laureate’s speech by Andrea Pető Opening Remarks by Professor Günter Stock Laudation by Professor Luisa Passerini Video: 2018 Madame de Staël Award Ceremony
Scroll to top
This site uses cookies to offer you a better browsing experience. To find out more on how we use cookies and how you can change your settings click on More info. AcceptDeclineMore info