ALLEA released the book “Women in European Academies — From Patronae Scientiarum to Path-Breakers” today. Published by De Gruyter, the volume examines the lives and achievements of women who played determining roles in the history of European academies and in the development of modern science in Europe.

These persevering personalities either had a key influence in the establishment of academies (“Patronae Scientiarum”) or were pioneering scientists who made major contributions to the progress of science (“path-breakers”). In both cases, their stories provide unique testimonies on the scientific institutions of their time and the systemic barriers female scientists were facing.

“While many of our academies were founded by women in position of political power such as Prussia’s Sophie Charlotte, Austria’s Maria Theresa, Russia’s Catherine the Great or Sweden’s Lovisa Ulrika, women’s role in professional science has suffered from a long discrimination which in the academic world was not less virulent than in other societal domains”, says ALLEA President and series editor Antonio Loprieno in the preface.

Conceptualized as a transversal series of thirteen biographical portraits, the contributions focus particularly on each personalities’ role in (or relation to) European academies, ensuring both a geographical and disciplinary balance.

The co-editors of the volume are Professor Ute Frevert (Co-Director at the Max Planck Institute for Human Development), Professor Ernst Osterkamp (President of the Deutsche Akademie für Sprache und Dichtung) and Professor Günter Stock (former ALLEA President). In the foreword, they underline the myths that this book challenges:

“One might easily get the impression (…) that behind the scientific and scholarly achievements of the exclusively male members of these academies – membership was the sole preserve of men for several centuries – there was in all these cases a patrona scientiarum: the hand of a woman, conceptually guiding the membership and their research programmes from on high. Yet are these not, in reality, mere founding myths formulated on the basis of the interests and wishes of our own time, and assigning to these queens and empresses a substantially greater interest in the academies and a higher share in their scientific programme than they ever in fact delivered?”.

The contributions are written in the native language of the authors and translated to English where necessary. The book is the third volume of the ALLEA book series Discourses on Intellectual Europe, which includes two additional volumes: “The Boundaries of Europe” and “The Role of Music in European Integration”, both in open access.

More information about how to acquire the book is available here.

The foreword is available here.

Free copies for reviewers and media are available upon request. 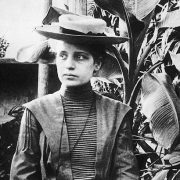 Lise Meitner: “A Physicist Who Never Lost Her Humanity” 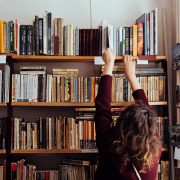 “Inoculating people against being manipulated will be crucial”
Scroll to top