Blog - Latest News
You are here: Home1 / Discussing Academic Freedom with the President of Ireland and Noam Cho...

On 8 June, ALLEA and Scholars at Risk organised the international virtual conference ‘Academic Freedom and Intellectual Dissent’ with the President of Ireland Michael D. Higgins and US linguist and political activist Noam Chomsky as star speakers. The event focussed on the role of intellectual dissent and academic freedom in democratic societies in a Western, particularly European, context.

Academics and politicians came together to discuss the scope and the limits of academic freedom in the context of political populism, privatisation and the exigencies of the post-Covid social and educational landscape.

“When academic freedom is seriously undermined, in extremis, scholars may find themselves targeted for public vilification, job loss, imprisonment, or even death in parts of the world”, said the President of Ireland in his address.

President Higgins advocated for “the recovery of the right to pose the important questions, such as Immanuel Kant did (…): What might we know? What should we do? What may we hope?”.

In his keynote, Noam Chomsky reflected on the crisis and privatisation of universities and academic institutions. He advocated for enabling  the scientific community to make use of research funds without the intervention of politicians or donors.

He pointed out to this underlying tension within academic institutions as one of key aspects impeding the scientific community to reach an ideal of academic freedom. “Looking over the centuries, the ideal has often been uphill, but it has been a constant battle to try to sustain it in the face of external, social, economic and ideological pressures”, he argued.

Chomsky also challenged the idea of attributing the drivers of innovation and discovery in today’s societies to private businesses’ risk-taking. “This doctrine is mostly myth. Most of this work takes place in the public sector with public funding”, he stated.

ALLEA President Antonio Loprieno opened the event with a call for action to the academic community: “There needs to be a little bit of more courage on the side of academic leaders, to be proactive in defending these values”.

In his keynote, he outlined the semantic trajectory of the concept “academic freedom”, from the “scholarly freedom” of medieval times to the “quest for truth” that catapulted the Enlightenment.

He also underlined the fundamental distinction between positive and negative academic freedom. Negative liberty refers to “removing the barriers to fulfil one’s academic mission” whereas “positive” implies advocating for a certain number of rights by the academic community.

“Do we want to protect individual rights, or do we want to enforce a certain number of values that we shared as an intellectual community?”, he asked.

“One pillar of democracy”

The panel discussion, chaired by scientist Jim Al-Khalili (Royal Society), delved into various aspects of academic freedom, from its inclusion in higher education and research policy to the role of scientists as activists and intellectual dissidents.

MEP Ehler related the current threats to academic freedom in Europe to two trends: the extreme democratic tensions, particularly in democratic discourse, and the democratic decline in EU Member States.

“If academic freedom falls, one pillar of democracy falls with it”, he concluded. 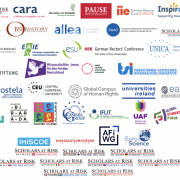 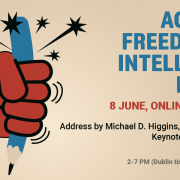 ALLEA President Takes over as Chair of SAPEA
Scroll to top