You are here: Home1 / Joep Leerssen

The Jury of ALLEA’s Madame de Staël Prize for Cultural Values paid tribute to cultural historian Joep Leerssen (University of Amsterdam), whose work has been quintessential in studying the emergence and the development of European national movements and stereotypes. 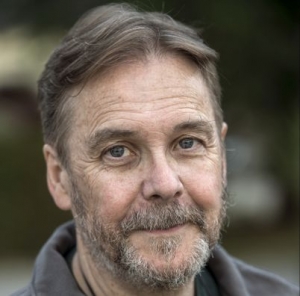 Joep Leerssen (Leiden, 1955) is a cultural historian with a training in Comparative Literature. He is currently Professor of European Studies at the University of Amsterdam, additionally holding a part-time research professorship at the University of Maastricht. In course of his professional career, he has held visiting appointments at Harvard, Cambridge, Göttingen, and the ENS (Paris).

Leerssen studies how Europe’s multinationality has been experienced in history, tracing Europe’s identity as an evolving multi-party discourse of perceptions and representations. He is one of the world’s leading experts in imagology – the critical analysis of ethnic and cultural (self-)stereotyping – and the transnational history of nationalism.

With the funding attached to two major academic awards (the Spinoza Prize and a Royal Netherlands Academy Professorship) he set up the Study Platform on Interlocking Nationalisms in 2009-2010; its flagship publication to date is the Encyclopedia of Romantic Nationalism in Europe (2015-18). Among his other books are Remembrance and Imagination (1996), De Bronnen van het Vaderland (2nd ed. 2011), Spiegelpaleis Europa (3rd ed. 2015), National Thought in Europe (3rd ed. 2018), Imagology and The Rhine: National Tensions, Romantic Visions (2007 and 2017, both co-edited with Manfred Beller), and Commemorating Writers in 19th-Century Europe (2014, co-edited with Ann Rigney).