The jury praised her novel thinking, challenging conventional wisdom in the understanding of the role of the state in public policy and innovation. The prize worth €20,000, with the support of Compagnia di San Paolo, is awarded annually by ALLEA to eminent scholars and intellectuals whose work represents a significant contribution to the identity and values of Europe. 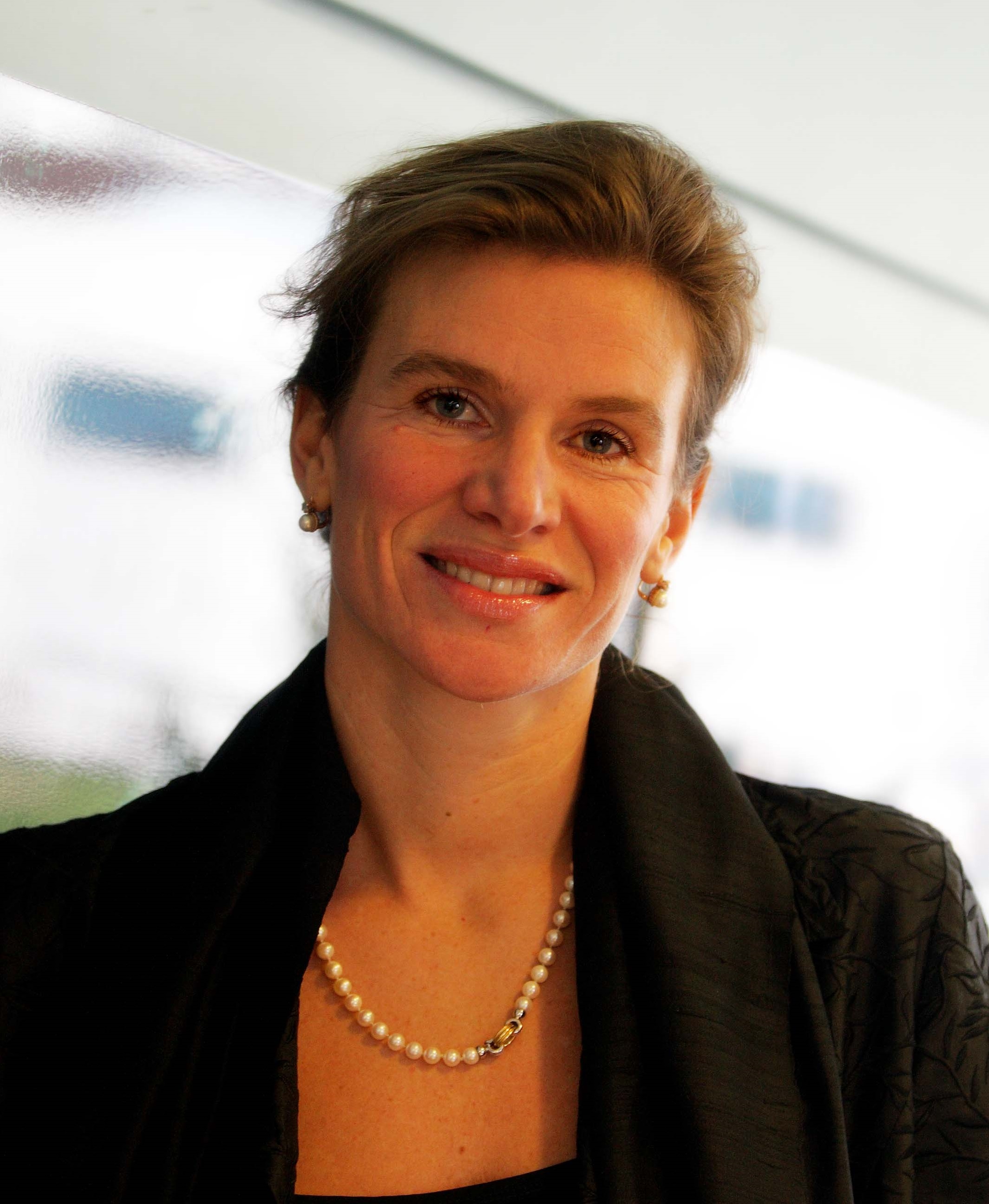 Mariana Mazzucato (PhD) holds the Chair in the Economics of Innovation and Public Value at University College London (UCL), and she is founder and Director of the UCL Institute for Innovation & Public Purpose (IIPP). IIPP is dedicated to rethinking the role of public policy in shaping both the rate of growth and its direction — and training the next generation of civil servants with a focus on the dynamic organisational capabilities required for mission-oriented policies.

Professor Mazzucato advises policy makers around the world on innovation-led inclusive growth and is currently a member of the Scottish Government’s Council of Economic Advisors; the UN Sustainable Development Solutions
Network Leadership Council; and SITRA’s Advisory Panel in Finland. She is currently a Special Advisor for the European Commissioner for Research, Science and Innovation, Carlos Moedas, and has recently authored the high impact EC report Mission-Oriented Research & Innovation in the European Union. She is also a Special Advisor to the Secretary General of the OECD, Angel Gurría, for the OECD’s New Growth Narrative.

Mazzucato has written several books, book chapters, journal articles and policy papers on issues related to economic and finance policy, innovation, sustainability and inclusive growth. Her highly-acclaimed book The entrepreneurial State: debunking public vs. private sector myths (Anthem 2013; Public Affairs, 2015) was on the 2013 Books of the Year list of the Financial Times. Her new book The Value of Everything: making and taking in the global economy was published in April 2018 in the UK (Penguin) and was launched in the USA in September 2018 (Public Affairs). It was shortlisted for this year’s Financial Times and McKinsey Business Book of the Year prize.

The 2019 ALLEA Madame de Staël Prize was handed to Economist Mariana Mazzucato during an award ceremony held on the occasion of ALLEA’s 25th anniversary, and was hosted by the Swiss Academies of Arts and Sciences on 8 May 2019 at the University of Bern, Switzerland.

The Rector of the University of Bern, Christian Leumann, delivered a welcome address, followed by the Swiss’ Federal Councillor for Economics, Education and Research, Guy Parmelin, who provided an opening address for the ceremony.

Francesco Profumo, President of the Compagnia di San Paolo – who kindly co-sponsor the prize – presented an introduction and brief history to the Madame de Staël Prize. The laudatory speech was given by the President of the European Research Council Jean-Pierre Bourguignon. Lastly, Professor Mazzucato delivered a laureate lecture titled “From Market Fixing to Market Co-creation: a Mission Oriented Approach.”

Professor Antonio Loprieno, President of ALLEA and chairman of the Madame de Staël Prize jury, praised Professor Mazzucato’s contribution to a better understanding of the concept of innovation and the interplay between the state, business and research in our modern economy, stating:

“Mariana Mazzucato’s scholarly work is rather exceptional in a way that it transcends academia. She is a brilliant and provocative economist who has challenged stories of value creation, innovation and growth. In an ingenious way, she has been able to create new economic narratives to understand contemporary realities in Europe and beyond. The prize jury chose to honour her outstanding academic work and her engagement to bridge the gap between academia and policymaking.” 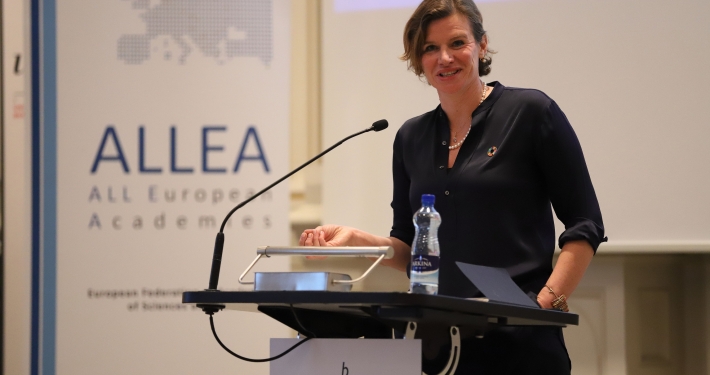 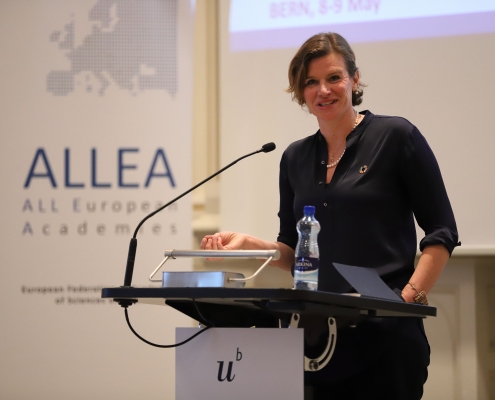 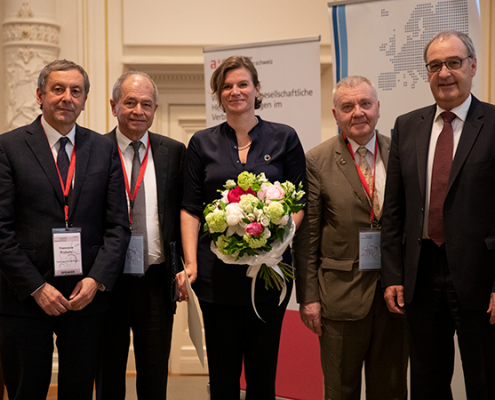 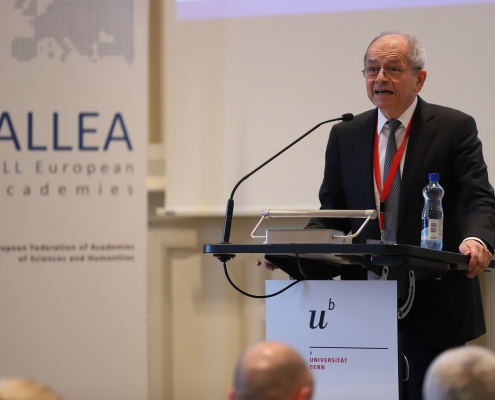 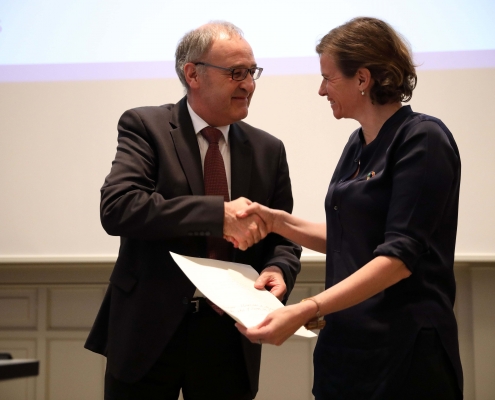 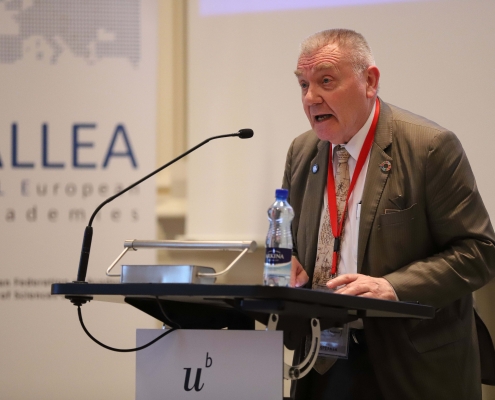