With the number of scholarly publications shared via the Gold Open Access model on the rise, access to the results of (often publicly funded) research is at an all-time high. However, breaking down these barriers for readers has come at the expense of increased barriers for authors, who often face substantial article processing charges (APCs) to publish their work immediately as Open Access.

This has led to a further increase in the exorbitant costs spent on scholarly publishing and creates significant disadvantages for researchers from the Global South, underfunded researchers in the social sciences and humanities, and early career researchers, among others. So-called “Big Deals” – “read and publish agreements” between (consortia of) research libraries, institutions, and universities on the one hand, and scientific publishers on the other – have further exacerbated these inequities and contributed to the consolidation of the already dominant market position of the major commercial publishers.

In this statement, ALLEA evaluates the undesirable effects of current “big deals” and provides recommendations for research institutions, libraries, and policymakers on how to arrive at a more equitable system for sharing and accessing research publications under the new EU copyright rules. 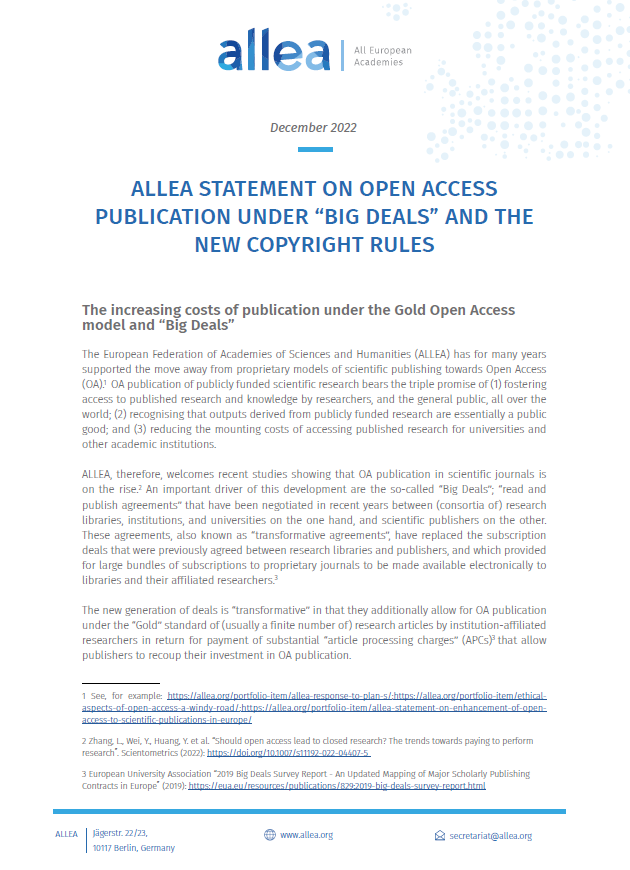