You are here: Home1 / SAPEA Publications2 / Health Inequalities: An Interdisciplinary Exploration of Socioeconomic...

The association between socioeconomic position and health is one of the most widely reproduced findings in population health research. However, despite decades of research into health inequalities there is still no consensus on some of the basic issues. Different disciplines hold different views on the nature of the causal relationship between low socioeconomic status and health, and on the main mechanisms for mediating the relationship.

There is still uncertainty about the extent to which the relationship reflects a causal effect of socioeconomic position on health, reverse causation of health on socioeconomic position or confounding by underlying factors that affect both socioeconomic position and health. This report provides a summary of a recent symposium bringing together key opinion leaders from various scientific backgrounds to explore evidence and perspectives on the issues raised in the project discussion paper prepared by the ALLEA-FEAM Scientific Committee on health inequalities, which is chaired by KNAW. 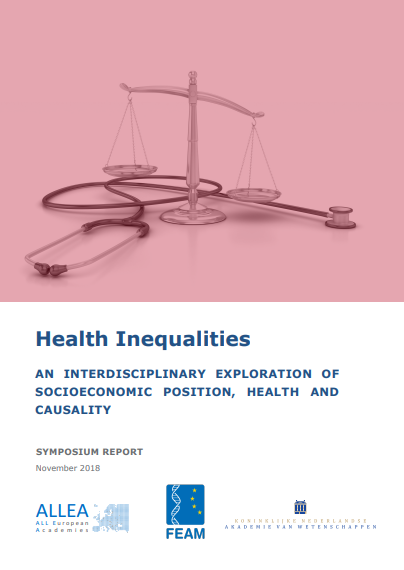 Improving Authorisation Processes for Plant Protection Products in Europe: A...