You are here: Home1 / SAPEA Publications2 / The Freedom of Scientific Research in the Face of Political and Societal...

Freedom has always been at the heart of the human enterprise. Freedom to choose our own destiny, freedom while not infringing on other people’s freedom. For science – understood in the all-encompassing sense of the German term Wissenschaft – and for scientists, freedom is an equally important, yet often contested notion.

Science seeks to provide answers and often successfully responds to questions of societal relevance and concerning technological innovation. However, scientific findings by themselves do not provide judgement but merely state facts, and it is all too often the non-scientists, whether they stem from politics or other societal sectors, who interpret those findings inaccurately or even try to withhold or deliberately misrepresent their original meaning.

This issue of the series “Akademie im Dialog”, initiated by the Austrian Academy of Sciences to accompany their public outreach activities, revisits the themes discussed in the symposium “The Freedom of Scientific Research in the Face of Political and Societal Demands”, held in the context of the 2016 General Assembly of the European Federation of Academies of Sciences and Humanities, ALLEA, in Vienna on 18 April 2016, and makes the contributions available to the interested public. 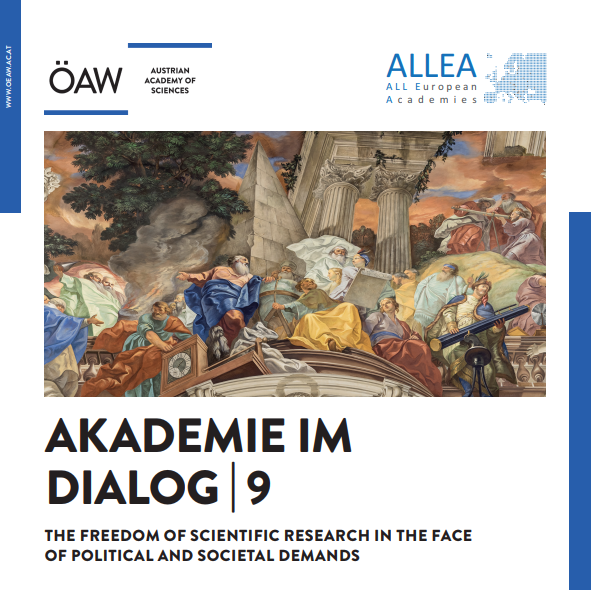 Developing a Vision for Framework Programme 9