To commemorate his extensive scholarly work on religions in Europe and his reflections on European society, the French philosopher Rémi Brague was the third scholar to be awarded the All European Academies Madame de Staël Prize for Cultural Values. His research is an important reference point for the comprehensive understanding of the relationship between Judaism, Christianity and Islam today.

Rémi Brague was born in Paris in 1947. He is professor emeritus of Arabic and medieval philosophy at the Sorbonne in Paris and holds the Romano Guardini chair of philosophy (emeritus) at the Ludwig Maximilian University in Munich.

Professor Brague’s work provides an invaluable wealth of analysis on the interplay between Judaism, Christianity and Islam as they progressed through history. His best-known works include Europe, la voie romaine (1992), Eccentric Culture: A Theory of Western Civilization (2009), Legend of the Middle Ages: Philosophical Explorations of Medieval Christianity, Judaism, and Islam (2009), Law of God: The Philosophical History of an Idea (2008) and On the God of the Christians (and on one or two others) (2013).

The President of Austria, Heinz Fischer, opened the 17th ALLEA General Assembly and welcomed the participants of the scientific symposium The Freedom of Scientific Research in the Face of Political and Societal Demands, which took place at the Austrian Academy of Sciences in Vienna on 18 April 2016. At the award ceremony, Johannes Hahn, EU Commissioner for European Neighbourhood Policy & Enlargement Negotiations and former Austrian Federal Minister for Science and Research, handed the All European Academies Madame de Staël Prize for Cultural Values to French philosopher Rémi Brague. The prize was initiated by ALLEA in 2014 with the friendly support of the Stiftung Mercator.

Upon handing over the prize to Professor Brague, Commissioner Johannes Hahn, expressed that:

“The prize gives humanities a true European framework and helps establishing a distinct European cultural identity. I warmly congratulate today’s laureate Rémi Brague for his distinct contribution, and ALLEA for the tireless effort of working on a better Europe.” 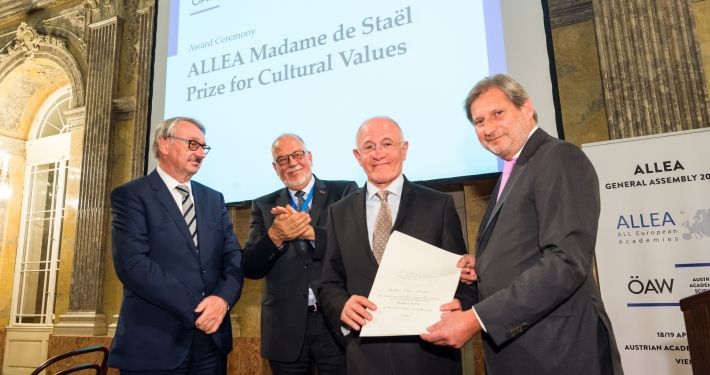 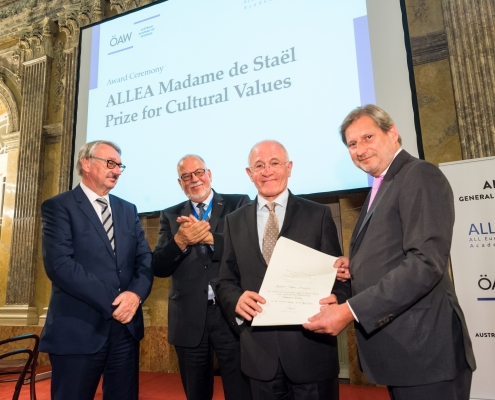 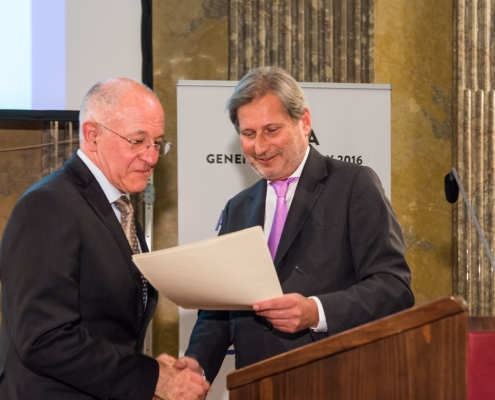 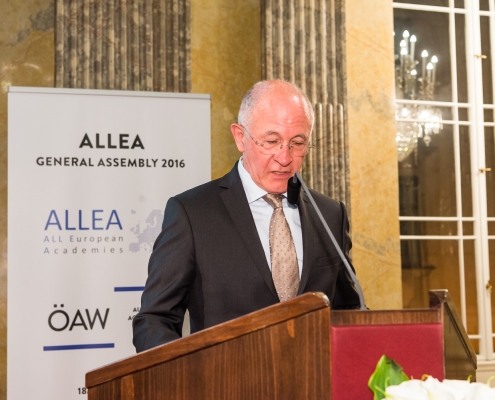 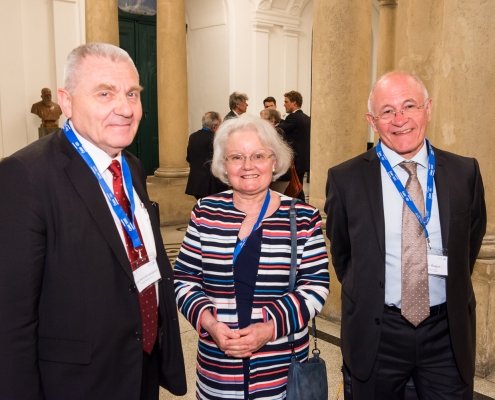 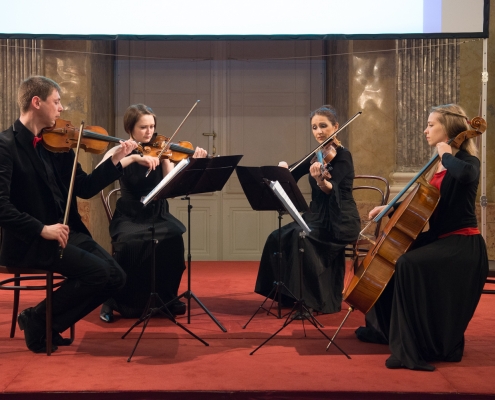