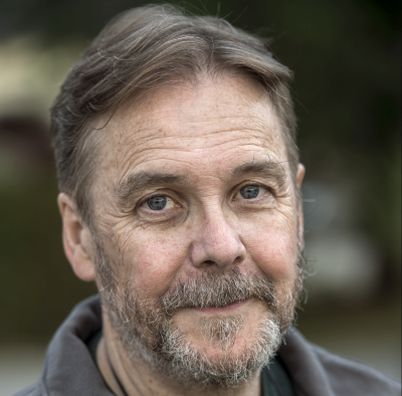 The Jury of ALLEA’s Madame de Staël Prize for Cultural Values paid tribute to Dutch cultural historian Joep Leerssen (University of Amsterdam), whose work has been quintessential in studying the emergence and the development of European national movements and stereotypes.

The award worth €10,000 is awarded by ALLEA, the European Federation of Academies of Sciences and Humanities, jointly with the foundation Compagnia di San Paolo as major supporter. The Prize recognises eminent scholars and intellectuals whose work represents a significant contribution to the cultural values of Europe and to the idea of European integration.

A comparatist by formation, Leerssen has devoted his career to analysing how Europe’s multinationality has been experienced in history, tracing Europe’s identity as an evolving multi-party discourse of perceptions and representations.

“European cultural history is an endlessly seductive labyrinth of mirrors, full of guilt, glory, and self-reflections”, he commented. “Poised between cosmopolitanism and nationalism, being European is a standing challenge to our creative intelligence as scholars and as citizens.”

Summarising the deliberations of the Madame de Staël Prize Jury, ALLEA President and Chairman of the Jury, Antonio Loprieno stated:

“Joep Leerssen is one of the world’s most remarkable figures in the critical analysis of ethnic and cultural stereotyping and in the comparative history of European nationalisms. In times when various forms of national rhetoric seem to play a prominent role in public discourse, we need the orientation provided by comparative cultural research in order to navigate the challenges faced by modern European societies. We are delighted to award the 2020 Madame de Staël Prize to one such renowned scholar and pay tribute to Professor Leersen’s remarkable scientific opus.”

Joep Leerssen is a cultural historian with training in Comparative Literature. He is currently Professor of European Studies at the University of Amsterdam, additionally holding a part-time research professorship at the University of Maastricht. In course of his professional career, he has held visiting appointments at Harvard, Cambridge, Göttingen, and the ENS (Paris), among others. He is a member of the Royal Netherlands Academy of Arts and Sciences.

With the funding attached to two major academic awards (the Spinoza Prize and a Royal Netherlands Academy Professorship), Leerssen set up the Study Platform on Interlocking Nationalisms in 2009-2010. Its flagship publication to date is the Encyclopedia of Romantic Nationalism in Europe (2015-18). Among his other books are Remembrance and Imagination (1996), De Bronnen van het Vaderland (2nd ed. 2011), Spiegelpaleis Europa (3rd ed. 2015), National Thought in Europe (3rd ed. 2018), Imagology and The Rhine: National Tensions, Romantic Visions (2007 and 2017, both co-edited with Manfred Beller), and Commemorating Writers in 19th-Century Europe (2014, co-edited with Ann Rigney).

Now in its seventh edition, the All European Academies Madame de Staël Prize honours outstanding scholarly and intellectual contributions to the advancement of Europe. Previous laureates include Mariana Mazzucato, Andrea Pető, Koen Lenaerts and others.

Since 1563, we have been working out of Turin for the common good, with a focus on people. Our experience has taught us that the well-being of individuals is closely linked to that of their community. This is why, for us, the Sustainable Development Goals set by the United Nations are a valuable opportunity to contribute to the future of humankind at all levels: we have taken on this challenge and reorganised ourselves accordingly.

We have three main Goals: Culture, People and Planet, which can be achieved through fourteen Missions. We are committed to preserving and expanding our endowment in order to make contributions and develop projects working alongside institutions and in collaboration with our auxiliary bodies. This is our commitment, for the common good and for everyone’s future.