Blog - Latest News
You are here: Home / ALLEA congratulates Academy of Sciences and Arts of Bosnia and Herzegovina...

Vice President Daniela Jezova represented ALLEA at the Academy’s commemorative ceremony that took place under the auspices of the Chairman of the Presidency of Bosnia and Herzegovina. 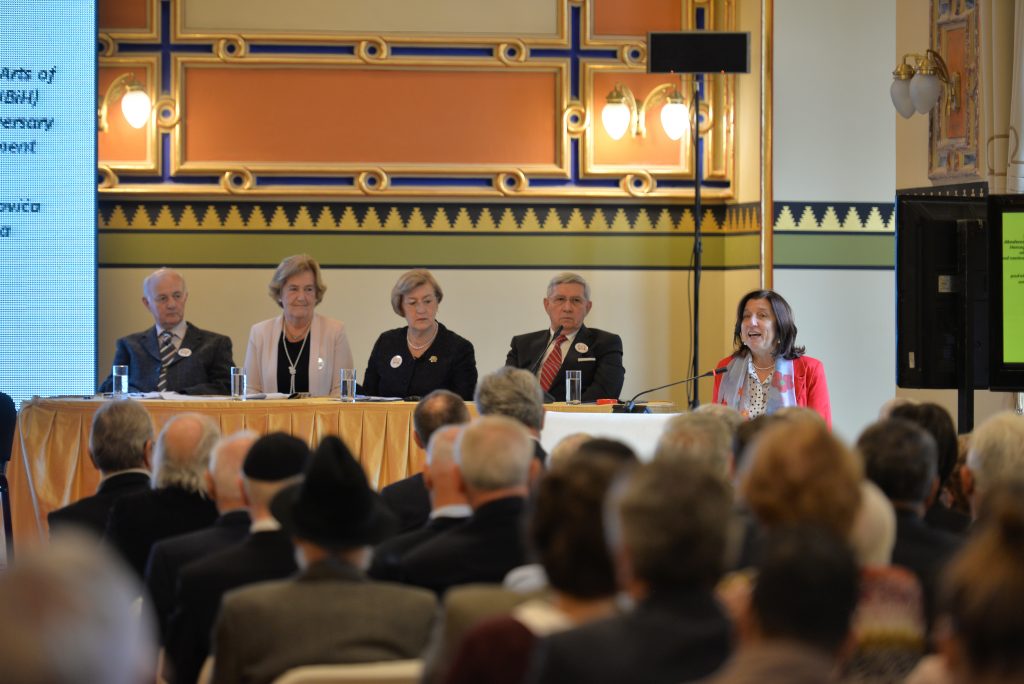 Professor Jezova congratulated the ANUBiH on its high achievements during its sixty-five year history promoting excellence in science. Particularly she underlined the remarkable role of the national Academy in the country’s research system. “We can be proud that the Academy of Sciences and Arts of Bosnia and Herzegovina, a member of ALLEA, has demonstrated interdisciplinary excellence, autonomy of research, and has promoted and fostered international collaborations”, she affirmed.

In her speech, Professor Jezova drew attention to the work of ALLEA on bringing together academies from across Europe and beyond. She particularly highlighted the importance of the European Commission’s Science Advice Mechanism (SAM) as the new advisory system to obtain scientifically based policy advice. To support this mechanism, ALLEA is working with a network of organisations of academies in the SAPEA project (Scientific Advice to Policy by European Academies). The ALLEA Vice President encouraged the Bosnian academy to collaborate and contribute to these efforts.

The solemn session was opened by a welcome address by the Chairman of the Presidency of Bosnia and Herzegovina, Mr. Bakir Izetbegovic, and closed with the speech of the President of the academy, Professor Milos Trifkovic. The celebrations also commemorated the 50 years since the enactment of the Law on the Academy of Sciences and Arts, and included an exhibition of the artistic works of the members of the Department of Arts of the Academy of Sciences and Arts of Bosnia and Herzegovina.

The Academy of Sciences and Arts of Bosnia and Herzegovina (ANUBiH) is the highest scientific institution in the country and was established in 1951 by the Assembly of the Socialist Republic of Bosnia and Herzegovina. The institution works under the principles of independence and autonomy and was assigned the task of taking care of the development of science and arts in the country. Its activities include the organisation of scientific and artistic productions, and the publication of the works of its members and Academy’s associates. The ANUBiH is managed exclusively by the principles and interests of science and free beliefs of its members.

PWGSE meeting in Oslo and Stakeholder Workshop in Brussels
Scroll to top
This site uses cookies to offer you a better browsing experience. To find out more on how we use cookies and how you can change your settings click on More info. AcceptDeclineMore info