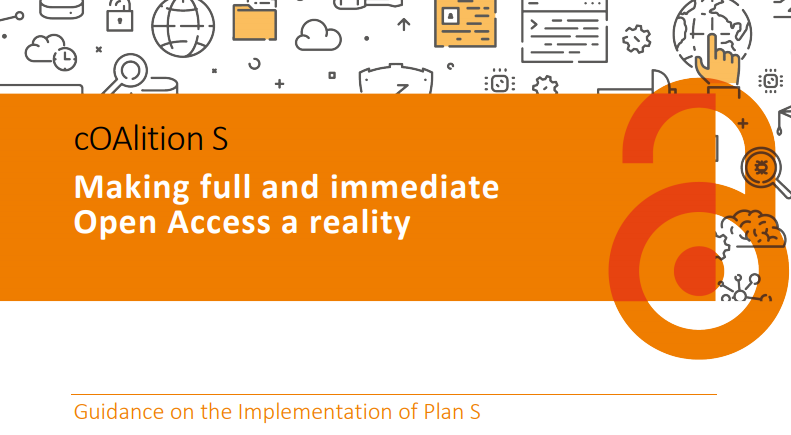 In order to promote a discussion of the likely impacts of Plan S and to help shape the future of open access, ALLEA has submitted its feedback to the ‘Guidance on the Implementation of Plan S’. The guidance represents a preliminary framework for the adoption and implementation of open access with the final aim of making scientific research and publications more easily accessible to the broader public.

While ALLEA supports open access as a major step towards realising the universality of science, there are many issues that still need to be taken into consideration in order to prevent unintended consequences in the scientific publishing sector and the research evaluation system.

The implementation guidance was proposed by cOAlition S, a consortium of national research funding organisations and charitable foundations with the support of the European Commission and the European Research Council. Plan S requires that, from 2020, scientific publications that result from research funded by public grants must be published in compliant Open Access journals or platforms. 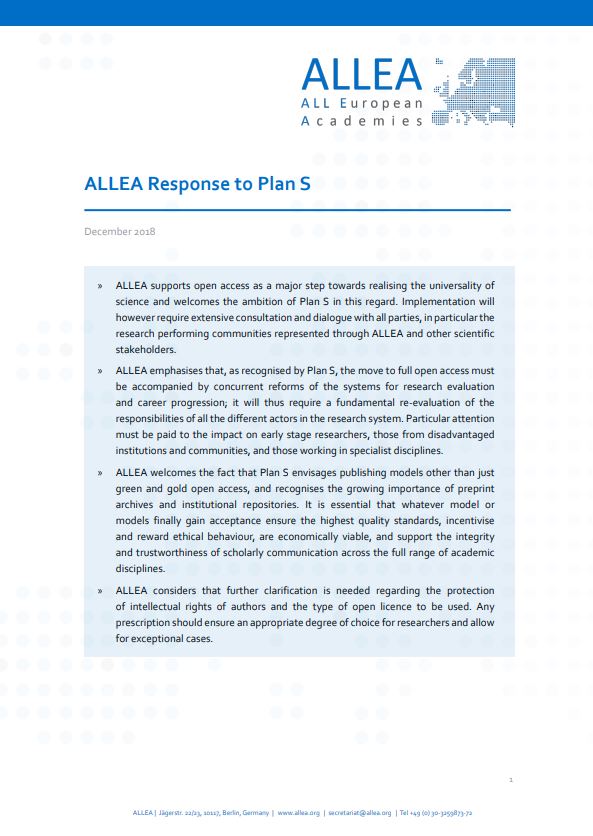 In an initial response published on December 2018, ALLEA welcomed the ambition of cOAlition S to move the scientific publishing system towards open access. However, ALLEA emphasised that broader consultation with all parties is required during the implementation phase. Moreover, concurrent reforms of the systems for research evaluation and career progression are needed to minimise unintended consequences of Plan S for early career researchers and specialised disciplines.

In addition, the response provided comments and recommendations regarding various implications of Plan S concerning ethics and trust in science, the research evaluation system, the protection of intellectual property rights as well as economic considerations.

ALLEA has engaged with different stakeholders to promote open access and to discuss the future of Plan S. On 4 February, ALLEA’s President, Professor Antonio Loprieno, met in Brussels with Robert-Jan Smits, Open Access Envoy of the European Commission, and Marc Schiltz, President of Science Europe, to discuss the next steps of Plan S.

Seeking to promote a discussion on the topic, ALLEA Member Academies are also opening the debate within the research community at the national level. The International Science Council published an interview with Professor Luke Drury, member of the ALLEA Board and lead author of ALLEA’s response paper, where he elaborates on the importance of Plan S to ALLEA and the broader European research community.