Dan Sperber on Trust vs. Argument

You are here: Home1 / Past Events2 / Dan Sperber on Trust vs. Argument 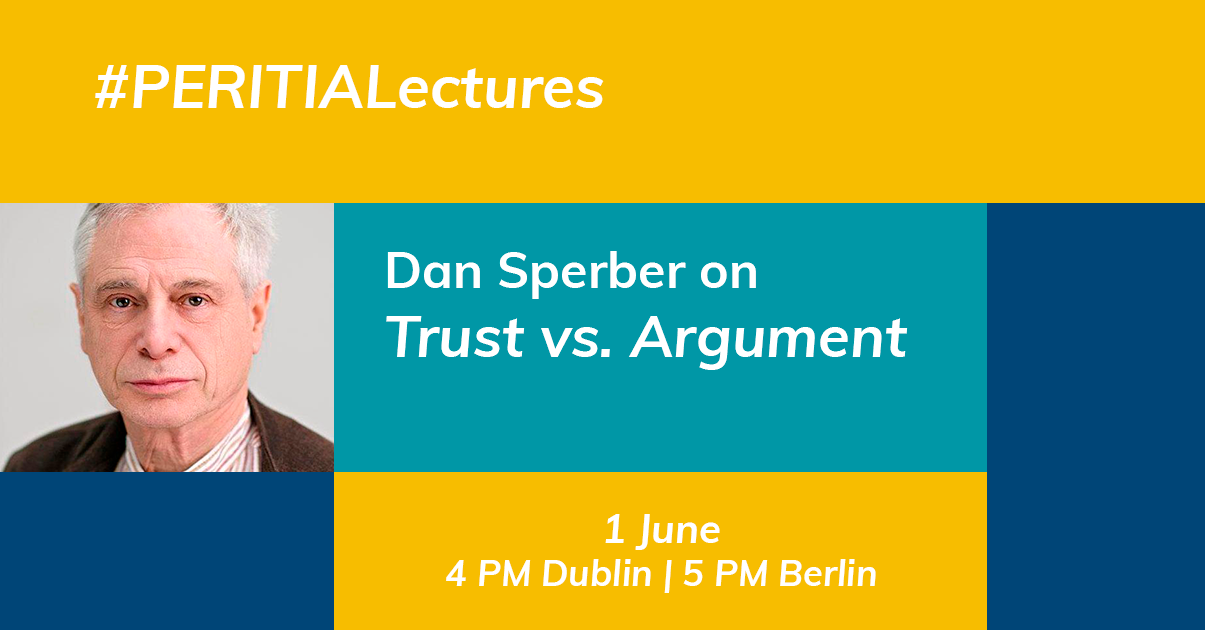 Dan Sperber will be the fifth speaker of the PERITIA Lectures [Un]Truths: Trust in an Age of Disinformation. The series explores the concept of trust and truth in light of current events. Prominent philosophers and academics from Europe and the United States come together to present their latest research on trust in science, conspiracy theories, trustworthy science, truth and democracy, and trust and cognitive science.

Dan Sperber is a French social and cognitive scientist. He will speak on 1 June 2021 on ‘Trust vs. Argument’. He is the author of Rethinking Symbolism (Cambridge UP 1975), On Anthropological Knowledge (Cambridge UP 1985), Explaining Culture (Blackwell 1996). In these three books, he has developed a naturalistic approach to culture under the name of “epidemiology of representations”. Dan Sperber is also the co-author, with Deirdre Wilson (Department of Linguistics, University College, London) of Relevance: Communication and Cognition (Blackwell 1986 – Second Revised Edition, 1995). Dan Sperber and Deirdre Wilson have developed a cognitive approach to communication known as “Relevance Theory”. Both the epidemiology of representations and relevance theory have been influential and also controversial.

PERITIA launched a series of public lectures entitled ‘[Un]Truths: Trust in an Age of Disinformation’, from 6 April to 1 June 2021. Read more about the past lectures here.

‘Across Boundaries in Sciences’: Watch the Symposium’s Re...