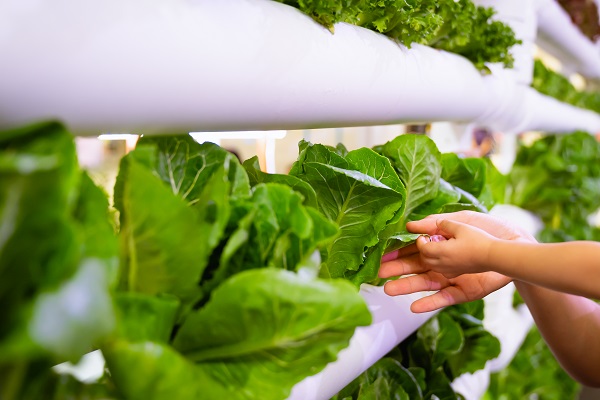 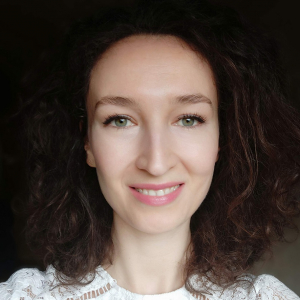 Dr Oana Dima, one of the lead authors of the ALLEA Report “Genome Editing for Crop Improvement”, responds to five key questions about the science behind new plant breeding techniques, from its applications to the impact of the current policy and legal impasse.

Question: The introduction of CRISPR-Cas in plant breeding is opening up new approaches for crop improvement. Where do you think it is most effectively employed?

Oana Dima: Europe harbours leading research centres, providing cutting-edge technologies to drive scientific innovation. In less than 10 years, we experienced a breakthrough in biotechnology with the development of genome editing by top researchers. Currently, genome editing with CRISPR-Cas is used by almost every biotechnology research group in the world in their daily research and the number of scientific reports published by research institutes is increasing exponentially. Earlier this month (October 2020) Emmanuelle Charpentier and Jennifer Doudna received the Nobel Prize in Chemistry for the development of the CRISPR-Cas method for genome editing. This illustrates how fundamental research with a touch of creativity can lead to new, exciting applications to help society and our planet. The highest recognition is crucial for further development and application of genome editing not only in medicine but also in agriculture and food production, which must become more sustainable in a world facing an increasing world population, climate change, and environmental degradation.

Q.: How did the ruling of the Court of Justice of the EU of 2018, placing genome-edited plant breeding under the Genetically Modified Organisms (GMO) Directive, impact on the scientific and technological development of these techniques in Europe?

The ALLEA-KVAB symposium followed up on the concerns and criticisms voiced by large parts of the scientific community in response to the European Court of Justice (ECJ) decision of 25 July 2018, interpreted by the European authorities that organisms produced by mutagenesis techniques, such as genome editing with CRISPR, should be considered as genetically modified organisms (GMOs) within the meaning of the GMO Directive 2001/18.

The scientific community has voiced concerns that substantially restricting the possibility of utilising genome editing by applying the GMO legislation will have considerable negative consequences for agriculture, society and economy. More specifically, the development of beneficial crop varieties in a faster and much more directed way thanks to genome editing is halted in Europe, while the rest of the world embraces the technology.

The scientific community has voiced concerns that substantially restricting the possibility of utilising genome editing by applying the GMO legislation will have considerable negative consequences for agriculture, society and economy.

In response to the ECJ judgment, the EU-SAGE (European Sustainable Agriculture through Genome Editing) network was launched, which gathers scientists from 133 European research institutes and associations, from 21 different Member States, the UK and Norway and aims to provide information about genome editing and to promote the development of European and EU member state policies that enable the use of genome editing for sustainable agriculture and food production. Scientists representing the EU-SAGE network, are convinced that Europe needs to support innovative plant breeding through genome editing and strongly argue that enabling genome editing in future policies should be based on the best possible scientific knowledge and experience.

Q.: Safety is a major concern of the public when it comes to agricultural food production, and subsequently the use of genome-editing. Where do we stand on the safety of genome-edited plants? How likely is that this evidence may change in the future?

O.D.: The ALLEA-KVAB symposium aimed at providing an overview of the scientific evidence with respect to safety of genome–edited crops and their possible potential to provide solutions to current and future agricultural problems.

The use of a particular technology should not determine whether or not a certain crop is safe, but the introduced characteristics should determine its safety. With the use of genome editing, plant breeding becomes much more knowledge based. Plant breeding thereby transitions from a sometimes blind or random approach to a much more targeted and precise approach. Genome editing reduces the amount of uncertainties, which contributes to safety. Genome-edited crops with DNA changes that can as well spontaneously occur in nature or result from other breeding methods are considered to be generally as safe as crops with the same DNA changes obtained through conventional methods. In my opinion, a genome-edited crop with a specific change in the DNA is as safe as a conventional crop containing the same DNA change.

From a scientific point of view, it is important to highlight that scientists aim to further improve the predictability of genome editing, although this can be wrongly interpreted and perceived by the public as unsafe.

From a scientific point of view, it is important to highlight that scientists aim to further improve the predictability of genome editing, although this can be wrongly interpreted and perceived by the public as unsafe. There is a limited chance that genome editing results in unintended DNA changes. However, scientists are continuously working on improvements of genome editing to raise the specificity of the technology to a very high level. Even in the case of an unintended DNA change as a result of genome editing, this change can be removed through crossing or selection, which is a standard practice in the plant breeding process for the improvement of any crop.

Q.: The report calls for an open, honest dialogue with all stakeholders, including the public, in the decision-making processes for introducing genome-edited products into the market. Do you have examples in mind of how the dialogue with public could take place?

O.D.: In regard to the ongoing discussion on genome editing, it is important to clarify what aspect of the technology is being discussed. When decisions are taken based on claims different from scientific evidence, then it should be clearly communicated for transparency reasons. For this purpose, it is important to disentangle the facts and the values, although it can be difficult. In order to change parts of the public’s negative perceptions of food produced from genome-edited crops, it is necessary to increase the global understanding of the complexity of the food production systems. A large part of the public is generally not aware of the role of technological innovations in agriculture to contribute to economic and social wellbeing and that progress in agriculture will help us to better cope with climate adversities.

The agricultural system is a fundamentally man-made and artificial system, not a natural ecosystem and as such does not follow the laws of natural evolution but those of man-made selection.

A romanticised vision of agriculture is present in many European countries as a result of a distorted understanding of the agricultural system. The agricultural system is a fundamentally man-made and artificial system, not a natural ecosystem and as such does not follow the laws of natural evolution but those of man-made selection. The agricultural environment changes much faster than a natural environment would and the cultivated varieties must continually adapt to new growth conditions and new threats. This makes it necessary to continuously select new varieties. To make consumers aware, it is important to communicate the role of technological innovations in agriculture through evocative narratives instead of explaining the technicalities and possibilities of the technology itself. For example, genome editing has the potential to protect regional food traditions and to favour diversification.

Q.: What is your vision for the future of this technology? Where will we be in a few years from a technological point of view, where could we realistically see its application, and how will the public discourse evolve?

O.D.: The recently published Green Deal of the European Commission stated, within the context of the ‘Farm to Fork’ strategy, that the EU needs to develop innovative ways to reduce dependency on pesticides and fertilizers and reverse biodiversity loss while at the same time provide society with sufficient, nutritious, sustainable and affordable food.

Setting the targets is not enough, we also need tools to help achieve these targets. All possible approaches, including innovative plant breeding technologies, are required to address these challenges and to achieve the ambitious goals of the Farm to Fork strategy. The most recent addition to the toolbox to develop new crop varieties is precision breeding with genome editing. This technology has far-reaching applications such as increasing the diversity of crops, the reduction of pesticides, the further development of healthy food, and many more.

The European Union is missing out on innovative plant breeding through genome editing because the lack of fit-for-purpose legislation and if left unchanged, it will have dramatic consequences for Europe.

The European Union is missing out on innovative plant breeding through genome editing because the lack of fit-for-purpose legislation and if left unchanged, it will have dramatic consequences for Europe. Crop improvement through genome editing has enormous potential to help achieve the SDGs of the United Nations and the Green Deal of the EU, to feed the world of tomorrow, and aid in overcoming the perils on food production of climate change and environmental degradation. We are at a breaking point in Europe, which will determine how we will be able to transform our agricultural systems to build a greener future.

New PERITIA Video: Why Trust Experts?
Scroll to top
This site uses cookies to offer you a better browsing experience. To find out more on how we use cookies and how you can change your settings click on More info. AcceptDeclineMore info