The Georgian National Academy of Sciences kindly invited the ALLEA Board to hold their Board Meeting in the Georgian capital Tbilisi, where the attending members paid special attention to ongoing ALLEA activities and discussed future activities for the academies.

The President of the academy, Academician Giorgi Kvesitadze welcomed the ALLEA Board on the first day of the meeting. In his welcome speech, the President contextualised the role of the Georgian academy and highlighted its preeminent role as a scientific advisor to the Georgian government and also its role as a supervisor to Georgian universities. The academy works towards ultimately achieving a knowledge-based society, planned incorporation into the European Research Area is considered a necessary step in that direction.

The first day of the meeting was held at the Agricultural University of Georgia, which provided the members of the Board the chance to take a close look at the state of Georgian higher education facilities.
In the meeting, the members of the Board received updates on the manifold ALLEA activities that took place over the summer. Krista Varantola reported on the status of the ALLEA European Code of Conduct revision carried out by the Permanent Working Group Science & Ethics, where several meetings were held and stakeholders were consulted.

In addition, the Board discussed the most recent ALLEA statement on “patent-related aspects of CRISPR-Cas”, which was published by the Permanent Working Group on Intellectual Property Rights and which was very well received by the relevant European Institutions. 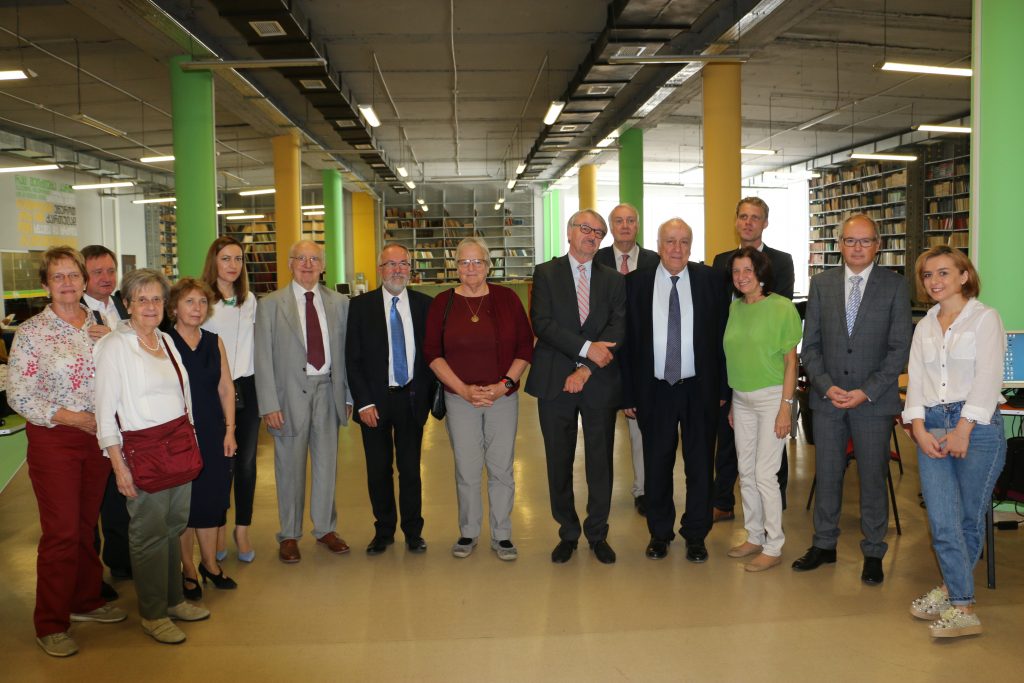 The ALLEA Board with the President of the Georgian National Academy of Sciences, Academician Giorgi Kvesitadze

Furthermore, the Board heard an update on the AGATE project, where ALLEA supports the Union of the German Academies in reaching out to academies and other relevant stakeholders across Europe. Several member academies have already shown interest and signed a letter of intent to support the project.

The second day of the meeting took place at the National Parliamentary Library of Georgia. The focus of the day was on the current status of SAPEA and the Board heard a report on the ongoing preparation for the project.
Another emphasis was put on ALLEA’s science diplomacy activities which over the summer were quite timely in responding to the outcome of the UK referendum on membership in the European Union and its likely impact on research institutions as well as issuing a statement calling to ensure the scientific integrity and safety of scientists in Turkey following the coup d’état in July.

The Georgian National Academy of Sciences coordinates scientific research in Georgia and develops relationship with up to 20 Academies in foreign countries. It is a scientific Adviser to the Georgian Government.

The Georgian Academy of Sciences with up to 65 scientific institutes was formed during the Soviet period. At present all these institutes are under the umbrella of the Ministry of Education and Sciences of Georgia. They are amalgamated with different Tbilisi Universities. Although they are still accountable to the Academy.