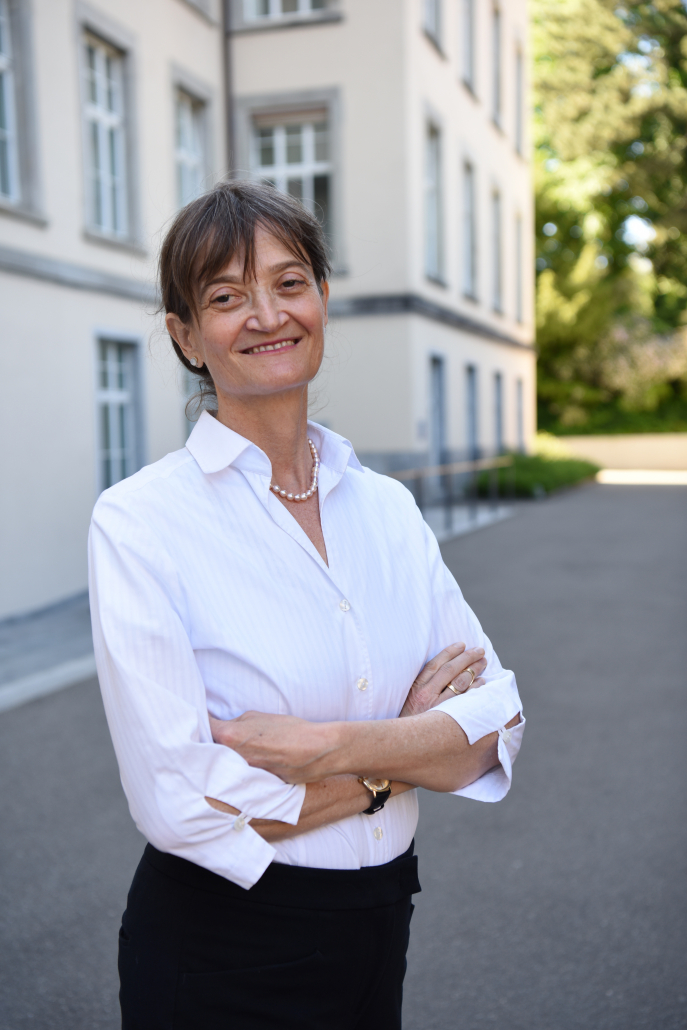 Professor Helen Keller is a renowned lawyer, international judge, and professor of law, and she is the 2021 Madame de Staël Prize laureate. She was chosen as the 2021 laureate on account of her contribution to the development and consolidation of human rights jurisprudence in Europe as well as her commitment to fundamental rights.

Professor Keller is Chair for Public Law, European and Public International Law at the University of Zurich. She is a former member of the UN Human Rights Committee and served as Judge at the European Court of Human Rights between 2011-2020. In December 2020, she was appointed Judge to the Constitutional Court of Bosnia-Herzegovina. We are privileged to have the opportunity to sit with Professor Keller and ask her some questions about her academic and jurist career.

“There are two big themes that have always interested me in my research: one is the question of how to engage the law in the protection of certain groups or interests. The second deals with the clash of different legal masses.”

Question: Professor Keller, what does winning the 2021 Madame de Staël Prize mean to you?

Helen Keller: I am honored and humbled, indeed. It is wonderful that my efforts in research, but also as a judge, for a strong and peaceful Europe are taken note of. This gives me strength to continue working. Of course, the prize also goes to the University of Zurich, which has always generously supported me in my involvement with the UN or the European Court of Human Rights.

Finally, the prize comes at a special time for Swiss research in general: because the Swiss government has broken off negotiations on a framework agreement with the EU, access for Swiss researchers in Europe is restricted. So this prize comes at just the right time: It should show the academics in Switzerland that we should nevertheless continue to work on European topics and that our voice is and can be heard in Europe.

Q.: Your work has focused on such diverse areas of jurisprudence; you have written extensively on issues pertaining to federal as well international law, and on topics ranging from the death penalty to environmental law. What would you say are your main areas of academic interest and why?

H.K.: There are two big themes that have always interested me in my research. One is the question of how to encourage and engage the law in the protection of certain groups or interests that are a priori badly protected. This concerns the research topics that revolve around human rights and environmental protection. The second theme deals with the clash of different legal masses, be it international law on national law or soft law on hard law. I have examined how courts deal with these situations.

“As a researcher, I always thought that the courts would write a judgment as if it were a scientific essay. But when you take part in deliberations, you see that the passing of a judgment is a process influenced by various opinions.”

Q.: Since the early 2000s you established yourself as a scholar of law, serving as visiting scholar at various academic institutions. Additionally, you have served as judge at the European Court of Human Rights (ECtHR) from 2011 to 2020 and you now serve as judge at the Constitutional Court of Bosnia-Herzegovina. How has this interplay between theory and practice throughout your career impacted your work and your mindset as a scholar and as a judge?

H.K.: Once you have sat on a bench, you certainly read judgments differently. As a researcher, I always thought that the courts would write a judgment as if it were a scientific essay, that the text would be a unified whole. But when you take part in deliberations, you see that the passing of a judgment is a process influenced by various opinions. Often compromises need to be made in order to win over enough judges for the majority. Sometimes compromises are made that are not always advantageous for the coherence of the text. When I go over judgements today, I recognise these fractures and I will try to pass on this knowledge to my students.

Q.: What are the greatest achievements of the ECtHR that come to mind from your time as judge there? Any particular court cases that stuck with you throughout the years?

H.K.: The Court fulfills a very important task: it repeatedly reminds the 47 states of their obligations to protect human rights and democracy. The Court has to do this in a very difficult environment, as there are many states with unstable democratic structures that regularly trample on basic human rights.

One case that has forever tainted my memory is ‘El-Masri v. Northern Macedonia.’ The complainant in this case had the misfortune of having a very similar name to a man who was directly involved in the 9/11 terrorist attacks in the United States. That is why the Macedonian security forces mistakenly arrested him at the behest of the CIA and then handed him over to the CIA. He was later forcibly transferred to Kabul, Afghanistan, where he was tortured for several months. In this judgement, the Court ruled in favour of the complainant, addressing for the first time the secret renditions and the secret prisons in Europe after 9/11. This was a taboo-breaking case, which was very important for the upholding of human rights in Europe.

“Climate change is where my two research topics come together. On the one hand, there is the question of how we can better protect the environment against exploitation; on the other hand, different bodies of law collide and need to be harmonized.”

Q.: Climate change is a multifactorial problem that has far-reaching consequences in different aspects of human life. In a broad sense, how is the field of law and the different judicial systems in Europe being impacted by climate change?

H.K.: Climate change is where my two research topics that I mentioned earlier come together. On the one hand, there is the question of how we can better protect the environment, the ecosystem and the climate, which we have used more or less for free for so many centuries, against exploitation. On the other hand, different bodies of law collide and need to be consolidated/harmonized: international and national law, hard law and soft law (e.g. voluntary commitments by companies) and administrative law and human rights.

Q.: What is the link between climate change and human rights? In a recent article you say that, when dealing with cases related to climate change, courts must be careful not to behave like activists, as this could jeopardize the legitimacy and reputation of a court. Why is this?

H.K.: We face a major gap in international law to combat global warming. Although there are more or less binding requirements for states to reduce CO2 emissions, we do not have an international body that would review violations of these obligations. This is where human rights come into play. In various countries, individuals file lawsuits against states (sometimes also against large international corporations such as Shell), claiming that their human rights have been violated because the state has done too little to combat global warming. This is the link between global warming and human rights. Because the latter are secured regionally and internationally by various judicial bodies (such as the Inter-American Court of Justice, the ECtHR, the Human Rights Council etc.), these people hope to succeed in the fight against global warming.

However, courts have to be careful. If judges want to force something that society is not ready for, courts risk having their legitimacy questioned. That ultimately also means that their judgement will then not be accepted and implemented.

“Climate disputes exist all over the world. We often focus on North America and Europe, but a lot is happening in Asia and Africa in this area. I think we can learn from each other.”

Q.: The number of lawsuits linked to climate change has grown exponentially in the last years. For instance, on 29 April 2021, the German Federal Constitutional Court, following a complaint brought by young climate activists, held the 2019 German Federal Climate Change Act as partially unconstitutional. What do you think about this decision?

Q.: What can your research with the Climate Rights and Remedy Project at the University of Zurich tell us about such cases?

H.K.: The first phase is to show that these climate disputes exist all over the world. We often focus on North America and Europe, but a lot is happening in Asia and Africa in this area. I think we can learn from each other. 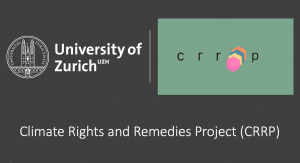 Web portal of the Climate Rights and Remedies Project coordinated by Prof. Helen Keller at the University of Zurich

In a second phase, we will focus more on the content of the cases: How do the courts deal with questions of admissibility that arise in these climate lawsuits in a very specific and new way, e.g. who can look after the interests of future generations? How do the judges deal with the great technicality of the questions and the scientific data situation? And finally, what impact do these judgments have on improving the environmental situation in reality?

Professor Helen Keller received the Madame de Staël Prize on 6 November 2021 in a hybrid event during the Berlin Science Week, where she also delivered an interactive lecture relevant to her research at the Climate Rights and Remedies Project. You may read our summary of the event here and watch the full livestream here.