Michael Lynch on the Democratic Value of Truth

You are here: Home1 / Past Events2 / Michael Lynch on the Democratic Value of Truth 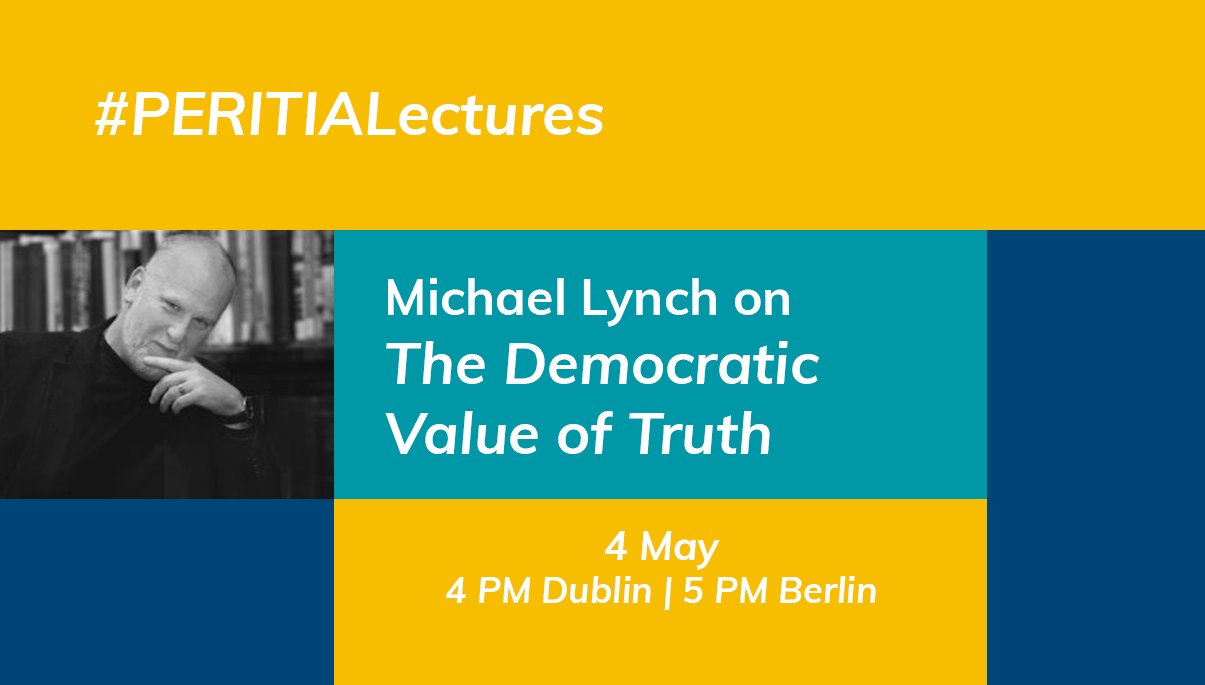 PERITIA Lecture: Michael Lynch on The Democratic Value of Truth

Michael Patrick Lynch will be the third speaker of the PERITIA Lectures [Un]Truths: Trust in an Age of Disinformation. The series explores the concept of trust and truth in light of current events. Prominent philosophers and academics from Europe and the United States come together to present their latest research on trust in science, conspiracy theories, trustworthy science, truth and democracy, and trust and cognitive science.

Professor Lynch will speak on ‘The Democratic Value of Truth’ on 4 May. He is Board of Trustees Distinguished Professor of Philosophy at the University of Connecticut. He is the director of the Humanities Institute and director of the New England Humanities Consortium. His work concerns truth, democracy, public discourse and the ethics of technology.

Lynch’s newest book is Know-it-All Society: Truth and Arrogance in Political Culture. His other books include, The Internet of Us: Knowing More and Understanding Less in the Age of Big Data,  In Praise of Reason: Why Rationality Matters for Democracy, Truth as One and Many and the New York Times Sunday Book Review Editor’s pick, True to Life.

The recipient of the Medal for Research Excellence from the University of Connecticut’s College of Liberal Arts and Sciences, he is the Principal Investigator for Humility & Conviction in Public Life, a $7 million project aimed at understanding and encouraging meaningful public discourse funded by the John Templeton Foundation and the University of Connecticut. A contributor to the New York Times “The Stone” weblog, Lynch’s work has been profiled in The New Yorker, The Washington Post and Wired (among others). He speaks regularly to both academic and non-academic audiences, and has appeared at such venues as TED, The Nantucket Project, Chautauqua, and South by Southwest.

PERITIA launched a series of public lectures entitled ‘[Un]Truths: Trust in an Age of Disinformation’, from 6 April to 1 June 2021. Read more about the upcoming lectures here.

Free and open to the public; registration mandatory