A new ALLEA statement examines the current patent system in the context of the ideals and objectives of open science and recommends, among others, the introduction of grace periods in patent applications to make knowledge open as early as possible. In its conclusions, the statement recommends (1) the introduction of a carefully formulated grace period of at least one year in patent applications to allow open publication prior to obtaining protection, and suggests that (2) the existing research and experimentation exceptions should be strengthened and broadly interpreted to underpin the free non-commercial use by researchers of knowledge disclosed in patents. 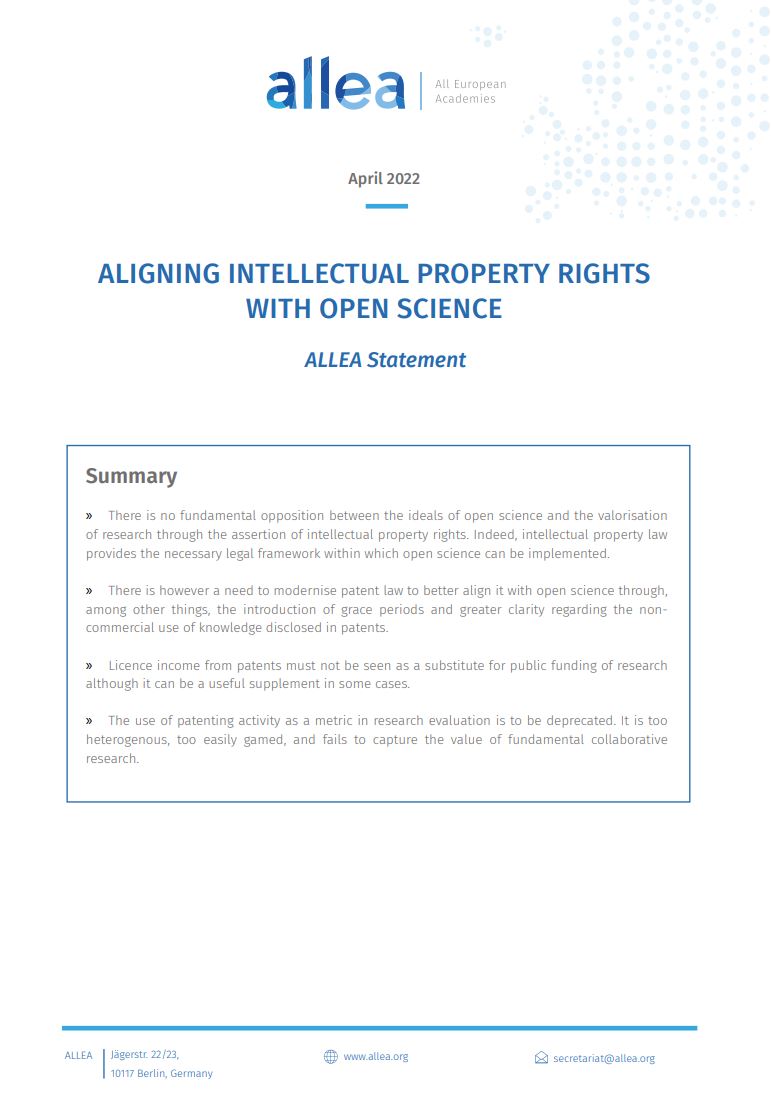