You are here: Home1 / SAPEA Publications2 / ALLEA Statement on The European Commission Public Consultation on the Data...

The ALLEA statement responds to the European Commission’s Public Consultation on the Data Act, ALLEA objects to the proposal of a “data producer’s right” envisaged in the European Commission’s communication “Building a European Data Economy“. In the text, the Federation urges the European Commission and other EU institutions to refrain from introducing any new Intellectual Property (IP) right that would protect “machine-generated data”, in order to ensure unfettered access to data that is essential to many fields of science.

In many scientific fields, including astronomy, biology and geology, scientific data are commonly, and increasingly, generated with the aid of highly advanced digital means and equipment. The statement recalls the principles of Open Science and underlines the vital role of access to data for scientific progress.

“We strongly object to the extension of the existing sui generis database right to embrace machine-generated data. (…) Creating IP rights in such machine-generated data would severely impede freedom of science and bear the risk of creating unwanted monopolies in scientific data sets”, the Federation says. 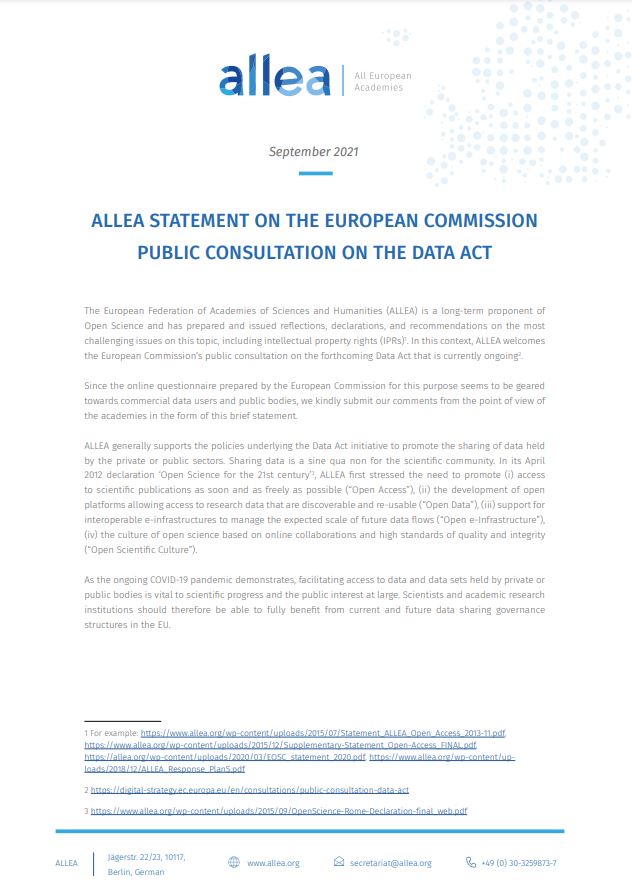 Research Assessments that Promote Scholarly Progress and Reinforce the Contract...

ALLEA Statement on Equity in Open Access
Scroll to top