You are here: Home1 / SAPEA Publications2 / ALLEA Statement on Equity in Open Access

The statement “Equity in Open Access” addresses how “gold” open access publishing routes and large read-and-write deals contribute to establishing inequitable structures within academic research. The statement builds on the 2021 theme of the International Open Access Week, ‘It matters how we open knowledge: building structural equity’, which was in turn inspired by one of the four core values of Open Science, as defined in the recently released UNESCO Recommendation on Open Science.

Although collective deals can be beneficial to individual researchers that are affiliated with organisations covered by such agreements, ALLEA highlights several important inequities resulting from these developments: 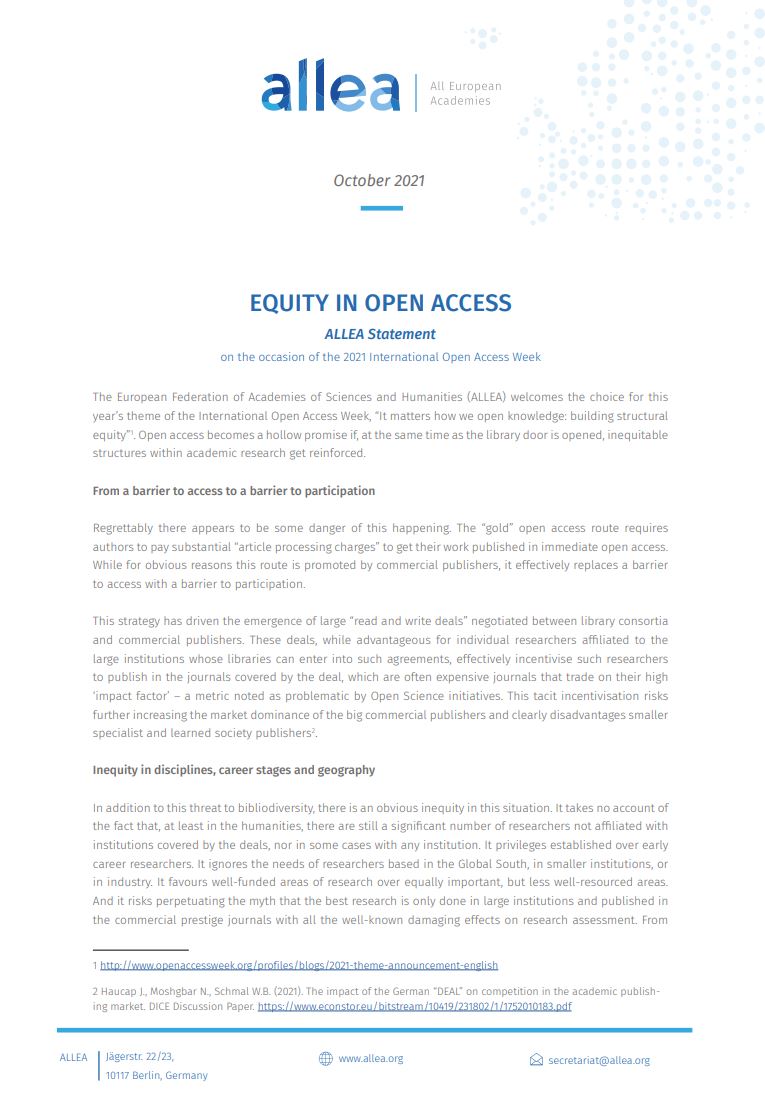 ALLEA Statement on The European Commission Public Consultation on the Data ...

Health Inequalities Research: New Methods, Better Insights?
Scroll to top
This site uses cookies to offer you a better browsing experience. To find out more on how we use cookies and how you can change your settings click on More info. AcceptDeclineMore info