Opportunities and Risks: the Digitisation of Books and the Google Book Settlement

You are here: Home1 / SAPEA Publications2 / Opportunities and Risks: the Digitisation of Books and the Google Book...

Opportunities and Risks: the Digitisation of Books and the Google Book Settlement

ALLEA draws attention to the potential, but also to the risks, of current large–scale digitisation projects of books. In particular, it offers a number of recommendations to public authorities (EU and national) aimed at limiting the potential negative effects of the commercial Google Books project.
Even after the rejection of the Google Book Settlement (GBS) between Google and some publishers and authors in a New York court, the underlying problems of an erosion of basic copyright rules and of unsatisfactory access provisions remain unresolved. European citizens and Europe-based researchers risk being barred from access to the benefits of this private digitisation project, while competing projects (public or private) may find themselves without access to relevant public-sector content collections (libraries). It is also important that the digital files received by the libraries after digitisation of their books are suitable for advanced research uses in a digital environment National Academies take an interest in this issue as leading representatives of Europe’s cultural and scientific heritage – through their collections, libraries etc. -, as publishers, as authors and as end users. 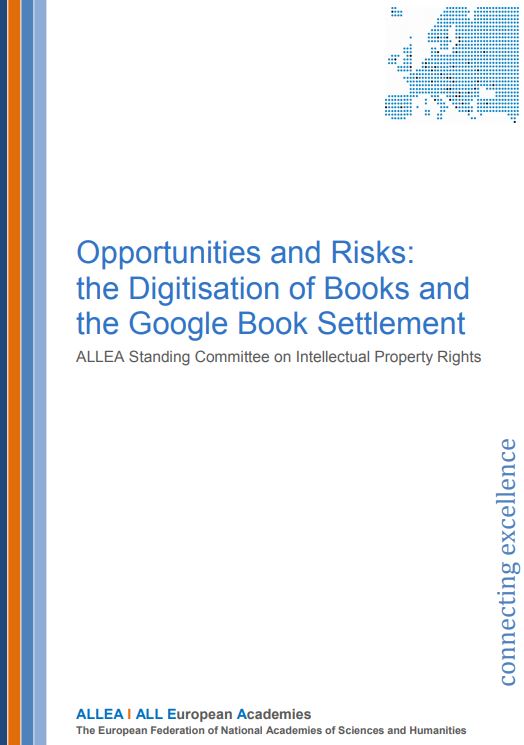 The Future Patent System of the European Union
Scroll to top