The Future Patent System of the European Union

You are here: Home1 / SAPEA Publications2 / The Future Patent System of the European Union

The Future Patent System of the European Union

This statement argues that the current European patent system does not satisfy the IPR needs of scientific research and falls short of the bold vision of the European Innovation Union. The statement supports the creation of a unitary European Union patent, as a supplement to existing European and national patents, of a single European patent judicature, and of a centralised European appeal court. In the absence of an unanimous position amongst Member States, however, the statement welcomes the alternative solution requested by 25 EU member states within the framework of enhanced cooperation, which will result in a European patent having unitary effect in all Member States except Italy and Spain. In addition, the statement draws attention in particular to the need to find a harmonized approach to regulations regarding employees’ inventions, especially those involving academic research in public institutions. It also encourages the European Commission to re-launch efforts aimed at ensuring that European law provides for a grace period similar to the one existing in US law. 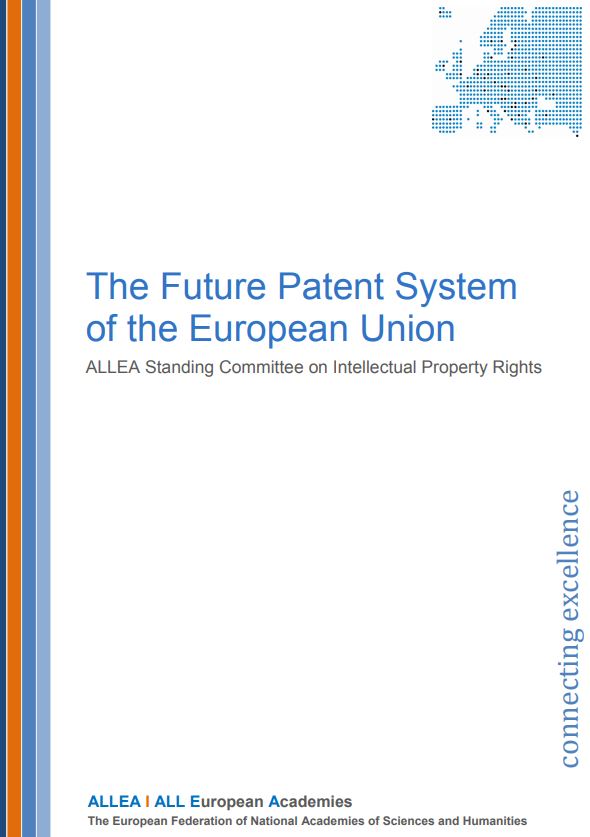 Opportunities and Risks: the Digitisation of Books and the Google Book Sett...