You are here: Home1 / SAPEA Publications2 / Survey and Analysis of Basic Social Science and Humanities Research at...

Cultural heritage and identity in Europe is rich and diverse, and it is one of the key endeavours of the European academies of science, along with other research organisations, to document and preserve it. The academies are major generators and storehouses of knowledge and if they were to join forces they could strengthen the integration of European basic SSH research on cultural heritage and identity. However, as yet, the academies of Europe are not connected by a common research infrastructure. The academies of Europe are rooted in a centuries old tradition of academic elite. They are politically independent hubs of concentrated scholarship whose work is not dictated by economic and societal pressures. Their forms, functions and research emphases vary from country to country, mirroring the diversity of Europe itself. As Europe and the European Research Area consolidate, the question arises of the potential within the diversity to create an integrative academies research infrastructure.

There was no way of answering this question: against the backdrop of the European research landscape, the science academies were a black hole. The SASSH initiative collected the information needed to answer it, producing the first inventory of what research is being carried out where, by whom, and with which means in the academies’ SSH research landscape. 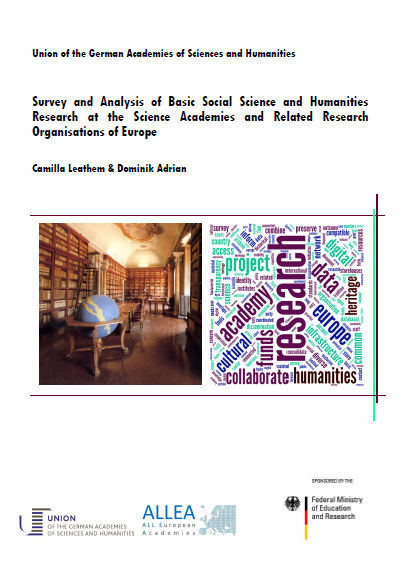 Going Digital: Creating Change in the Humanities
Scroll to top