The process of European integration has arrived at a crossroads. Events like the Eurozone crisis, disagreements on migration and the Brexit referendum call for reflections and reassessments of the ideational and political foundations of Europe. What has held Europeans together and what is dividing them? What kind of Europe do we want to create?

Inspired by a conference at The British Academy, ALLEA has invited its Member Academies to address these questions in a series of conferences across Europe. The series “Europe on Test: Narratives of Union and Disunion” aims to address historical and contemporary developments from a variety of disciplinary perspectives.

On 20 October, the Göttingen Academy of Sciences and Humanities hosted the first conference within the series under the theme: “Germany and Europe – Views from Within and Without”. Historians and political scientists discussed the historical, present and future relations of Germany in Europe, focusing especially on the UK and France. The academic panels were accompanied by a speech from Stephan Weil, Prime Minister of Lower Saxony, on the possibilities of creating “unity in diversity” in times of mass migration. 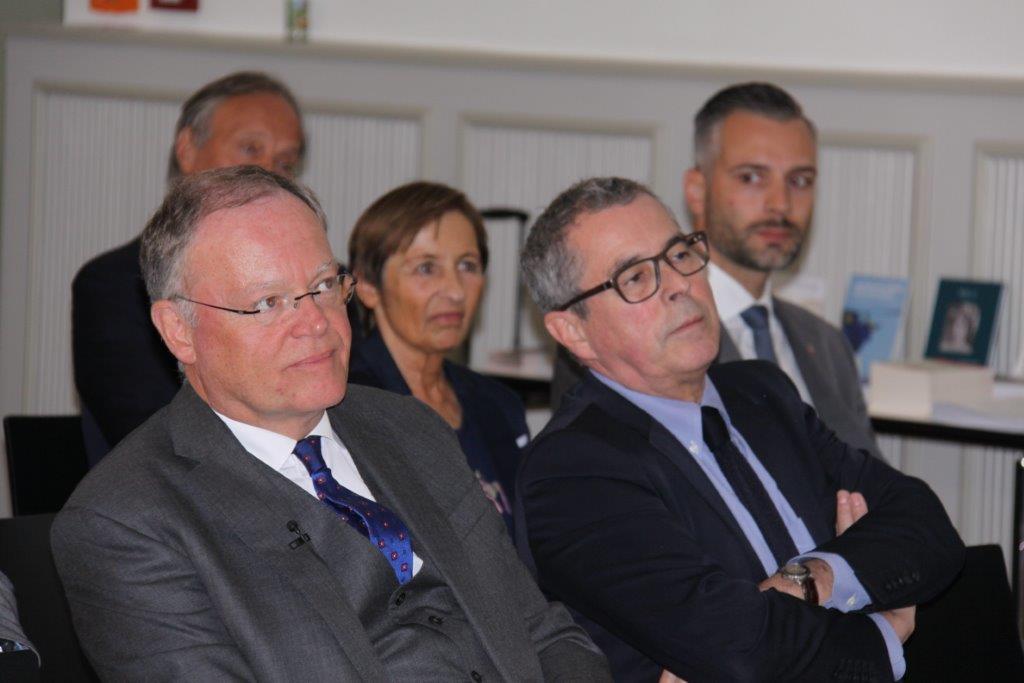 Professor Andreas Gardt, President of the hosting academy, opened the conference and welcomed the participants to the discussion. ALLEA President Professor Antonio Loprieno introduced the topic of the conference series emphasising the role of Academies as a prominent example of the long history of establishing a cosmopolitan European society. He further stressed that the vision of a common European identity based on democratic values and ideals of openness is under scrutiny by apparently “irreconcilable divisions” among the people of Europe:

“While taking advantage of European citizens’ asymmetrical access to the benefits of a globalised, cosmopolitan Europe, even nationalist, right-wing populist movements are acting in a transnational European playing field, and they are building upon well-established networks across Europe. This shows what a complex, multi-faceted issue Europe is”, Professor Loprieno said.

Following up on these introductory remarks, British journalist David Goodhart gave a talk on the various sets of values that divide citizens in Europe. He posited that Europe had witnessed a domination of a “new openness” narrative over the last 30 years, promoted by the liberal democratic left, which now seems to have ended. With this came a liberal promise that openness towards peaceful globalisation would yield benefits for everyone. He claimed that this promise had never been realised, particularly in the UK and the US, leading instead to a cultural division into what he calls ‘meta-tribes’ of ‘anywheres’ and ‘somewheres’, exhibiting achieved versus ascribed identities.

Goodhart explained that ‘anywheres’ are much more individual, have more affluent identities that are much better suited to deal with rapid social transformations and change.” This divide and the seemingly moral superiority of ‘anywheres’ have caused the unbalancing of societies and a backlash on European integration and the rise of a defensive national populism.

The conference continued with a panel on the historical trajectories of European integration after the Second World War. Professor Piers Ludlow (London School of Economics) highlighted the role that the rivalry between Britain and France over the future of Germany – and hence over a European community – still plays today.

He further expressed hope for the future of post-Brexit relations between Germany and Britain, highlighting that “Germany is nowadays rather seen as a solution to the European problem in Britain, not as a problem.”

In the following talk, Dominik Geppert provided a German perspective on the German-British relationship and claimed that different attitudes towards Europe can be traced back to different experiences with post war reconstruction, memories of their imperialist pasts, and socio-economic developments in the 19th century.

The impact of Brexit

In the political science panel, Simon Bulmer and Andreas Busch discussed the future of the EU and the impact Brexit will have on it. All speakers highlighted the enormous challenge that the UK leaving the EU poses to Europe. Simon Bulmer presented Germany as Europe’s “reluctant hegemon”, growing more and more into the primary adherent of the liberal world order. Andreas Busch criticized both sides for not understanding the other’s particularities and predicted that any form of ‘deal’ or ‘no-deal’ would only reinforce nationalist, anti-liberal tendencies in Britain. Stefan Colignon compared economic developments in France and Germany, predicted France as the next booming economy in Europe, and concluded that both countries are not as different as the caricatures painted of them often suggest. 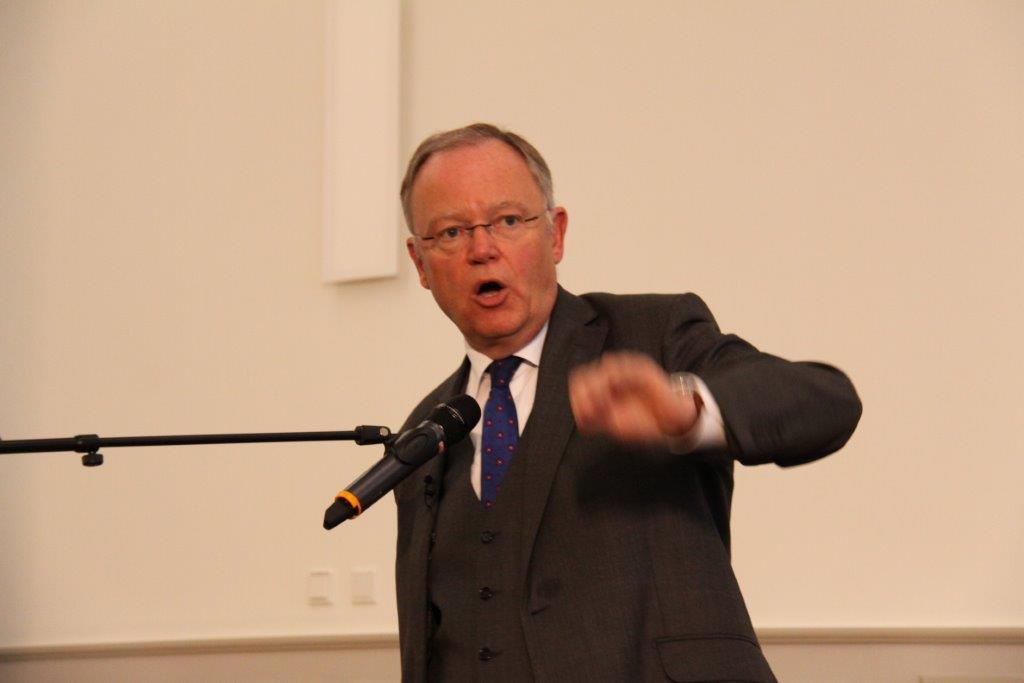 In his speech on the possibilities of “unity in diversity” in Europe, PM Stephan Weil (SPD) emphasised that Europe cannot only be a project of the elites, and underscored the  importance of finding a solution to the “refugee crisis”, stating that Europe would only be able to find a viable solution by standing close together. He finished by outlining concrete steps in order to come to a solution and strengthen European integration at the same time,  for instance by replacing the “Dublin-System”, implementing effective EU border control, and combating the causes for migration and flight.

The conference ended with perspectives from Poland and Russia on European values and analyses of recent political and social developments in the two countries by Adam Krzeminsnki and Vladislav Belov.

Speaking on the importance of the conference series “‘European Narratives of Union and Disunion”, and on the relevance of exchanging ideas about the changes undergoing the European continent, Professor Antonio Loprieno said: 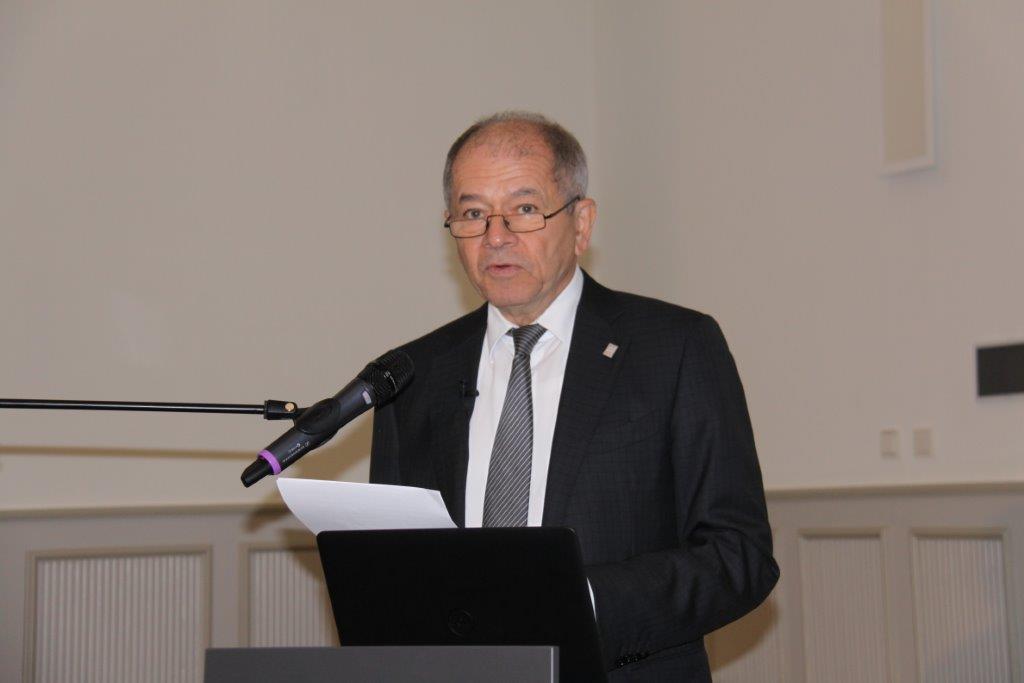 „We are experiencing today a simultaneous convergence and divergence of European societies. This conference in Göttingen and the upcoming conferences at other European academies are important and necessary contributions to the scientific view on the complicated mosaic of cultural and political identities in Europe.”